Meet Clover, the next generation of DeFi on PolkaDot and Kusama 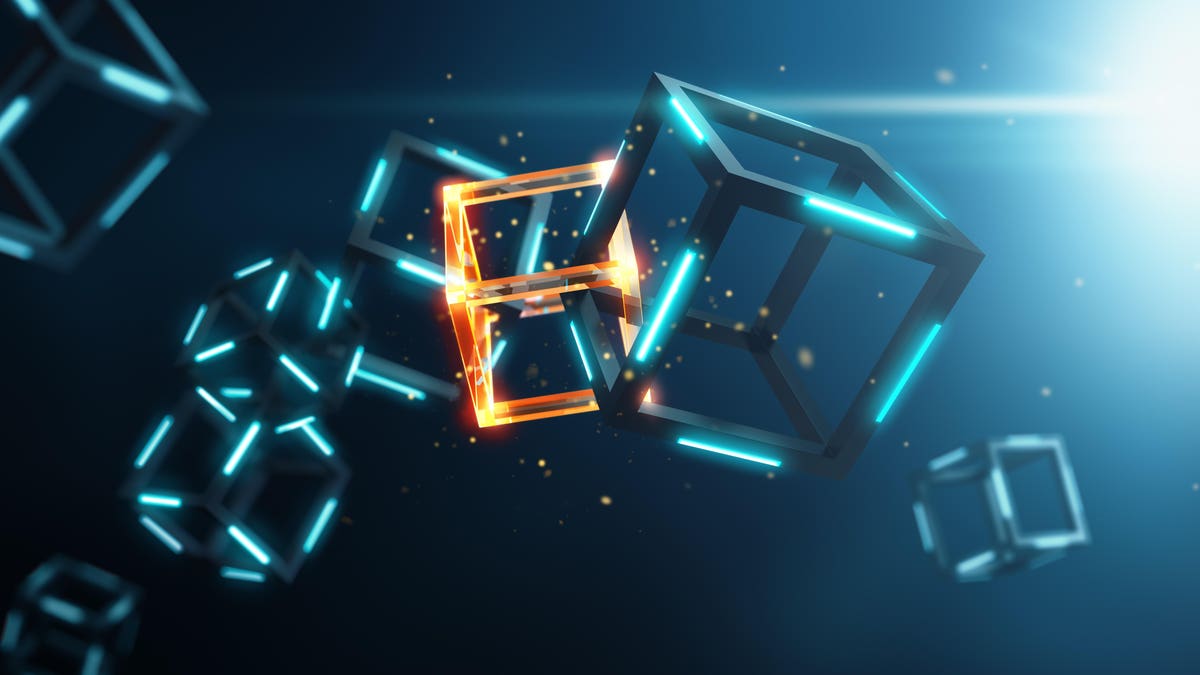 DeFi, or Decentralized Finance, has been one of the biggest catalysts of the recent Crypto Bull market. From stable coins, loans, trade, financial derivatives and insurance protocols, DeFi projects have created new business models to innovate the financial system. The total market value of current DeFi projects has grown exponentially from nearly $ 700 million in early 2020 to over $ 60 billion today.

However, the traditional financial system remains reluctant to take on many of these projects because the blockchains they work with are either too slow, too expensive, or too centralized. For example, Ethereum has an average transaction fee of $ 15 to $ 50 and can go as high as $ 300 during peak hours. This makes running daily financial applications impractical. There are centralized alternatives, but centralization poses challenges in building trustworthy financial instruments.

A new set of offerings will be launched this month to develop DeFi, which is both decentralized and affordable, based on the Polkadot network as well as the ‘sister’ test network Kusama.

Polkadot, created by Gavin Wood, co-founder of Ethereum, aims to solve the problem of high gas charges by providing a heterogeneous architecture for the exchange and translation of multiple chains that allows custom side chains to connect to public blockchains . As a sharded multichain network, Polkadot can process many transactions in multiple chains in parallel, eliminating the bottlenecks that occurred in older networks where transactions were processed individually. The PolkaDot ecosystem includes a number of DeFi applications that allow all existing Layer-One solutions and applications to communicate with one another.

Of the upcoming PolkaDot network projects, three infrastructure projects have received the most attention from investors: Acala Network (a DeFi hub on PolkaDot), MoonBeam (a smart contract platform on PolkaDot), and Clover (an operating system parachute on PolkaDot).

As a non-technical participant in the blockchain ecosystem, I wanted to better understand the implications of this technology and was privileged to sit down with the team at Clover. The development team is led by Toronto-based computer scientists Viven Kirby and Burak Keceli, while the company is led by Norelle NG, an aspiring female powerhouse who was previously a partner at Bithumb Holdings and head of customer relations at Amber Group. Clover is backed by some of the top investors in the industry including Polychain Capital, Alameda Research, the OKex Block Dream Fund, Hypersphere Ventures, Moonwhale Ventures, and Kyros Ventures. It will be available to the public through the popular CoinList retail token platform.

Clover Finance is committed to creating the lightest, fastest cross-chain DeFi infrastructure on Polkadot to meet the speed and cost challenges in the current DeFi ecosystem. When looking for alternatives, Clover chose Polkadot because, as a sharded, multichain network, Polkadot can process many transactions in multiple chains in parallel, removing the bottlenecks in older networks where transactions were processed one at a time. For the common user, these improvements are felt in the speed of even the most complex transactions between multiple applications. 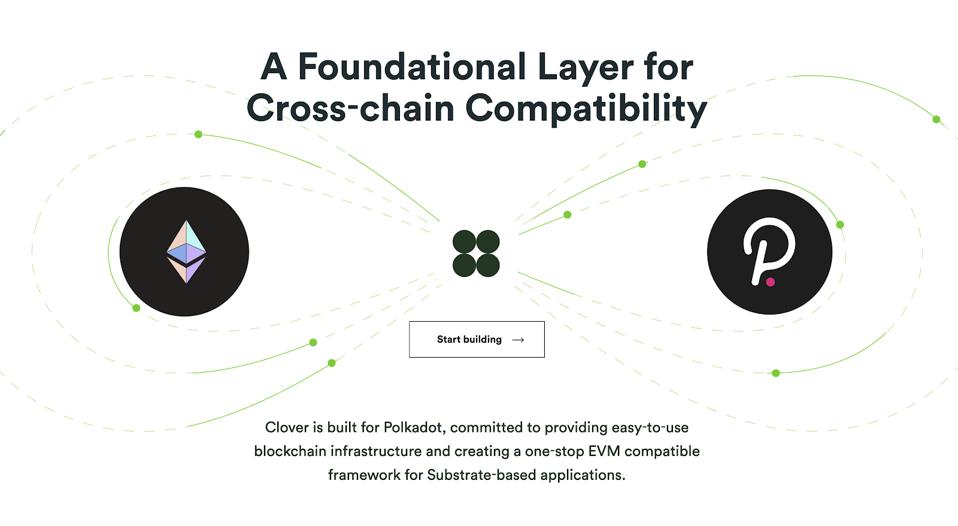 Clover is a smart contract platform that Ethereum developers and projects can use to migrate theirs … [+] Contracts on Polkadot.

Clover combined the power of Polkadot with Substrate to realize low gas fees, fast trading experiences and anonymity for its users, as well as Chainlink to implement oracles to get trusted data out of chain and enable credits, borrowings and more. To achieve an even higher level of interoperability, Clover developed “SPV chain simulation technology” to enable seamless cross-chain communication across financial networks. This element is useful for developers who want to develop new and innovative financial applications that connect different stakeholders, especially in the traditional financial system.

As part of Clover’s secret sauce, Clover uses BIP Schnorr compatible threshold signatures to ensure a high level of decentralization. Many other alternatives either have semi-federated governance or require increased transaction costs.

“We hope that by improving the overall user experience, the availability of layers of infrastructure like Clover will become the perfect gateway for new users to participate in decentralized financing,” said Norelle Ng, co-founder of Clover.

Clover puts together a range of products for an integrated DeFi experience from a single source, starting with the Clover Multi-Chain Wallet, the Clover Explorer and the Clover Scan.

The Clover Wallet allows users to connect to multiple public chains at the same time, so users can view multiple assets without having to switch networks. The product will initially support Ethereum, Polkadot, Kusama, Binance Smart Chain, Avalanche and Fantom. Users are given a cross-chain address for Polkadot and Ethereum-based transactions.

“We believe that a bespoke DeFi infrastructure on Polkadot and Kusama will provide cross-chain compatibility, interoperability, and a seamless multi-chain user experience that users are currently lacking,” said Viven Kirby, co-founder of Clover.

Starting a “Parachain” project on the Polkadot Network is extremely competitive and requires significant capital. As companies compete for their place, most choose to join Polkadot’s sister network, Kusama. Kusama is considered to be the CanaryNet network for Polkadot and it is expected that many of the projects that fail to win a place on Polkadot will continue to live on Kusama.

To follow suit, Clover will launch his sister network Sakura on the Kusama mainnet. The launch will include a native decentralized exchange and derivatives product to enable the emerging internet bond market. Sakura will also incentivize developers who are familiar with both the Polkadot development framework and the Ethereum development tools to create additional projects on the network.

“Clover and his sister, who offer Sakura, provide a powerful smart contract platform that Ethereum developers and projects can use to migrate their contracts to Polkadot. We believe that Clover will be the chain-independent parachute candidate to support as many ecosystems as possible running DeFi projects, ”said Helena Liu, investor at OKex Blockdream Fund.

Over the next few months, blockchain investors and network participants will be able to participate in several offers on PolkaDot as a completely new ecosystem is introduced. As innovators continue to seek to address the flaws in the financial system, it remains to be seen whether new developments at Polkadot and Kusama can improve the DeFi ecosystem to pass the test of traditional investors.