Meet five MBA entrepreneurs who are pioneering the Bitcoin blockchain 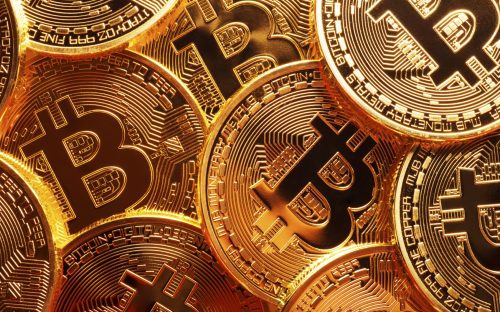 MBA students from some of the world’s top business schools are pioneering the cryptocurrency Bitcoin in disruptive startups hoping to compete with big banks. MBAs are tapping into new technologies that support Bitcoin in businesses in areas such as payments, lending, and international transfers.

“The underlying blockchain technology has the potential to affect the global economy to the extent of the Internet,” said Dan Elitzer, an MBA student at MIT Sloan School who works at Circle, a leading bitcoin start-up in the US, worked.

You are following the stream of high-profile Wall Street leaders who are ditching JPMorgan, Visa and Citi in favor of Bitcoin startups that are raising more and more venture capital. VC-backed Bitcoin companies raised $ 4.8 billion, according to CB Insights.

The increasing interest in Bitcoin among MBAs is also because elite US business schools are addressing the subject in formal courses on the digital currency.

Both NYU Stern and Duke Fuqua Business Schools have made Bitcoin programs available to their MBA students.

Fuqua’s Professor Campbell Harvey said the Bitcoin blockchain has the potential to “disrupt the way we transact, verify property, and construct contracts.”

Not only nimble start-ups are pushing into the Bitcoin sector, but also large lenders: Goldman Sachs caused a sensation this month when it applied for a patent for a new virtual currency called “SETLcoin”. Others, including HSBC and UBS, recently joined an initiative to develop the R3 blockchain.

“Many of the big banks may be using blockchain technology to create internal systems for transferring money across borders or between banks,” said David Yermack, professor of finance at NYU Stern.

Last year, Harvard MBA Paul Camp was global director of $ 3 billion-a-year transaction services at JPMorgan. He is now the Chief Financial Officer of Circle, a mobile payments start-up based on the Bitcoin network.

Circle launched its first product, an app for storing and transferring Bitcoin, last year. According to its own statements, the company has won customers in the “six-figure range” in 100 countries.

Circle, which has offices in Boston, San Francisco and Dublin, is backed with $ 76 million from investors including Goldman, IDG China, Breyer Capital, Accel and General Catalyst.

Since graduating from Harvard, Paul has worked for Bank of America and in numerous positions at Deutsche Bank, including managing director of cash management for financial institutions.

Former Visa CEO Joe Saunders led the payments company through its IPO on the Nasdaq seven years ago. Since retiring in 2012, the University of Denver MBA has made a bold return, venturing into the financial technology sector with the creation of Green Visor Capital, a VC firm focused on fintech startups.

Key investments include $ 8 million in Cloud Lending Solutions, a technology provider to peer-to-peer lenders; $ 5 million went to DataFox, a research and analysis platform; and a $ 1.5 million injection to Kash, a San Francisco-based payments company that is acquiring credit card providers.

“The changes brought about by the introduction of new technology have been dramatic and will only accelerate in the months ahead,” said Joe, a former chief executive officer of MasterCard, recently.

Stanford MBA Chris Larsen can trace his roots in fintech. The CEO and co-founder of Ripple, an alternative cryptocurrency based on Bitcoin, also founded E-LOAN, one of the first online lenders, which was acquired in 2005. Chris also founded Prosper, a leading US peer-to-peer lender and was the company’s CEO until 2012.

Ripple is his newest company. It tries to solve some of the problems associated with Bitcoin such as: B. the time it takes to verify transactions.

“If you were to conduct a transaction with all types of hedge funds, it could pave the way that requires an instant hop instead of 20 hops,” he told Business Insider.

Google Ventures and Andreessen Horowitz, the Silicon Valley VC company, have invested in Ripple. It has raised a total of $ 70 million and is reportedly valued at $ 100 million.

Wences Casares, a graduate of Harvard Business School, is the founder and CEO of Xapo, which offers two products: an easily accessible wallet for Bitcoin and a locked cloud storage. It should combine comfort with security.

Xapo is working to strengthen its security offering by placing elements of its security architecture in a low-orbit satellite.

“Bitcoin’s scalability depends on consumer confidence and the development of services that enable people and institutions to easily and securely store and use Bitcoin,” said Wences in a blog post.

Since leaving San Francisco State University with an MBA, Ayako Miyaguchi has led the launch of Kraken Bitcoin Exchange in Japan.

Kraken is a leading Bitcoin exchange in the US and hopes to expand globally. When it launched in Japan, Ayako said Kraken’s ability to handle larger volumes will be a bait for potential Japanese users, such as traders, who may not have experimented with Bitcoin yet.

“We can do that better than the smaller exchanges,” she said at the time. As managing director, she leads projects and businesses and takes care of compliance.

Headquartered in San Francisco, the company has raised $ 6.5 million in venture capital from 11 investors including Blockchain Capital and Hummingbird Ventures.

Why bitcoin bears should beware of making mistakes