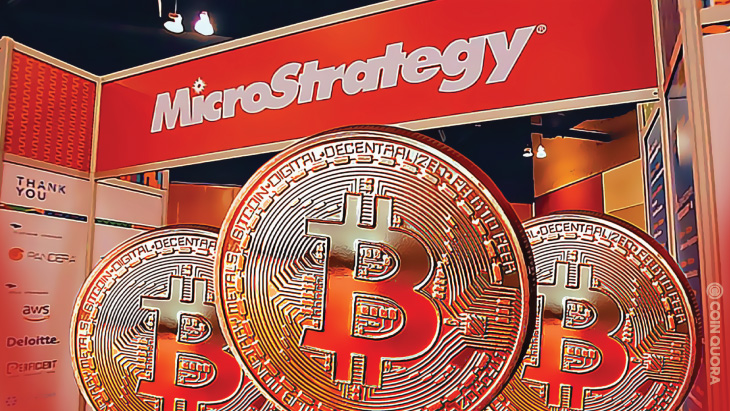 MicroStrategy stuck to its Bitcoin strategy through thick and thin. At this point, any slump seems like a buying opportunity for the company, which has completely thrown its weight behind Bitcoin. Its CEO Michael Saylor is a maximalist who believes the future is Bitcoin. MicroStrategy increased its bitcoin investments during the year and accumulated over 100,000 bitcoins.

The company is also now expanding its position in the digital asset. CEO Michael Saylor announced that the company has purchased an additional 5,050 bitcoins, bringing the company’s total assets to approximately 114,042 bitcoins. The 5,050 bitcoins were bought for around $ 242 million, with an average price of $ 48,099 per BTC. That brings the total digital asset held by the company to $ 3.6 billion. All are received at an average price of $ 27,713 per coin.

MicroStrategy has refused to sell its crypto holdings at any time. Crashes don’t seem to weaken the company as it invests even more in the asset with each drop in prices. This latest acquisition shows their commitment to Bitcoin’s long-term growth. Saylor also has a personal and institutional interest in the asset and is one of the most vocal supporters of the digital currency.

MicroStrategy is making the right steps

MicroStrategy has now apparently given up traditional assets to invest in Bitcoin. A report by Bitcoinist shows where the company would be for profit if it had chosen to invest in one of the most famous traditional investments, gold, instead of investing in Bitcoin. Since Bitcoin has continuously performed at least 200% better than gold compared to the previous year, MicroStrategy’s investment would have significantly less return. Or, as the report shows, the company would be losing money at that point.

Comparisons between the digital asset and gold from March to June 2020, the period when the company first invested in Bitcoin, show the current value of the investment. MicroStrategy had about $ 2 billion in its Bitcoin investment, which is currently up over 376% in a year. However, if the company had invested that $ 2 billion in a traditional asset like gold, it would have lost 80% of its total value.

This is because gold has had negative investment returns over the past year. Thus any investment in the asset would result in a loss. The success of MicroStrategy’s Bitcoin investment has also strengthened the company’s profit position. Not only does its investments outperform gold, but the company itself has outperformed gold in the market.

MicroStrategy stocks are up 428% in the year following the launch of the Bitcoin fund. Outperforms both the NASDAQ and the S & P500 combined. MicroStrategy is currently the leading corporate investor in Bitcoin.