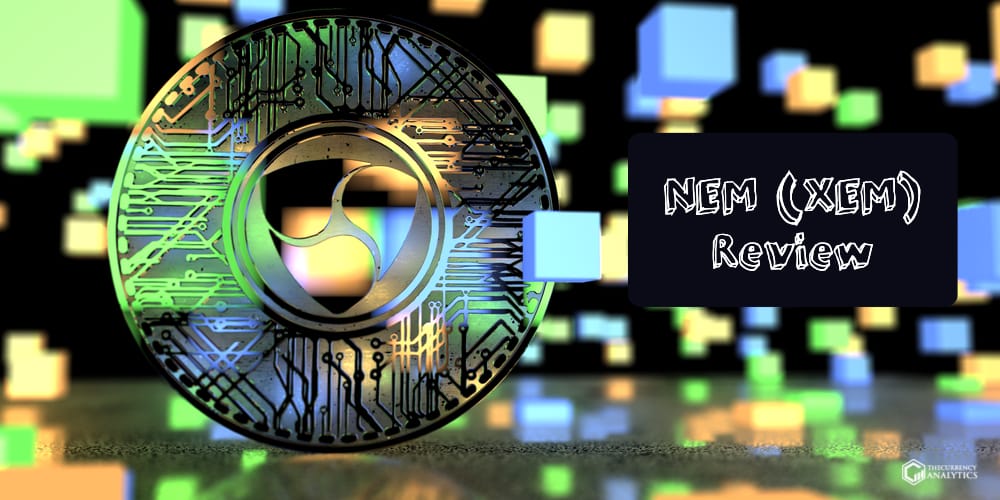 Not all cryptocurrency projects work for the same purpose. While some projects are heavily marketed for regular investors and individuals, others are marketed for business enterprises, such as NEM (New Economy Movement).

NEM has gone through several growth stages, development issues, and even a massive hack to Coincheck, which gave the hackers approximately 523 million XEM coins. However, NEM was able to come back from that low point, and it’s now an interesting asset to research.

On this page, we’re going to go over NEM’s history, value, and benefits for business enterprises. If you want to know more about this project, make sure to keep reading until the end!

How Was NEM (XEM) Created?

The first instance of NEM came in March 2015, when the three anonymous developers created a fork-out version of NXT, which is a popular digital asset and network platform. It wasn’t until late 2015 when NEM was rebuilt from scratch fully and started gaining more popularity in the crypto market.

To put it simply, NEM is a blockchain solution aimed at business enterprises. Its goal is to serve as a bridge between private and public blockchains, making the transfers of digital assets quicker. Currently, users cannot move money from a private blockchain to a public blockchain seamlessly, and NEM aims to make those transfers possible.

People may also use NEM to build, distribute, or trade other compatible tokens within the NEM ecosystem.

One of the most remarkable aspects of NEM is its technology. It features a newer consensus mechanism called Proof of Importance (PoI). In PoI, the user receives rewards according to the amount of XEM you’ve vested within the NEM system. You need a minimum of 10,000 XEM tokens vested to apply to receive blockchain rewards.

Additionally, PoI rewards users who make transactions within NEM’s network by increasing their PoI score. If the user has a higher PoI score, they have a higher chance of getting a reward.

On the other hand, NEM works with harvesting, which is an alternative to standard crypto mining. In this alternative, the user can link their account to a super-node which can complete network blocks with the node’s computing power. Thanks to the “Harvesting” alternative, people don’t need such a powerful computer to complete the blocks, making it a more energy-efficient option.

How Many NEM (XEM) Tokens Are Available Today?

The XEM token can be used as a way to enable easy transfers, such as contracts, tokens, and more. However, its main goal is to make smart contracts easier to execute.

Where Can You Purchase NEM (XEM) Tokens?

Acquiring XEM tokens is reasonably easy since its available on many crypto exchanges, such as Binance, Bittrex, and Kraken. Currently, you may only store XEM tokens using NEM’s “Nano Wallet,” which allows you to store and trade your assets with ease.

You may also use the Nano Wallet’s mobile version to make your transactions from your phone or tablet if you want.

NEM (XEM) has proven to be a project with high potential. Not only it eases network congestion by providing faster transaction times, but it also aims to connect private and public blockchains, allowing users to trade their assets more efficiently.

The USA crashes China as the world’s largest bitcoin miner and, following Beijing’s procedure, accounts for a third of the world’s hash rate | Currency News | Financial and business news