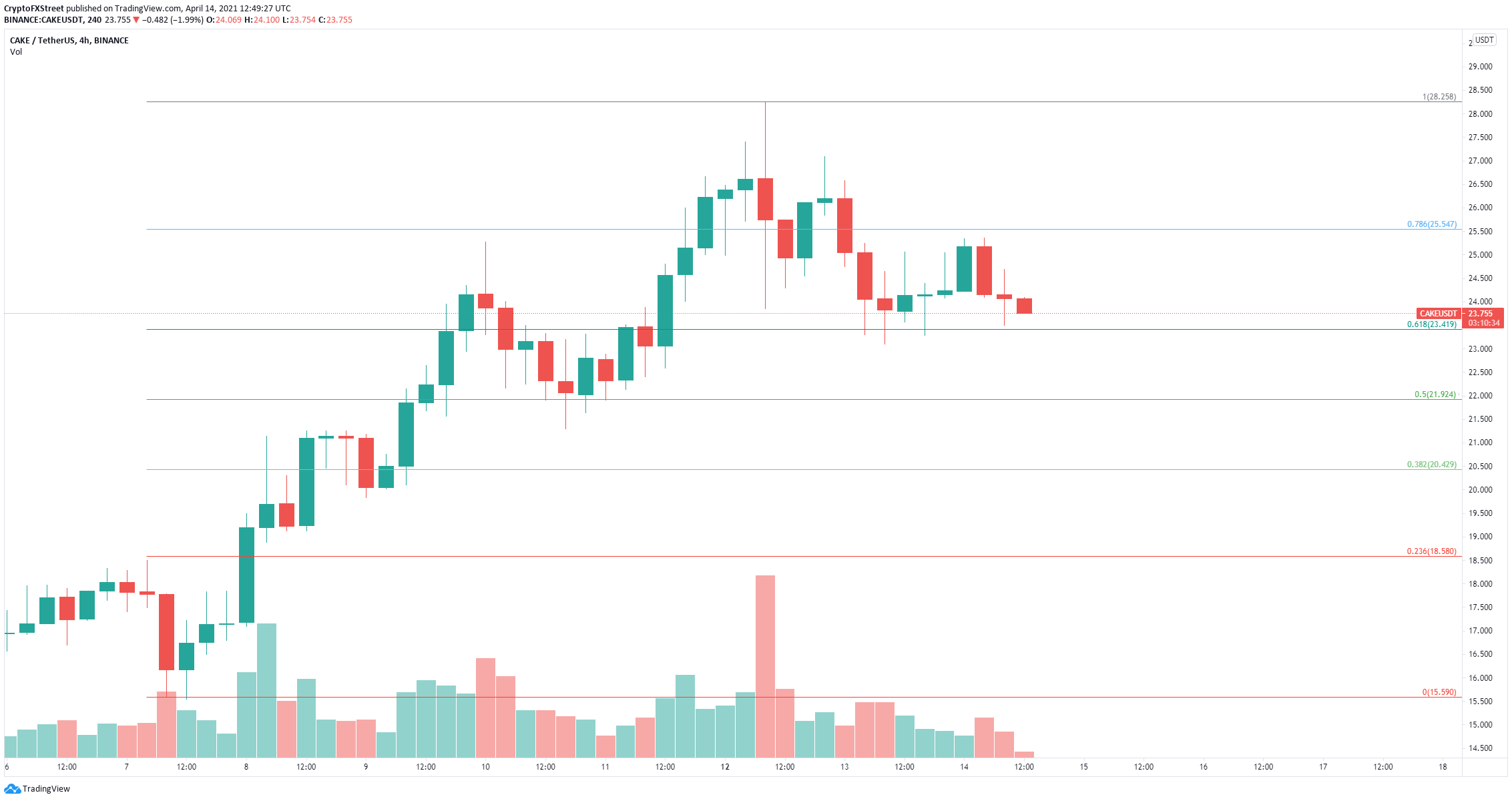 In 2021, the price of Ethereum exploded from a low of $ 700 to a current all-time high of $ 2,400. However, this rally also caused gas fees for the Ethereum blockchain to skyrocket. Users had to pay $ 15 to $ 20 per normal ETH transaction and up to $ 200 for interactions with smart contracts.

With such a sharp surge in gas fees, cryptocurrency investors began looking for alternatives. While Cardano and Polkadot blockchains have a lot of potential, they don’t yet have smart contracts. On the other hand, the Binance Smart Chain and Terra do it.

The BNB price skyrocketed to a new all-time high above $ 600 and hit a market cap of $ 90 billion, ranking 3rd among Bitcoin and Ethereum. Pancake Swap is the uniswap of the BSC chain and, in addition to BNB, also had a significant rally.

After rallying 80% since April 7th, CAKE was consolidated but was able to hold the 61.8% Fibonacci retracement level, a critical short-term support point. A rebound from this level should push the CAKE price towards the Fibonacci level of 78.6%.

Pancake Swap plans to release the second version of its platform in the second quarter of this year to introduce binary options, lending and borrowing, and many other improvements to the stock market. 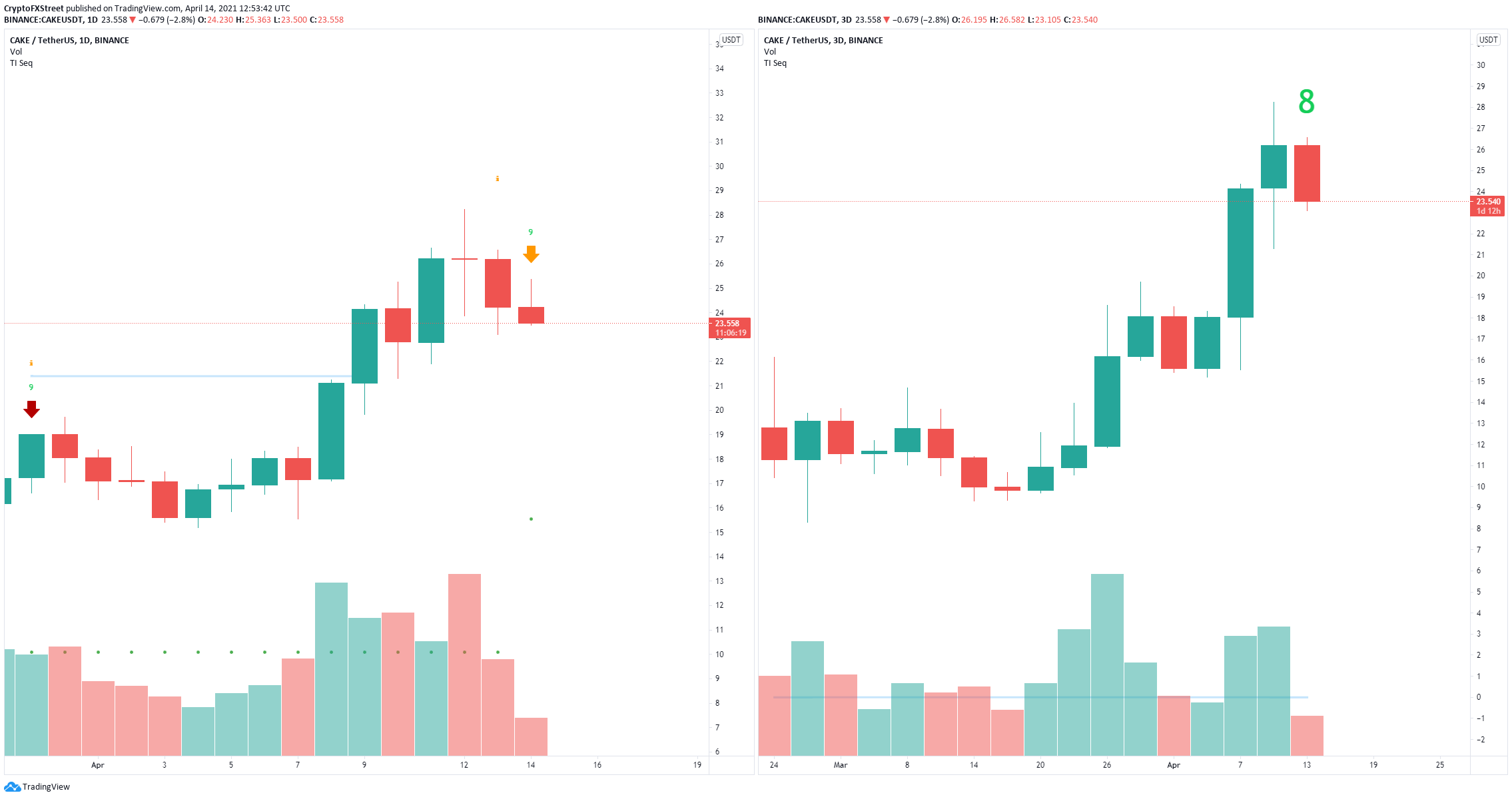 However, there appears to be significant selling pressure as the TD Sequential indicator has displayed a sell signal on the daily chart and a green 8 candlestick on the 3 day chart, which is usually followed by another sell signal.

After such a massive rally, it is not surprising that CAKE needs a correction. A breakdown below the 61.8% Fibonacci retracement level at $ 23.4 will quickly propel CAKE price towards $ 21.92 at the 50% Fib level.

Terra Money is a blockchain similar to Ethereum with faster and lower fees. Of course, investors quickly noticed and began to accumulate the digital asset LUNA in order to reap its benefits. 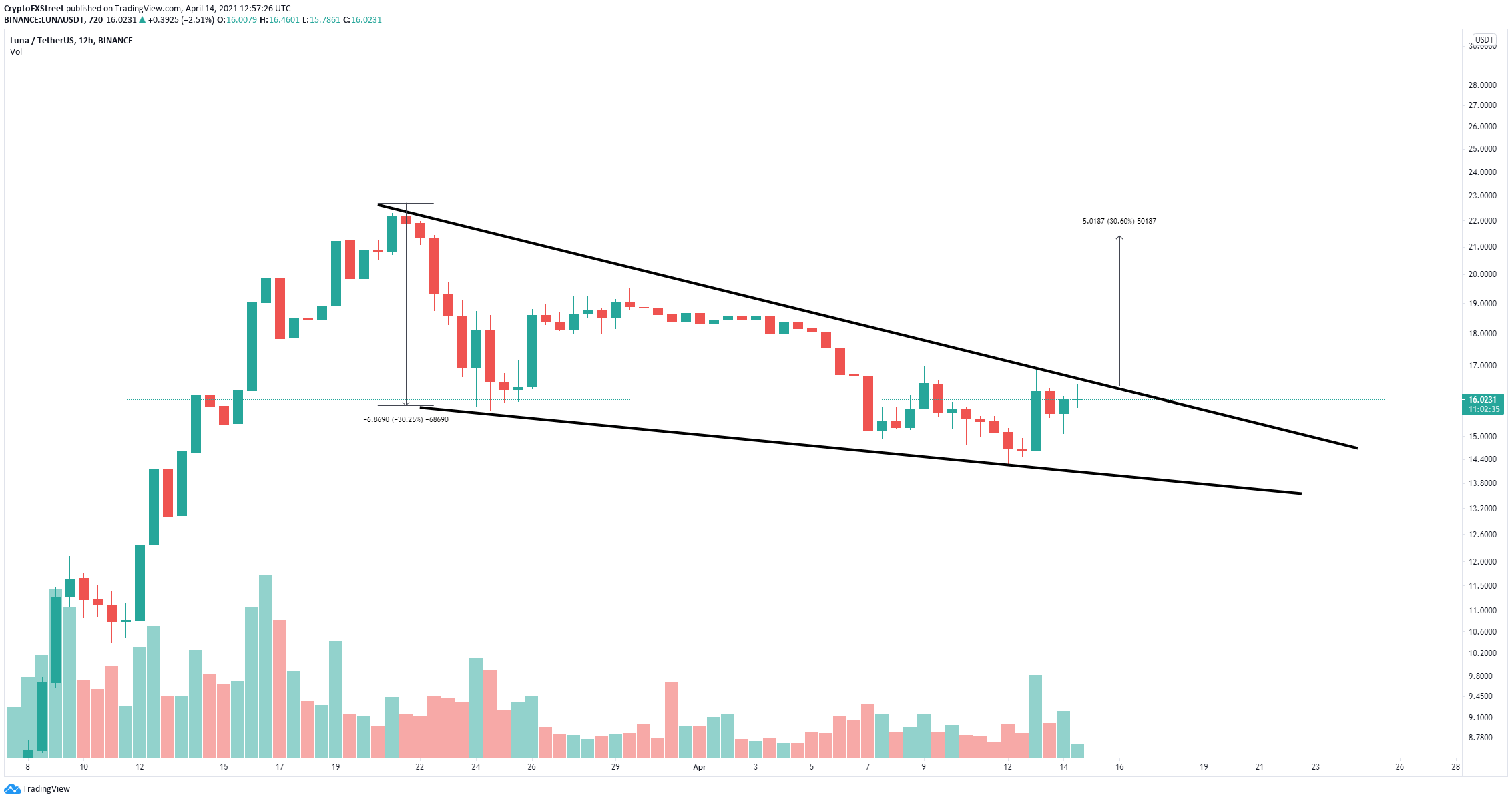 On the 12 hour chart, LUNA has formed a descending wedge pattern drawn by connecting the lower highs and lows with two converging trend lines. The key resistance level is at $ 16.4.

A breakout above this point should initially drive the Terra price towards USD 19.5 and in the long term to USD 21.4. Conversely, if the bears can hold the upper bound resistance level, LUNA will fall to the lower trendline of $ 14.