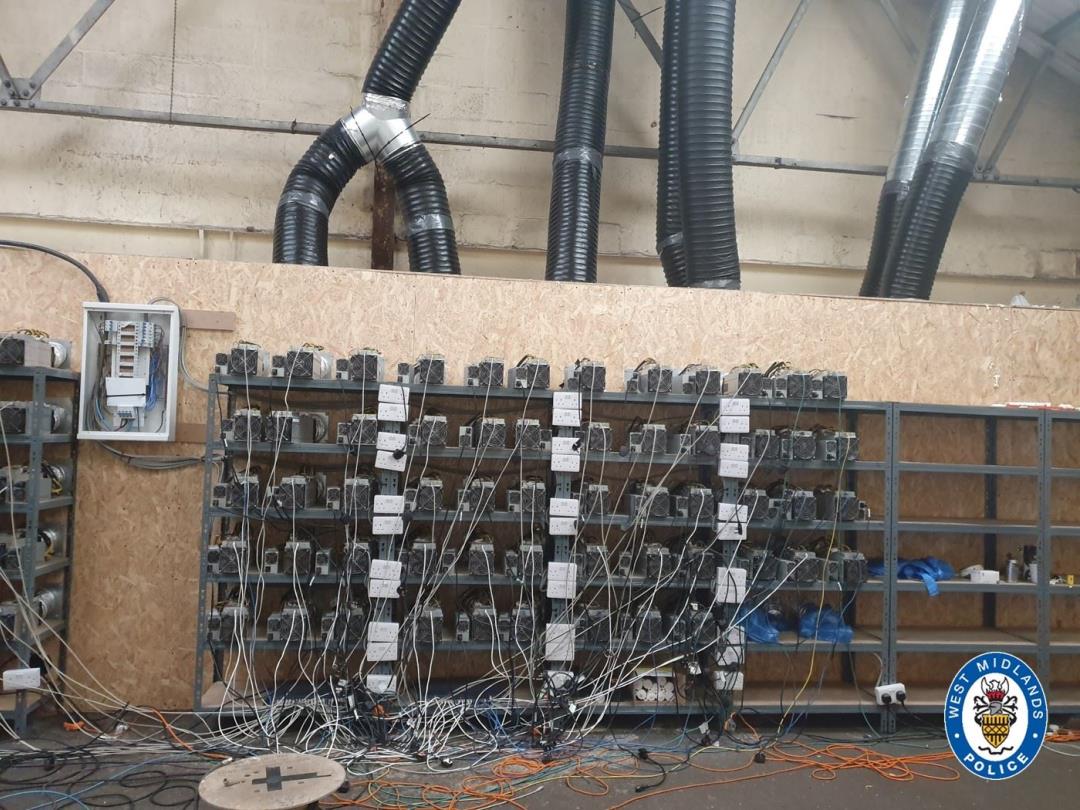 (Newsletter)
– Police in the UK say that a building they were watching had people going in and out 24/7, numerous cable and ventilation ducts were visible, and emitting a lot of heat – all “classic cannabis factory signs”. But when West Midlands police raided the factory in an industrial area last week, they discovered a Bitcoin mining operation using stolen electricity, the Guardian reports. In a Facebook post, police said the operation was running around 100 computers to mine for bitcoin, an energy-intensive process that involves solving complex equations to unlock blocks of the cryptocurrency.

“It is certainly not what we expected,” said Police Sgt. Jennifer Griffin in a statement on CNBC. “It had all the hallmarks of growing cannabis, and I think it’s only the second such crypto mine we’ve come across.” In the West Midlands. “She said that her understanding is that cryptocurrency mining itself isn’t illegal – but electricity Stealing from the net is clear. Police say the equipment has been confiscated and while no arrests have been made yet there are a lot of questions for the owner of the device (Read more Bitcoin stories)

The rising price of Dogecoin revives its technological development

Why you are either optimistic or wrong about Ethereum ⋆ ZyCrypto