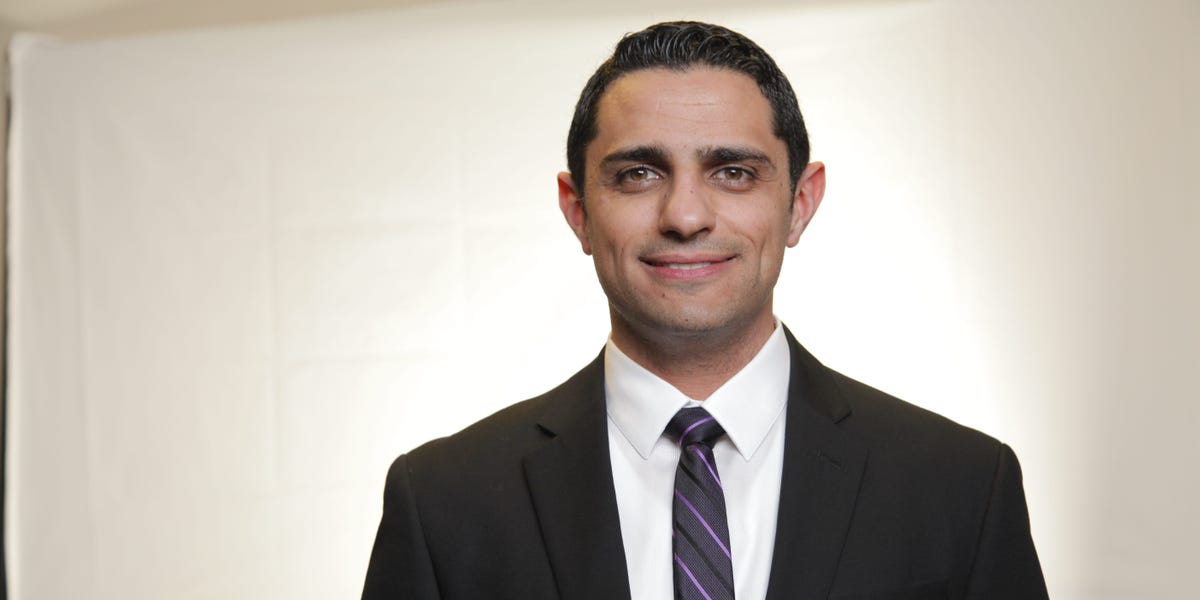 Make no mistake, Michael Boutros is a trader through and through.

After working for almost every major forex broker on Wall Street for the past 15 years, he has tested and refined his own tech-based trading strategies down to the last detail.

Since the rapid and furious market crash in March 2020, the volatility in traditional markets has gradually subsided, but the trader in boutros always knows that “there are opportunities everywhere, you just have to know where to look”.

“It may not be an investor market, but it is always a dealer market,” he said, “and that’s what I do every day.”

With the flexibility and agility to benefit from short-term price fluctuations, it comes as no surprise that traders like boutros are drawn to the highly volatile crypto market.

Even better, with the maturity of the Bitcoin-dominated asset class, traders with expertise in technical analysis are particularly well placed to gain an edge.

“Technical analysis is just a study of crowd psychology. The more participants you have in an asset, the clearer the technical data is,” Boutros said. “With Bitcoin it is more of a mere mood game, which is why, from a technical point of view, the technical data becomes clearer the more investors come into the group and the more volume this asset begins to develop.”

After falling below an important support level of $ 30,000 on July 19, Bitcoin (BTC) has seen a sharp surge from its multi-month lows. On Friday lunchtime it was trading at over $ 42,000.

Boutros believes that traders shouldn’t get too excited for now. He sees a similar price trend for Bitcoin as in summer 2018.

“When you draw a parallel with the price action we saw with the decline in 2018, there are actually many similarities in both price and time,” he said. “In that particular decline, you saw a little neat rebound around the fourth or fifth month that gave way to another several month decline.”

In his view, Bitcoin is back in this transition phase between short-term recovery and prolonged slide. He adds that the largest cryptocurrency could rebound towards $ 45,000 before encountering major downtrend resistance, which could lead to another multi-month decline.

By January next year, Boutros sees Bitcoin break above the $ 45,000 mark and climb to new new highs.

For traders looking to take advantage of short-term price movements, the next few weeks are the best time.

While much of the crypto market moves in parallel with Bitcoin, some tokens have done better while others have plummeted harder than the dominant crypto, which is up over 47% since Friday noon.

The native Token of Ethereum, which activated a much-anticipated London upgrade on Thursday, rose 280% this year. For boutros $ 3,300 is the limit for ether (ETH) to mark the resumption of another uptrend.

“You will likely see Ethereum continue to rise in the next few days, but at $ 3,300 or $ 3,350 you want to start cleaning things up early,” he said. “You are facing a lot of uptrend resistance there, so close some longs and increase your protective stops.”

On the other hand, Litecoin (LTC), which is up about 15% this year, is about to hit a longer-term low before resuming a potentially strong uptrend, according to Boutros. The altcoin was trading at just over $ 148 on Friday lunchtime.

“Litecoin has seen a pretty steep decline. It has hit a pretty good low in the past two months,” he said. “I’m looking for a pivot and close above $ 150 to possibly be the resumptive move there.”

Boutros thinks so Ripple (XRP) is in a similar bottoming out process, but if it’s above $ 0.80 it will likely find meaningful support. The altcoin, which is up 248% this year, traded at $ 0.74 on Friday noon.

In the short term, it’s the same trade for Bitcoin, Ether, Litecoin and Ripple as traders should wait for the pullback, according to Boutros, even if they move higher in the short term.

“It’s too clean for this 10-day rally to just pause for two days and then go on,” he said. “There has to be a washout. We have to wash out some of the weak hands first and then all of a sudden at that low you want to start building up for a bigger rally.”