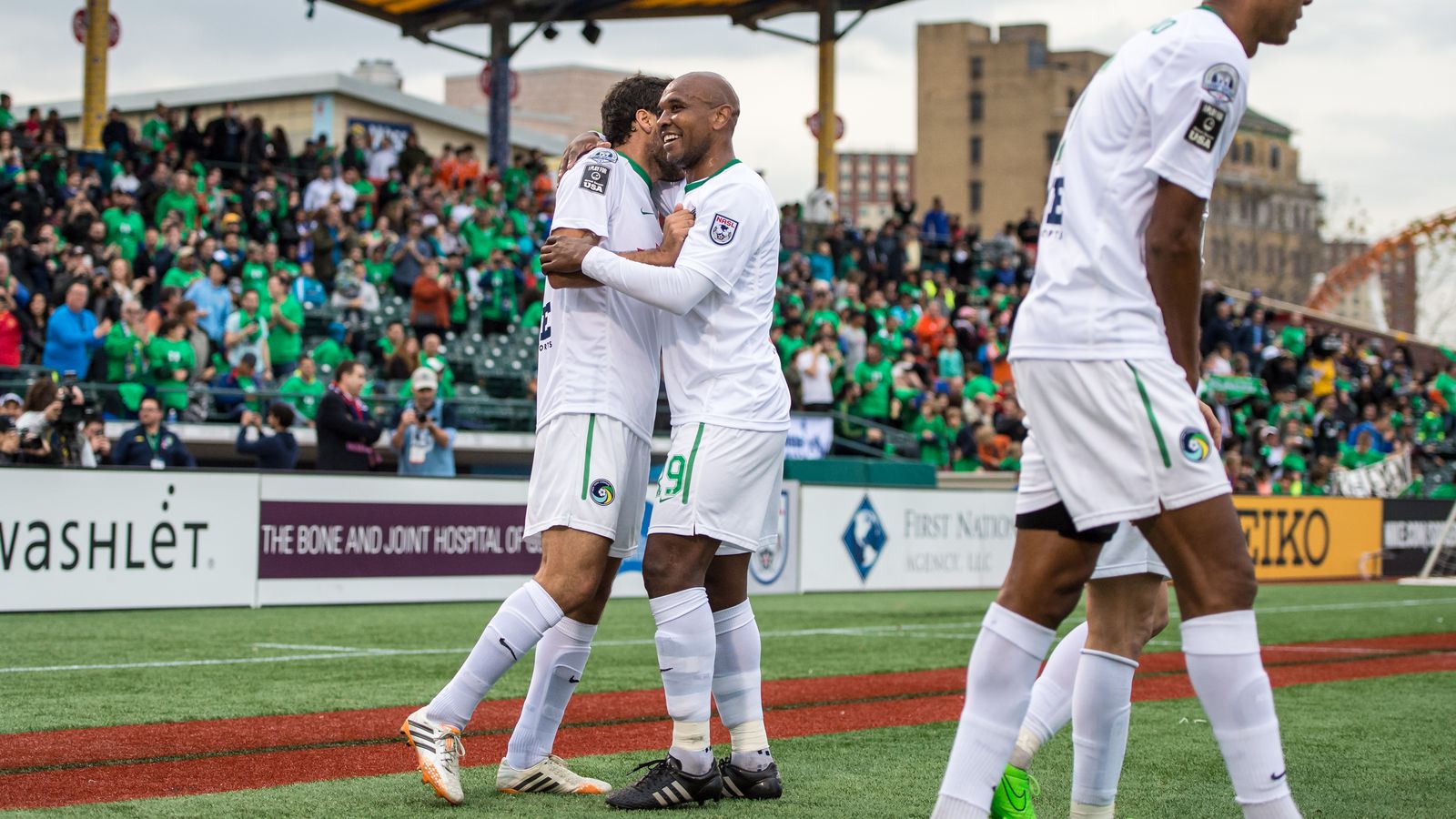 To be remembered as a cosmos legend means to have your name under the stars. It’s an honor to just put on the same kit as Beckenbauer, Chinaglia or Pele, but being remembered at the same level as these great players is a little more than anything. Two Cosmos players are hanging up their boots this year who will undoubtedly be remembered along with these greats: Marcos Senna and Raul Gonzalez. These two players have made a huge impact on the Cosmos on and off the field, and while their careers before and with the Cosmos may have been very different, there is no doubt that the two will go down in Cosmos history as legends and through.

Let’s look at Senna first. The prolific midfielder has been with Cosmos since 2013. Previously, he was a very important member of the Spanish club Villarreal, which he returned to the premier league in its final season. In 2008 he received the Don Balon, the award for the best Spanish player of the season. His amazing form continued for the next two and a half seasons at New York whenever his knees allowed him to stay on the pitch.

In the reboot season for Cosmos, he led the team by six goals and made the NASL Best XI. He scored four more goals in 2014 and scored three this year. But the biggest contribution that Senna made to the team wasn’t just the goals, but also the experience. Senna learned how to lead a team from his time in Spain. His valuable experience brought maturity and professionalism to the Cosmos and he became a figurehead of the team. Senna is one of the greatest in Cosmos history not because of his flashy play or big ego, but because he became one of the strongest, most down-to-earth and reliable members of the roster. In a sense, he worked behind the scenes; not so much the eye-catching goalscorer as the dependable and dynamic creator.

Raul Gonzalez Blanco had a different role to play for the Cosmos in his short but sweet tenure at the club. I don’t need to say much about the past of the Spanish legend, his résumé speaks for itself. After making his Real Madrid debut at the age of 17, he spent 16 years with Los Blancos, scoring a club record of 323 goals. He played for the national team over 100 times and scored 44 goals for La Roja. He scored another 40 goals for Schalke 04 in Germany before moving to Al-Saad in 2012. Overall, he has won countless awards, including 5 Don Balon, second place at the 2001 Ballon d’Or and a place on FIFA’s list of the top 100 living players. When he got to the Cosmos, not only did he become a huge influence on the field with 8 goals and three assists, but he also became the face of the Cosmos while he was there.

Wherever the New York Cosmos brand went, he went to promote it. Scarves, t-shirts, jerseys; all were minted with Raul and sent away. His whole arrival and role at the club was very “pele-esque” as he was the focus of almost every ad, media appearance, and visit. And it worked. The average number of visitors increased compared to the previous year, the attention for Cosmos increased and the team took every opportunity to bring the Cosmos brand onto the world stage. In what could be described as the yin to Senna’s yang, Raul became a noticeable eye-catcher. He was the seat filler, and when those seats were taken he put on a hell of a show.

These two players complemented each other perfectly. Senna fed the midfield, playing a dynamic role and controlling the flow of the game with experience, timing and class. Despite his 38 years of age, Raul shot through the opponent, rolled the ball to his teammates and scored some brilliant goals. Both players helped make the Cosmos the team they have become. The leadership, leadership and skill helped the cosmos to be successful in almost all of its endeavors. East River Derby, Cuba, Spring and Combined titles, all finished as Soccer Bowl Champions for the second time in three years and for the seventh time in history.

There was no more appropriate way to mail this pair of legends.