The platform has been in operation for six months, compared to two and a half years at UniSwap. Given its success, should UniSwap be worried in a comparatively short time?

PancakeSwap vs. UniSwap: Battle of DEXes

PancakeSwap Price Analysis: The CAKE coin price is ready to see a…

Although DeFi is associated with Ethereum, where DeFi activity occurs, excessive gas charges have opened the demand for cheaper alternatives. Enter pancake swap.

PancakeSwap is a decentralized exchange (DEX) that runs on the BSC. It uses an automated market maker (AMM) model to fulfill orders instead of the order book model that brings buyers and sellers together like on traditional exchange platforms.

The code analysis shows that PancakeSwap is a copy of UniSwap, with several lines still referring to UniSwap. Ethereum Maxis have called the platform a rip off. However, proponents of open source code say it is a fair game.

Nevertheless, PancakeSwap contains additional functions that cannot be found on UniSwap. Not only is it possible to wager liquidity provider tokens to earn CAKE, but it is also possible to wager CAKE to earn more CAKE or other BEP20 tokens. Currently, most of the APYs on offer are above 100%, with FOR Pool now achieving the highest return at 123.71%.

Both have similar volumes and market shares, with UniSwap leading the way on both counts and clearly ahead in terms of the number of available markets. But the fundamental difference is in the cost.

PancakeSwap fees are paid in BNB, with trades costing cents, a marked difference from UniSwap, where peak times equate to overwhelming fees. This is especially evident to users making transactions of lesser value.

Binance Smart Chain is not decentralized

“Proof of Authority (PoA) is a modified form of Proof-of_Stake (PoS), in which the identity of a validator takes on the role of the stake instead of the stake with the monetary value.”

Add to this compatibility with the Ethereum network, and there are compelling reasons for users and developers to switch to BSC. Over 63 million unique addresses are currently using the network. A vertical shot of users on board can be seen in mid-February. 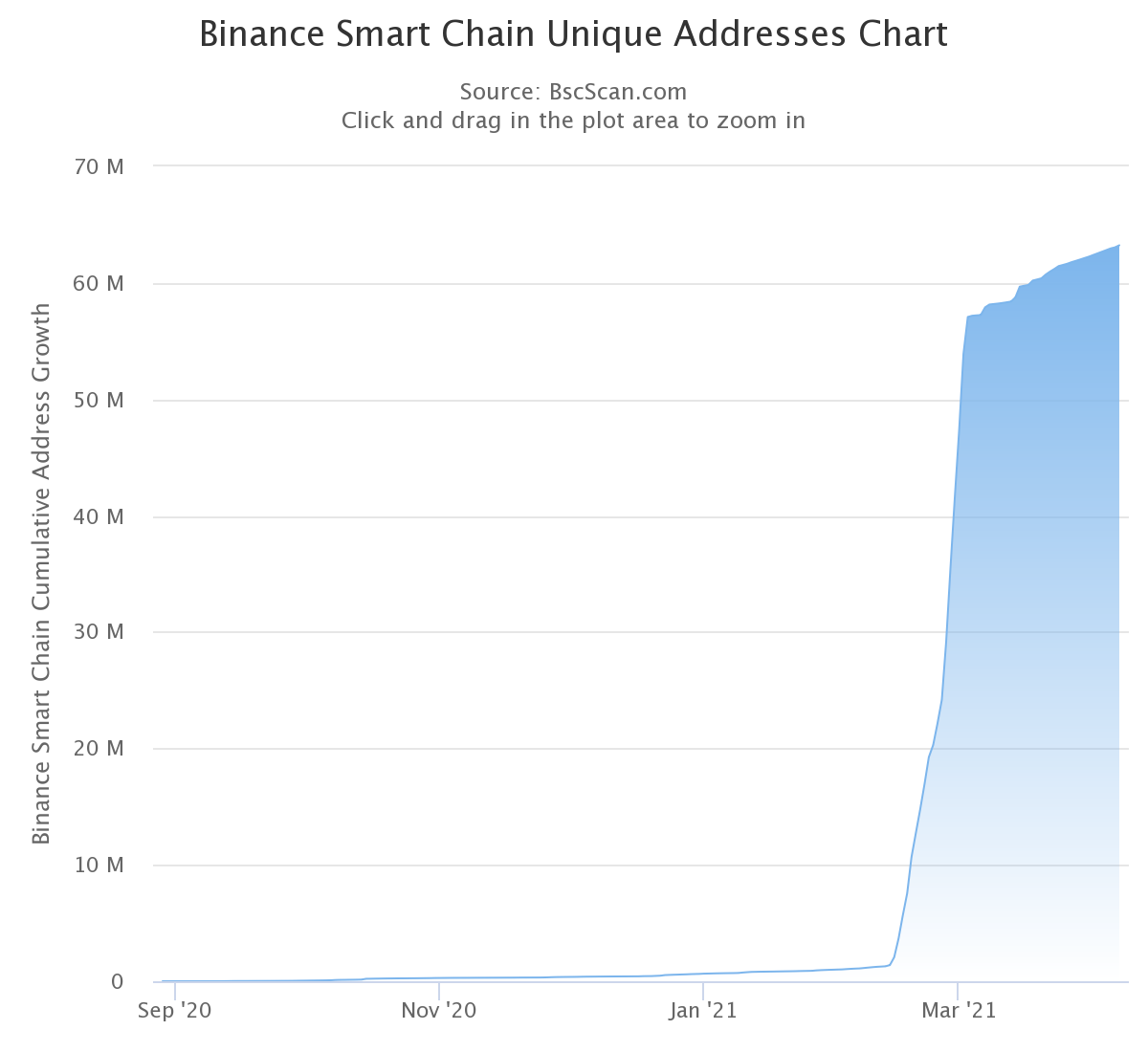 However, critics say that BSC is not a true DeFi as Binance manages the network nodes. This also means that the network has a single point of failure. The real sticking point, however, is that users are more interested in returns and low fees than decentralization.

Can PancakeSwap and BSC take over? Well, crypto isn’t exactly a zero-sum game. All platforms can likely thrive together. 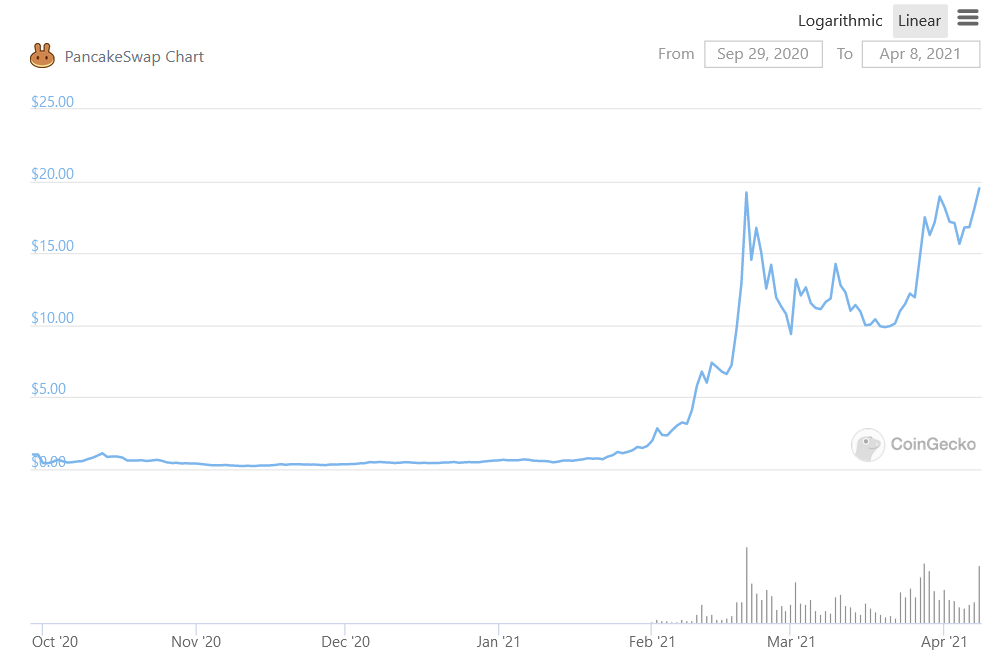 PancakeSwap Price Analysis: The CAKE coin price is ready to see a breakout for a new…