Ripple Challenging mid-term highs and worth a look

XRP / USD is near key medium-term resistance levels as speculative interest in the digital currency has rebounded.

XRP / USD has a long and complicated history in the cryptocurrency world. While the price of XRP / USD is now challenging the medium-term resistance level and creating a fairly stable trade, it should be noted that Ripple saw much higher values ​​a long time ago. At the end of December 2017, XRP / USD was trading near the 3.0000 mark. Since the recent surge in speculative energy in the world of cryptocurrencies, XRP / USD has essentially seen highs near the point of 0.6500, which is a marked difference from its higher levels almost three and a half years ago.

XRP / USD is hovering near key short-term resistance levels that have challenged mid-term values ​​since November. The current price of the digital asset is within sight of the 0.6000 mark, but traders need to understand that the value of XRP / USD usually moves very incrementally. Yes, XRP / USD is certainly speculative and can see rapid changes in value, but traders need to be prepared for a broken move.

Speculators who understand Ripple’s story will know that XRP / USD has been designated as a testing ground by the US government when they question the legal parameters under which XRP is defined. From a speculative standpoint, however, XRP / USD continues to attract numerous bets regarding its value, regardless of whether it is defined by the SEC as real cryptocurrency or as collateral. XRP / USD is currently trading near major resistance and the broad digital asset market has seen a wave of positive sentiment lifts in the past few days.

XRP / USD correlates pretty well with the cryptocurrency market, and since it touches important resistances, traders may be inclined to believe that it is capable of appreciating in value. Legal issues hovering over Ripple should be considered, but they shouldn’t get in the way of technical traders who have an idea of ​​the direction for XRP / USD.

Short-term traders may tend to be XRP / USD buyers based on the idea that they have exceeded their current values ​​a few times in the past few months. Yes, XRP / USD has seen reversals from these highs as resistance has proven difficult. However, betting on short-term bullish activity to continue within the speculative asset can prove to be a worthwhile endeavor for traders who believe that further spike is in sight. 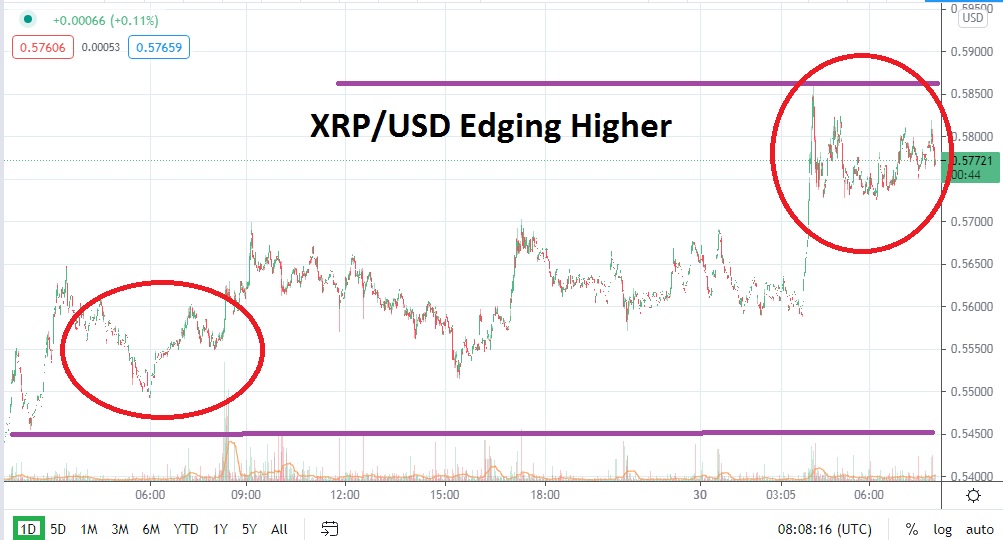