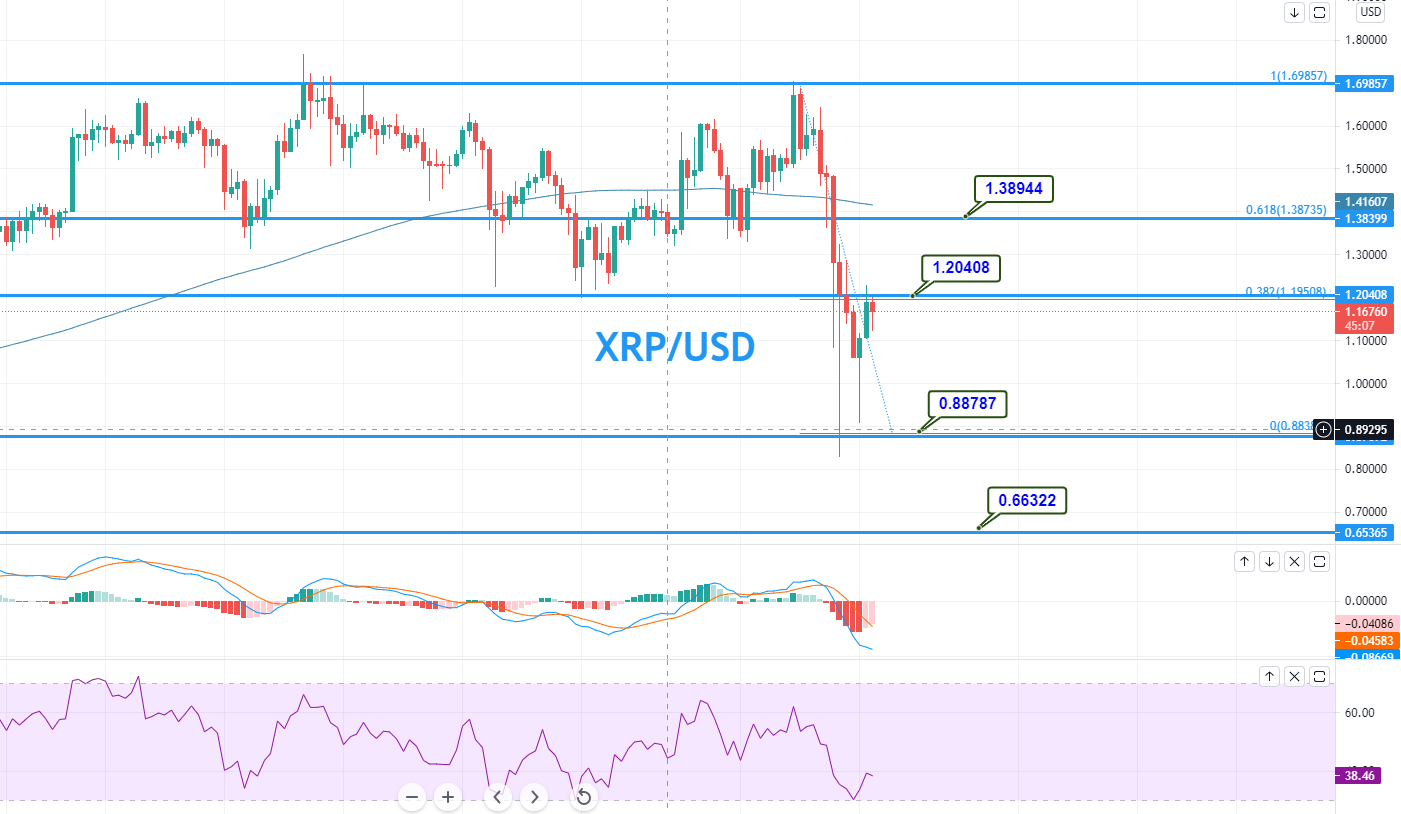 XRP / USD closed at 1.06000 after placing a high of 1.58901 and a low of 1.06000. After posting gains for two consecutive sessions, the XRP / USD fell on Wednesday to hit its lowest level since April 26th. XRP holders have tried to get a vote in action against Ripple Labs and some of its SEC filed executives. However, the regulatory authority has used all means at its disposal to oppose what has burdened the cryptocurrency.

Despite the ongoing lawsuit against the SEC, Ripple has announced a partnership with Egypt’s largest bank, the National Bank of Egypt (NBE). RippleNet, a global payments network, will connect NBE with LuLu International Exchange, a UAE-based financial services company, and cross-border litigation payments. Egypt received up to $ 24 billion in remittances from its citizens in the Gulf states, including the UAE, in 2020. The North African nation was one of the top five remittance recipients in the world after India, China, Mexico and the Philippines.

The NBE group leader said the bank is continuously striving to develop and improve the infrastructure for cross-border remittances as it plays an important role in the Egyptian economy. This news further limited the losses in XRP / USD prices on Wednesday. However, the coin ended its day in losses as the entire crypto market came under pressure after China announced cryptocurrency trading as illegal and warned against it due to the high risk of speculation.

Is Theta Token the next Ethereum or the next Dogecoin?

Cardano whales (ADA) are up 1,231% in the first quarter of this year: report