Ripple won a discovery decision with the SEC 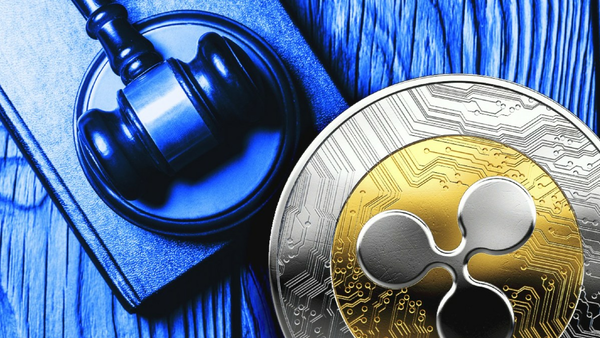 Ripple’s saga with the US Securities and Exchange Commission, which began in 2018, is now turning around in Ripple’s favor. The fifth largest cryptocurrency to date has won a discovery decision instructing the SEC to disclose internal documents about its regulatory behavior on cryptocurrencies such as Bitcoin and Ethereum.

The ruling would require the SEC to lift the curtain on its internal operations to the general public, which is in sharp contrast to the SEC’s information disclosure policy when it comes to crypto rules.

The discovery request was filed by Ripple Labs along with its co-defendants, CEO Brad Garlinghouse and Executive Chairman Chris Larsen. In the application, Ripple Labs asks the SEC to prepare documents about their internal communications about Bitcoin, Ethereum and Ripple.

“For nearly a decade, the SEC watched XRP grow and develop without issuing any formal guidance that its sales could be illegal. However, the SEC announced that the sale of two similar digital assets – Bitcoin and Ether – are not security offers, ”wrote the motion in the March 15 filing to US District Court Judge Sarah Netburn.

Ripple’s claims came after public comments from former chairman Jay Clayton and former enforcement director William Hinman on the legal status of Bitcoin and Ethereum, citing several times that the two largest cryptocurrencies are not yet securities. However, the SEC still does not provide guidance explaining how the Commission reached its conclusion. According to banking laws, “a security is a type of investment contract that implies the expectation of future profits.”

If Ripple Labs finds evidence in the SEC’s documents that Ripple is considered a “virtual currency”, the saga can turn against the SEC. Also, the documents would provide insight into the agency’s criteria for determining when digital assets are securities and not, which is essential for all NFT issuers.

Ripple’s application was approved by Judge Netburn, who granted Ripple access to information such as meeting minutes and internal memos as part of the contract. However, the judge denied access to internal email communications. The SEC responded immediately to the discovery request, stating that “the promoter’s actions are what needs to be the focus here.”

Ripple found price support after the news and was tightened to a weekly high of $ 1.12 per XRP token. This is XRP’s highest price in over three years. Trading volumes also skyrocketed – from around $ 5 billion on April 1 to a high of around $ 37 billion shortly after the news. Currently, XRP is trading at $ 0.962 with a market cap of $ 41.56 billion.

Why is the tether volume higher than ever before?