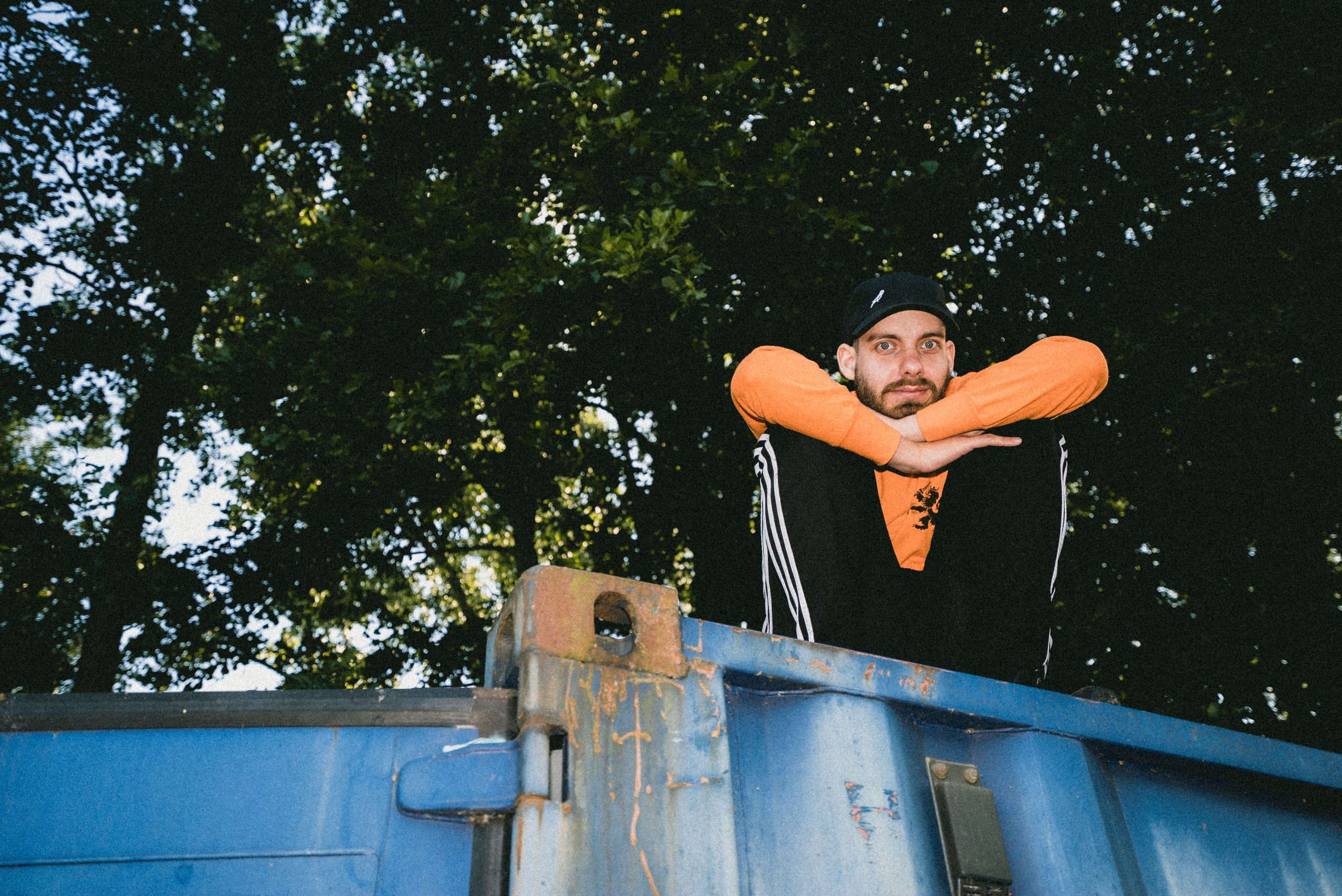 San Holo will be open about its upcoming performance during the Secret Sky Festival, the newest project Keeping Alive and Bitbird.

The dance music community had gone wild earlier this week when Secret sky festival was announced by Porter Robinson, Brownies & Lemonade, and Goldenvoice. The lineup is full of talented artists, and San Holo is included in this list. Not only is he the mastermind behind legendary tracks like “Light” and “Lift me from the Ground” with Sofie Winterson, but he’s also just a well-rounded person.

Even in these strange times, San Holo keeps our spirits high with his latest project stay alive. In the past six weeks he released a new song to give hope to his fans and community listeners. Not only will he be playing Secret Sky this weekend, but he will also be releasing the final track of the project “Staring at the sea without you next to me” With I LIVE HERE on Monday May 11th.

Honestly, we can talk about San Holo all day, but it’s time to get into our interview with him. Read on for the full chat, check out his lively playlist on Spotify, and don’t forget to tune in to his set tomorrow at 12:28 p.m. PT. You will not regret it.

HoloChain price analysis: HOLO Token increases in value by 100%, a…

Hello San Holo. Thank you for taking the time to speak to us today. We are very excited about your set during Secret Sky this weekend. When the event was announced, the community went wild. It raised many spirits. Can you tell us how you got there?

Porter’s team reached out to me to see if I would be ready to do a performance for Secret Sky. I haven’t really done a lot of live streams until now, but this was such a special opportunity that I knew I just had to be involved!

Shortly after the statement was posted, they tweeted a picture of you and Porter Robinson. How is your relationship with Porter?

I have a lot of respect for Porter, he’s a legend. He really is one of the great pioneers of electronic music and I will always look up to him. He was so lovely to take me on the Shelter Tour with Hugo a few years ago and that really helped. I have a lot of great memories of this tour (my first time on a bus!) And have stayed in touch with him and many others from this tour to this day.

I haven’t done that many digital sets so I’m probably not the best person to ask for, but it’s nowhere near as exciting as it is in real life. I love going to the top of the crowd and really seeing people face to face and how they connect with the music and the show and even with the other people around them. It’s a beautiful thing and just not the same thing online.

Let’s talk about your current project. Stay alive. You released a new song every week which is pretty impressive. What inspired the project and what does it mean in your own words to stay alive?

The stay alive The playlist started because I needed a way to express a lot of the emotions I was having when the quarantine started. I find it much easier to express myself through music than words, and I had so much to say that I just wanted to get it all out. To stay alive one has to accept the ups and downs of life and try to be as attentive as possible and share the living energy that one has with those around you.

You recently worked with Broods on the beautiful track “Honest”. How was it to work with the sibling duo?

I wrote ‘Honest’ with Georgia a few years ago [Nott] by Broods and two other writers, Nate Campany and Kyle Shearer. Although it took a while to clear it, it has never lost that magic for me or my team. If anything, I may have spent too long rethinking the production and I’m glad we finally released it.

Bitbird has been on tears lately with some really stunning releases. Can you tell us a little bit about the background to recent projects like Create Together and what you’re looking for while listening to demos?

It’s about music that touches our heart in some way. We’re not particularly interested in genres or boxes. We want music that is real and limitless. Create together is a perfect example of this. The fans of the Bitbird Discord group came up with the idea of ​​a compilation. Each producer was asked to do a track within a month and the top ten would do the final compilation. I love how different all the tracks in this compilation are. But they all sound like they were made with the same intention.

How did the coronavirus and the quarantine affect you as this is definitely on everyone’s lips too?

It was quite an adjustment, but I’ll come to terms with it more and more. The whole situation definitely forced me to slow down a little and rethink my life. I’ve been on the move almost non-stop for the past few years which has been fun and I can’t wait to come back. But because it’s so much fun, I find it hard to take a break every now and then. That way, it was a good thing for me. I have more of a “normal” routine and fall asleep in my own bed.

Right now we are all killing ourselves every day. What kept you down during this time?

I make a lot of music, which is my favorite thing to do. In addition, take some long walks and enjoy the outdoors with some music. I’ve also been spending more time with my family than I have had in a while, so that’s another blessing in disguise.

When we finally think of San Holo, we think healthy and positive. Your only concern is to spread the good vibes. What advice can you give to someone who is having a difficult time?

Take a deep breath and remember that nothing is final. There will always be brighter days.

How Investors Can Send Dogecoin on $ 10

HoloChain price analysis: HOLO Token increases in value by 100%, a chance for a…

HOLO price analysis: HOLO Coin showed an attempt to break out of the rounded floor…