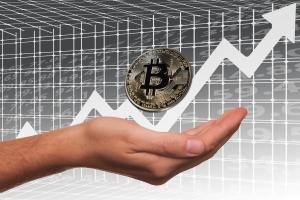 Both Bitcoin and stocks are increasingly emerging as vital investment vehicles after seeing a surge in value over the past year. However, despite Bitcoin’s appreciation this year, some stocks from the traditional sector have seen significant return on investment compared to the digital currency.

According to data from cryptocurrency trading simulator CryptoParrot, among select stocks, pharmaceutical company Moderna (MRNA) outperformed Bitcoin’s return by a whopping 243.87% year-on-year in 2021, while cryptocurrency underperformed the stock by -60.85%. Semiconductor manufacturer Nvidia (NVDA) also outperformed Bitcoin by 57.84%. The digital currency lagged the stock by -9.18%.

Elsewhere, from the financial world, Wells Fargo (WFC) outperformed Bitcoin by 54.61%. The banking giant Goldman Sachs (GS) also posted 46.98% higher returns. The bank’s stock trailed Bitcoin by -2.51%. The data from the Bitcoin ROI tool enables a comparison of the ROI of Bitcoin compared to the selected stocks. Therefore, the percentages show how much (%) the Bitcoin investment is performing above or below average.

Breakdown of the Influences Behind Bitcoin and Stock ROI

Although Bitcoin comes from a different asset class compared to the selected stocks, the cryptocurrency remains one of the most powerful investment products of all time, despite its existence only 13 years. However, despite the growth, the asset was outperformed due to various factors such as high volatility.

It is noteworthy that Bitcoin is increasingly being compared to traditional investment products such as gold; Stocks remain the main competitors for the digital currency. Stocks, in particular, have historically attracted investors from all backgrounds, from institutions to retailers.

In recent years in particular, financial experts have opposed institutions investing their money in Bitcoin. However, Bitcoin received a massive inflow of funds from institutional investors, propelling the asset’s returns to significant levels from earlier this year.

The returns on the stocks selected also reflect the different environments in which the two asset classes operate. The stocks operate in a highly regulated environment that offers investors confidence that their funds are protected. On the other hand, the regulatory scene of Bitcoin remains unclear as most jurisdictions are still trying to define the crypto regulations.

The situation has partly contributed to the stock’s ROI outperforming Bitcoin this year. After a meteoric surge, Bitcoin’s value plummeted in the wake of a new regulatory move, largely initiated by Chinese authorities, that banned activities related to the asset such as mining. Since then, the asset has continued to struggle to break a new record as regulatory crackdowns intensify.

The stocks that outperform Bitcoin also highlight the recovery mode of traditional markets. In 2020, the stock market had a tumultuous moment with the outbreak of the coronavirus pandemic. However, since then the stock market has rallied, with certain indices hitting record highs.

The recovery of certain stocks has been aided by the products they offer. For example, Moderna stock significantly outperformed Bitcoin in terms of the company’s role in making vaccines to contain the pandemic. In particular, companies in space have benefited from the lifting of the pandemic lockdowns due to the far-reaching role of vaccines.

In addition, the returns on the stocks also reflect changing consumer behavior that was inspired by the pandemic. For example, the pandemic led to a shift towards digital platforms, from which companies like Google have benefited significantly. As a major player in technology, most of the people used the company’s products, which drove up stock prices.

In addition, some of the stocks come from the financial world. Historically, the sector has played a pivotal role in the recovery of the economy during a crisis that occurred during the pandemic.

Interestingly, some of the stocks that outperformed Bitcoin in returns relied on the cryptocurrency to boost their stock value. The increasing institutional acceptance of Bitcoin led companies like Microstrategy to invest in the asset. In particular, such a move affected the value of the company’s shares and Bitcoin.

While bitcoin and stocks are gaining traction with investors, other assets offer perfect scope for diversification. As the price of gold struggled over the past year, Bitcoin in particular has shown itself to be a potential store of value and earns a spot in portfolios in the process. Because some stocks generate sizeable returns, holders of both asset classes can potentially benefit.

Bitcoin and Ether hit their highest levels since mid-May, when sentiment warmed