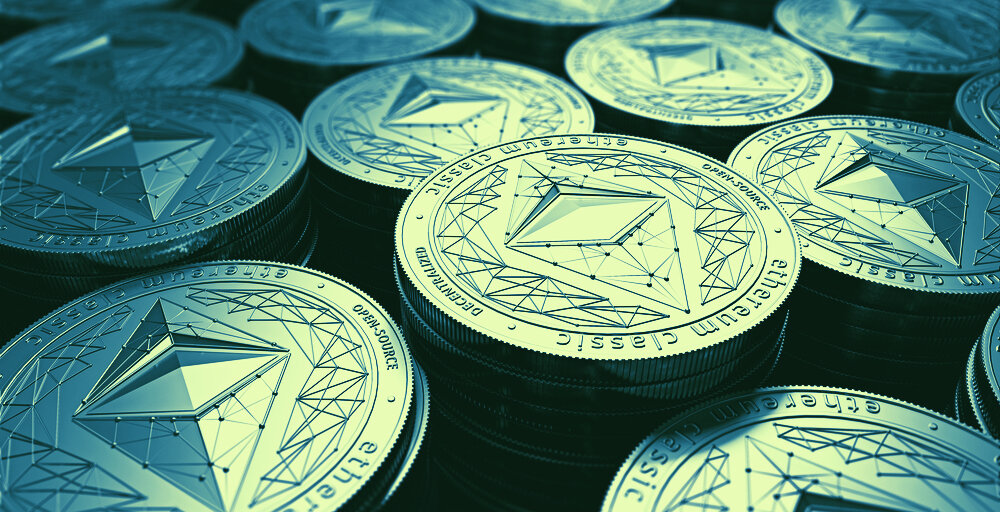 Although Ethereum has its own cryptocurrency, thousands of tokens are executed on the platform. Some of these platforms are stable coins, assets that are pegged to the value of another currency such as the US dollar or gold.

Traditionally, most of the value transmitted through Ethereum has been in ether. But now stable coins have taken over. Due to the surge in US dollar stablecoin tether on the Ethereum blockchain, stablecoins transfer more value to Ethereum than its own native cryptocurrency.

“The Ethereum economy is now dominated by a stable transfer of value,” tweeted Ryan Watkins, research analyst at Messari. He said the flip happened in mid-2019 and the gap has widened since then.

The use of stable coins has increased in Ethereum, while the use of ether has decreased. Image: Messari.

Tether is also active at Bitcoin’s omni level, but the company of the same name behind the token began migrating tokens to Ethereum in April 2019. After a few months, the amount of tether on Bitcoin began to drop rapidly. Tether recently started issuing coins on the Tron blockchain, with an inflow of USDT in November 2019. 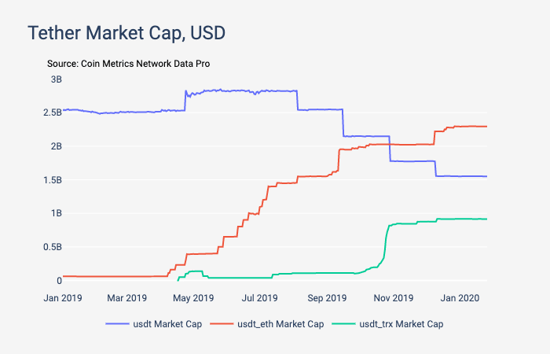 Tether has shifted away from Bitcoin towards Ethereum and Tron. Image: Shutterstock.

In a tweet in November, CoinMetrics data analysts said the value of tether transfers on Ethereum was two or three times that of ether transfers. “By comparison, that ratio has never risen above 0.4 for Bitcoin,” it wrote.

Initially, the influx of stablecoin activity on Ethereum clogged the network. But miners have adapted – by slowly increasing the block size – and the network has managed to cope with it. However, if Tether continues to print more coins on Ethereum, there may be more cause for concern.