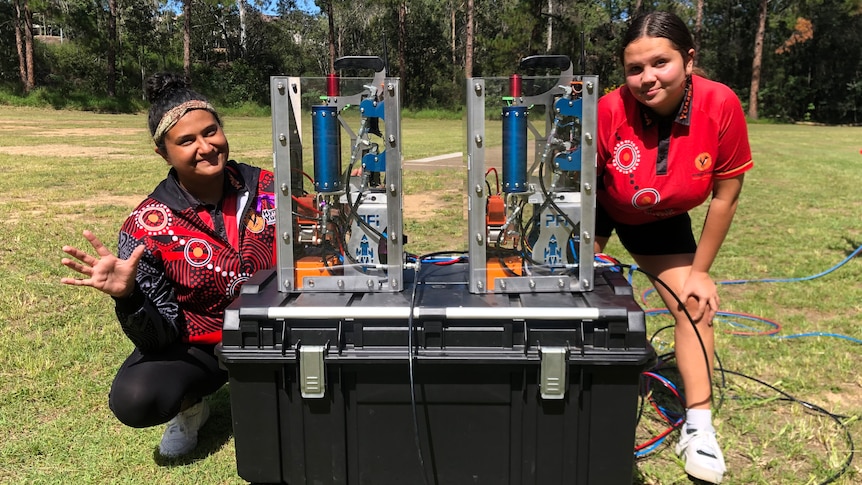 At an independent school southwest of Brisbane, a STEM workshop with hands-on missile experience was launched to stimulate student interest in science, technology, engineering and math.

The Stellar STEM program is running at other schools in Ipswich, Logan and Brisbane this year before rolling out nationwide next year under a federal government grant.

At a spectacular start to the program, students were shown how a fully functional hybrid rocket engine works before being ignited on the school’s oval.

Megan Badger, general manager of PFi Aerospace, said the goal of the workshops is to be “a launch pad” for more female students to get involved in STEM.

Ms. Badger designed the Stellar program because she had difficulty getting into the STEM industry as an adult.

“I think it’s important that we turn women into STEM into girls who want to get into STEM. That’s why they know that just because they keep seeing boys doesn’t mean they can’t get into the industry,” she said.

The program is presented by a group of women working in the STEM and consists of three parts: a question and answer panel, four special hands-on workshops for smaller groups of students, and the firing of the hybrid rocket engine.

Peter Foster, director of the Hymba Yumba Independent School, said the 12th grade preparation had around 140 female jarjums (students) and many would benefit from the program.

He said the students would attend various workshops, in a “real world and a practical setting that they actually learn the best from”.

Download the ABC News app for the latest information.

“All of our students, when they finish, earn or study, some of our students go to university, some are in crafts, but in science we want our Jarjums to enjoy science and have a desire to get involved.” in the [careers] that would be in science, “he said.

Ms. Badger said the program will initially focus on schools in socioeconomically depressed areas and girls to encourage greater representation of women in the STEM industry.

She said the rocket was designed for school use and made from items that students had already used in their classrooms.

“If even a student is looking for something they’re passionate about instead of settling for a job they’re supposed to do rather than something they really want to do, that makes all the difference,” she said .

“It enables us to reach”

“It’s so nice to see a smile on your face and none of them go away and say, ‘This is so silly,'” said Mrs. Pynor.

“They all get involved and say, ‘Yeah, I can say I built part of a rocket today.'”

12th grade Jarjums Shaylana Campbell and Ziphoria Minniecon both found the experience “pretty cool” and were particularly impressed that women led the workshop.

“I thought it was pretty cool because we saw women presenting … I found it interesting because we could see women in science,” said Ziphoria.

“It enables us to achieve what people may not believe we can achieve as women,” Shaylana said.