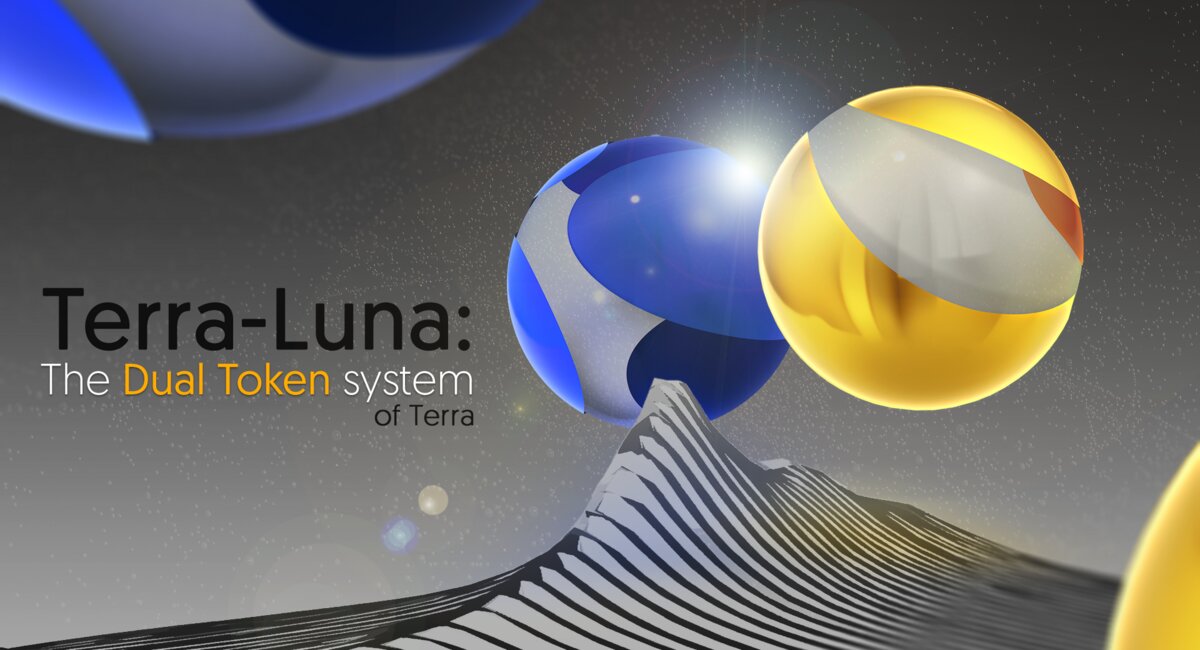 Terra is an algorithmic stablecoin that aims to become the first mass-adopted cryptocurrency. Terra was created using the Cosmos SDK and Tendermint, a Byzantine fault tolerant proof-of-stake (PoS) consensus algorithm. The stablecoin is secured by a second native token called Luna (LUNA). In this article, we will focus on the relationship between these two tokens that is at the core of this entire ecosystem.

Understand the difference between the two tokens

Terra Token was designed to be the currency of choice for the mainstream market. Since adoption is the name of the game, Terra’s plan is to target two specific audiences – dealers and end users.

How exactly can Terra afford to offer so many discounts and cashback? To understand this, we need to look at Terra’s integrated seignorage system. Seignorage is the difference between the cost of making a currency and the real value of the currency itself. So if it takes $ 1 to create a $ 100 note, the seignorage is $ 99.

Currently, the world’s most popular stablecoin, Tether, cannot take advantage of seignorage as its algorithm uses 1 fiat to create USDT worth $ 1. With Terra, the situation is different, as the cost of producing Terra is much lower than its face value. Terra can use this to provide very rewarding cashbacks and bonuses that other payment processors simply cannot offer.

Terra has a proof-of-stake ecosystem in which Luna is the staking coin. Unlike Terra, Luna is not a stablecoin and is subject to the whims of the market. It has two main functions:

In order to stabilize the price of Terra, Luna acts as a counterparty for anyone wishing to trade Terra and Luna at the target exchange rate of Terra.

In his Medium article, Chris Burniske talks about the “Crypto-J-Curve”. The J-curve shows us the relationship between market sentiment and the valuation of the cryptocurrency. As Burniske puts it, the price of a crypto asset is made up of two values ​​- “current value in use” (CUV) and “discounted expected value in use (DEUV).” The DEUV can also be viewed as the speculative value of the asset in the near future.

The above curve can be broken down into three different phases:

Luna’s use case and partnerships put them all in the ideal position to get the most out of Stage Three. The key to this will be CHAI.

CHAI – The Secret Behind Terra’s Adoption

CHAI is Terra’s mobile payment dApp that enables consumers to pay for items online by simply adding their bank account. CHAI went live on TMON, one of Korea’s largest eCommerce companies with 10 million users and $ 3.5 billion at GMV, shortly after the launch of Terra’s mainnet. CHAI is very well received by the community. In just three months after its launch, it has gained over 430,000 users and surpassed the more established KakaoPay in both the Apple App Store and the Google Play Store ranking. Terra recently reached one million active wallet holders, which is testament to its ever-growing popularity.

While the Terra network is ready to hit the South Korean market, it is important to understand the differences between the two native tokens.

With the popularity of CHAI dApp, more and more users are becoming part of this promising ecosystem. With these two tokens working together, the growth of the Terra network is all but guaranteed.