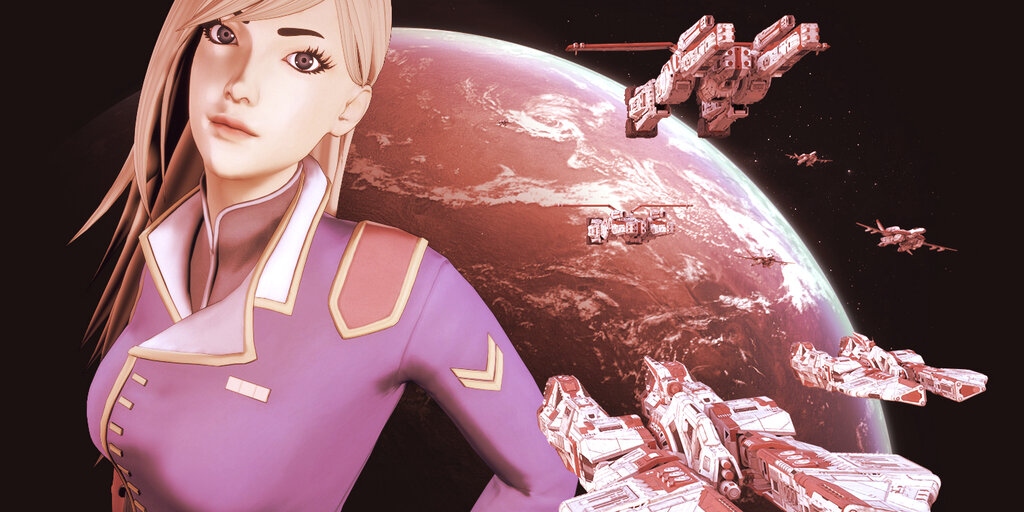 Game maker Exordium, the company behind the upcoming blockchain-driven massively multiplayer online (MMO) strategy game Infinite Fleet, has launched a public Security token offering This should raise up to 8 million US dollars for the further development of the title.

The fundraising campaign takes place on the STOKR platform and enables public investors to purchase EXOeu securities Token priced at $ 0.50 each with a minimum total purchase of $ 100 required. Each security token offers a small portion of the company’s equity and a portion of its future profits.

Tether International Limited, part of the company behind it Stablecoin ropehelped launch the security token offering with a $ 1 million purchase of the EXOeu tokens.

As of this writing, the STOKR page shows a total of $ 2.57 million for the sale to date, with the minimum funding amount set at $ 3 million. The sale will continue for another 55 days with Blockstream AMP’s EXOeu token being issued on Bitcoin’s Liquid Sidechain.

“As a former MMORPG game developer, I see great potential in the application of crypto assets to multiplayer online games,” said Paolo Ardoino, CTO at Tether International Limited, in a press release. “It fits perfectly with two fast growing digital sectors that are on a huge upward trend. [Blockstream CSO] Samson Mow and his team are veterans with a proven track record in both areas and a clear idea of ​​what they want to achieve. “

Infinite Drive allows players to customize their spaceships before teaming up to defeat enemy alien forces. The game was inspired by genre giants like Homeworld and EVE Online and features anime-inspired graphics and narrative elements, as well as a crypto-driven peer-to-peer economy.

In August, developer Pixelmatic announced that it had raised $ 3.1 million in a private token offeringOf this, $ 2.75 million is for simple agreements for future tokens (SAFTs). Charlie Lee, the inventor of Litecoin, Adam Back, CEO of Blockstream, and Max Keizer, founder of Heisenberg Capital, led this round. The Rest was raised via the financing platform BnkToTheFuture.

A closed alpha version of Infinite Fleet is expected to be released in the near future. The Pixelmatic development team is made up of game industry veterans who have worked on successful franchises such as Homeworld, Age of Empires and Company of Heroes.

Tether is the world’s most popular cryptocurrency in terms of volume, with the Stablecoin Even topping Bitcoin on that front despite a much lower market cap. However, Tether remains a controversial player in the crypto industry.

The stable coin is tied to the US dollar and is said to have originally been covered one-to-one by it. However, the company admitted in 2019 that it was actually only 74% covered by cash and cash equivalents.

In addition, Tether remains the Subject to active investigation by the New York attorney general on the activities of its sister company Bitfinex, which allegedly plugged a nearly $ 1 billion hole with Tether loans. According to the Attorney General, Tether’s cash reserves were being used as a “corporate slush fund” and “used to hide Bitfinex’s massive, undisclosed losses and inability to process customer withdrawals.”