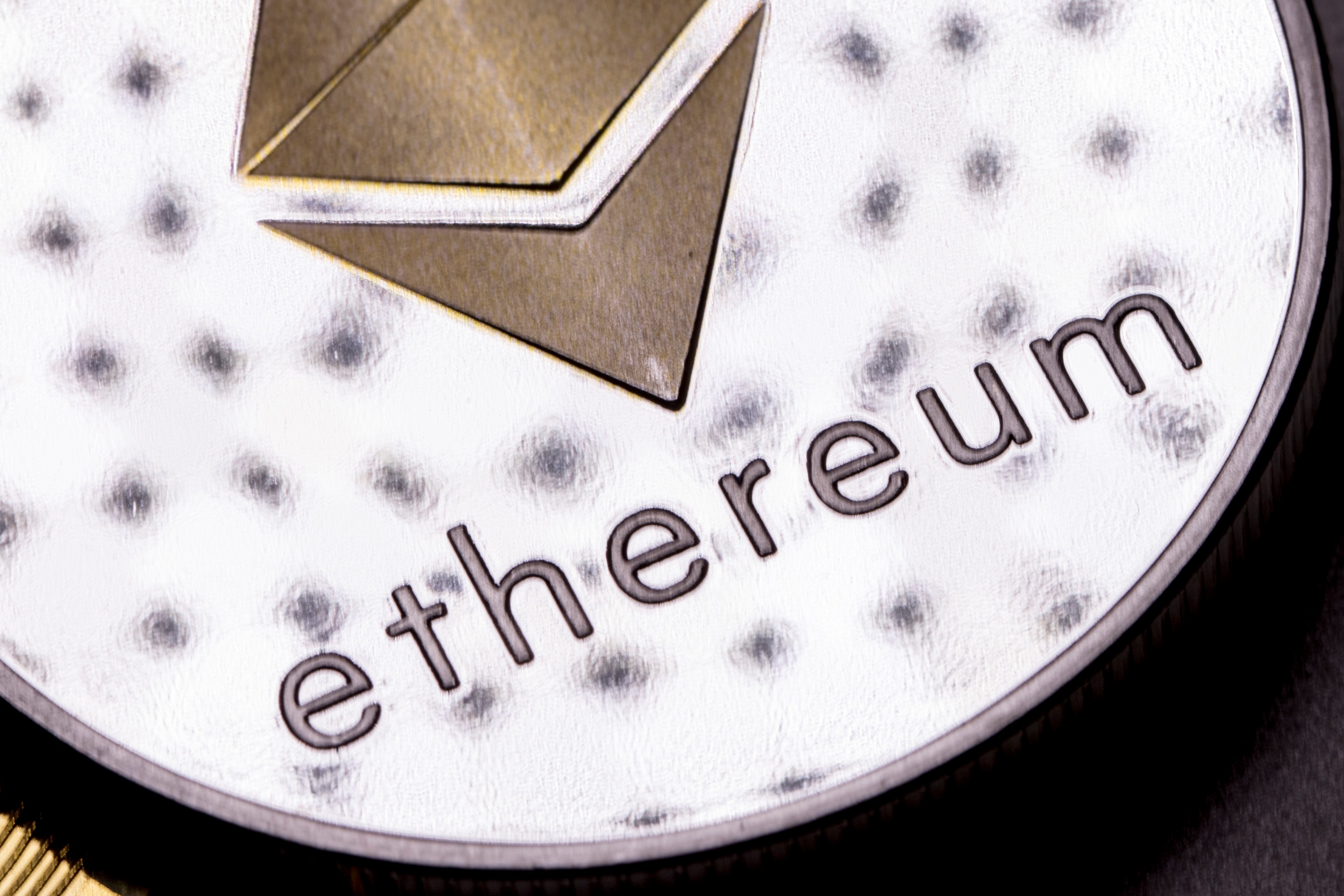 The most popular stablecoin, Tether, is the largest payer of gas fees on the Ethereum blockchain, followed by a reported scam, then a cryptocurrency outside of the top 100 coins, and is even bigger than a large decentralized exchange, according to ethgasstation.info data. (Updated at 1:05 pm: updates in bold).

That’s more than six times the fees of the decentralized exchange IDEX, which paid $ 42,300 last month. The next coin on the ETH gas station’s list is the controversial More Gold Coin with $ 100,000 in fees, suspected in July of increasing transaction fees on the Ethereum network and which the site warns of a fraud could. Third on the list is Maximine Coin, which ranks 109th by market cap and has paid out $ 69,500 in 30 days. 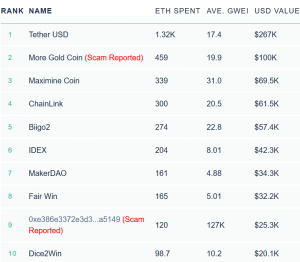 Source: ethgasstation.info. Gwei is used as a measure of gas prices.

While Ethereum developers are still working on the Ethereum 2.0 upgrade that could solve some of its current problems, capacity issues are emerging that have been recognized multiple times by Ethereum co-founder Vitalik Buterin.

“The Ethereum blockchain has been ‘almost full for years,'” he told Bloomberg this week. However, Buterin believes that “it’s still good to develop apps, but everything essential should be designed with scalability techniques in mind so that it can survive higher transaction fees that would come with a further increase in demand for Ethereum,” added, that “in the longer term” “Sharding Ethereum 2.0” will of course fix these problems. “

Most recently, Buterin said that scalability, ease of use, account security and privacy are the current issues facing the blockchain, and while the last three are improving, scalability is “a major bottleneck because the Ethereum blockchain is almost full”. According to the tracker Etherscan.io, Ether’s network utilization has increased to 93.7%, which could be a problem, Buterin said because if the utilization increases, transaction costs could also increase and corporate users may be reluctant to use Ethereum.

The use of Tether has increased as more and more coins have been issued, with the current market cap being over $ 4 billion, while at least 40% of all Tethers run on the Ethereum network, leaving developers with less capacity.

“Although tether issued on Ethereum has existed since the end of 2017, the number of tether issued on it was small and rarely used. That changed earlier this year, and the strong growth in total tether offerings can be attributed almost entirely to Ethereum, ”said market analyst Coin Metrics in its newsletter today.

Accordingly, the tether growth on Ethereum could be motivated by several factors.

“Tether Limited, the administrator of Tether, could seek to reduce its continuity risk by reducing its reliance on the Omni platform (which is not in active development) and Bitcoin. Switching between Omni and Ethereum could also be driven by market demand.The primary use case for Tether is active trading and arbitrage. For these use cases, Tether is faster on Ethereum (15-second blocks for Ethereum versus 10-minute blocks for Bitcoin), requires fewer fees, and wallet deposit confirmation times are typically lower for Ethereum-based tokens compared to Bitcoin. Since these traits are desirable for active traders, the tether issue on Ethereum should continue to increase compared to the issue on Omni, “the company stated.

Meanwhile, Jeff Dorman, chief investment officer of Arca, a Los Angeles-based crypto asset manager, told Bloomberg that some developers are waiting for the Ethereum network to increase capacity but stay away until then, adding that “Tether not” portion “.

Responses to claims that Ethereum was “almost full” varied. Founding that it was a “no-story” and that usage is more important than capacity, trader Bitcoin Master added, “Your favorite web service once went down due to under-capacity. The key is to find solutions quickly. “

Eric Lombrozo, co-founder of Ciphrex Corp, a company that develops tools and application development platforms for cryptographic protocols, said, “Ethereum was an interesting but viciously misleading experiment. It is difficult to extrapolate the large-scale behavior from the behavior of the network when it is small and not in high demand, “adding that” the small-scale experiments create the false expectation that it will work big too ” .

After all, it’s * perfectly * okay to run out of a scarce resource. The question is whether the incentives encourage economically sensible use. The problem is not that the resources are all gone, but that the incentives are completely botched.

In the meantime, there has been a lot of talk about the capacity and speed of Ethereum, but even more in the last few days. Cryptonews.com reported on the disagreement Buterin had with Binance CEO Changpeng Zhao, with Zhao tweeting that these are no longer issues and have largely been resolved, while Buterin claims they have not been resolved at all. Meanwhile, in a recent study, Binance took the opportunity to praise its own blockchain while criticizing other projects, including Ethereum.