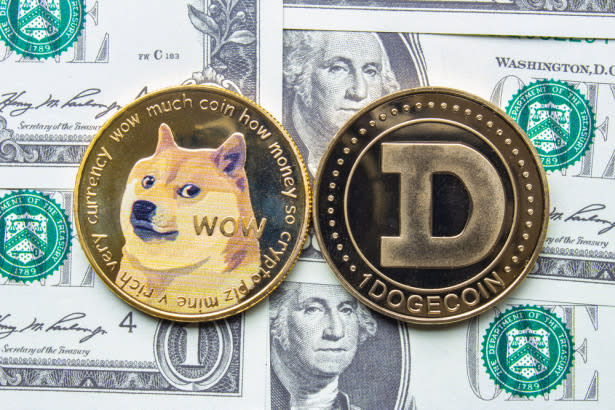 Dogecoin, the seventh largest cryptocurrency, and AMC Entertainment have something in common. Both have achieved meme status in their respective fields. Now some Dogecoin fans want to see these two worlds collide.

It seems to have started with YouTuber Steven Steele, who discusses a lot of cryptocurrency-related topics on his channel. Steele, who has more than 10,000 followers on Twitter, suggested that AMC should accept Dogecoin as a payment method.

With all of the focus on Bitcoin and Amazon, Steele apparently tried to steer the narrative in a different direction. It’s all speculation at this point, but Steele’s suggestion seems to resonate with Doge fans. Dogecoin bull Elon Musk himself seems to have “liked” Steele’s tweet.

The proposal seemed to be mostly cheering on social media, with Steele’s followers suggesting that it would send the Doge Prize to the moon. Dogecoin continues to hold the $ 0.20 level for now, but has lost 3% in the past 24 hours.

The Twitter account “It’s All Risky”, which is described as a “former Bitcoin maximalist who took the Doge pill”, agreed with Steele’s AMC idea. The “It’s All Risky” account even tagged AMC CEO Adam Aron, who is known for interacting with his followers on social media, in the thread.

“It’s All Risky” indicated that Aron would be in good company if AMC jumped on the Dogecoin bandwagon – alongside Doge fan Elon Musk. While Tesla owns some Bitcoin, the electric vehicle maker has yet to support Dogecoin as a payment method.

Both meme assets – Dogecoin and AMC – have seen better days. Dogecoin price has been essentially cut in half since early June while AMC is trading below $ 40 after trading above $ 70 last month.

Dogecoin has already caught the eye of other companies. The men’s brand Ax, for example, launched a limited edition “Dogecan,” a physical product that the company distributed for free.

When large companies recognize cryptocurrencies like Dogecoin, it creates a stir in the cryptocurrency community. However, whether this positivity will find its way into crypto market prices remains to be seen.