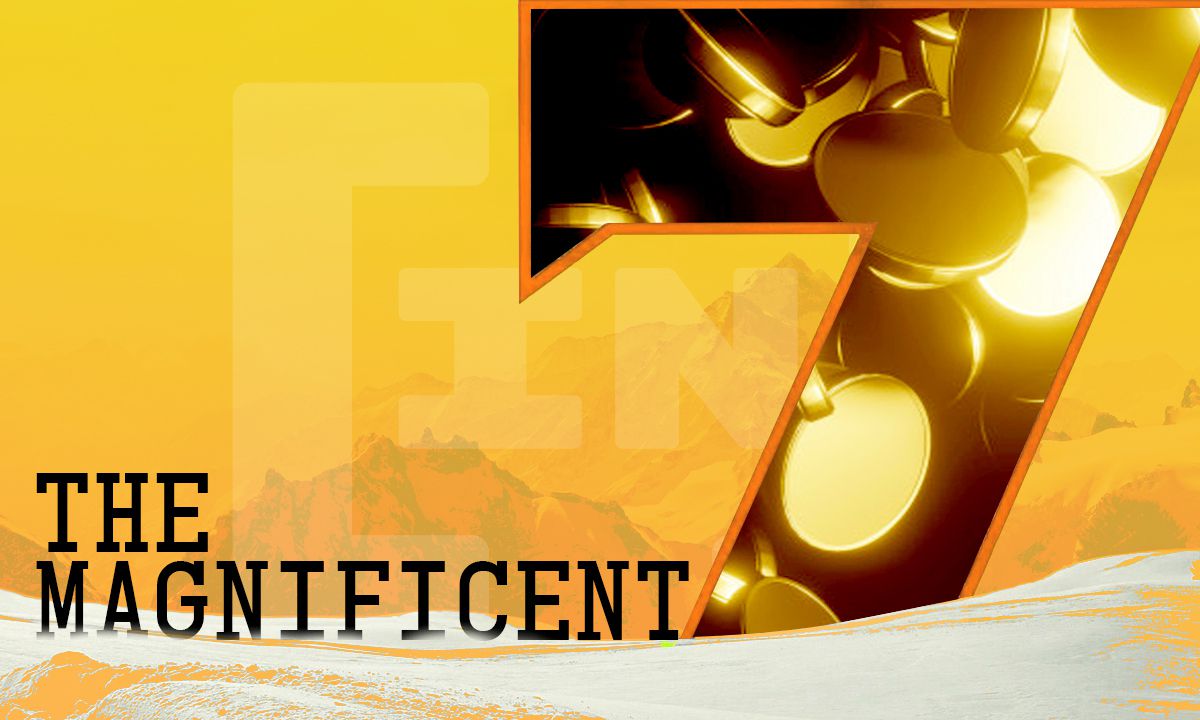 In this article, BeInCrypto takes a look at the seven altcoins that have increased the most over the past seven days (February 26th to March 5th):

The biggest altcoin winners are:

In addition, it left a very long top wick in place – almost the entire height of the body.

The all-time high was hit above the 2.61 external fib retracement of the recent downtrend, which often acts as a spike in such patterns. Failure to close above this level is a sign of weakness.

While the stochastic oscillator has drawn a bearish cross, RSI and MACD are increasing. This allows for the possibility that the parabolic rise could continue in the short term, even though it is unsustainable in the long term.

ENJ has moved up as support since the breakout and validation of previous high resistance. This happened on February 23rd. Since then, ENJ has grown rapidly.

While the weekly technical indicators are bullish, it is possible that a short-term retracement will occur.

This is because, similar to CHZ, ENJ moved above the external retracement level of 2.61 although it could not close above it.

Although the long-term trend is bullish, the parabolic rate of increase and the failure to close above a major Fib resistance suggest that a short-term retracement could occur.

TFUEL has been moving up since Feb 23, when it hit a low of $ 0.059. The rise continued until a new high of $ 0.171 was hit on March 5th. This corresponded to an increase of almost 200% in just ten days. TFUEL has declined slightly since then.

Technical indicators show weakness, as evidenced by the bearish divergence in the RSI and the bearish cross in the stochastic oscillator. Both are signs of an imminent decline.

If TFUEL continued to rise instead, the closest resistance area would be at $ 0.21.

MANA broke out of the previous high resistance area of ​​$ 0.235 in early February. After retesting the level as a support, a bounce was triggered. This resulted in an all-time high of $ 0.468 on March 4th.

The sustained rally was preceded by a hidden bullish divergence in the RSI.

Both the MACD and the stochastic oscillator increase. If MANA continued on its uptrend, the closest resistance area would be at $ 0.69.

THETA has been in an extended upward trend since November 2020. It has increased by 675%.

The MACD, RSI and the stochastic oscillator are increasing. The RSI has created a hidden bullish divergence.

However, the rally is completely parabolic and THETA has been moving over all targets before the breakout.

XEM hit a local high of $ 0.93 on March 3, but created a shooting star candlestick and has been falling since then.

Of the coins featured in this article, the outlook for XEM seems to be the most bearish. This is due to the long-term declining divergence in addition to the parabolic rate of increase.

BVT has moved up since breaking out of a long-term descending resistance line and has thereafter confirmed it as support. This happened last week. BAT rebounded significantly thereafter, pushing it to a high of $ 0.87 this week.

However, BAT failed to close above the long-term resistance area of ​​$ 0.75 and instead left a long upper wick.

Even so, the technical indicators are optimistic. This is evidenced by the bullish cross in the stochastic oscillator and the increasing MACD and RSI. This suggests that BAT is likely to rise higher – possibly towards the previous all-time high of $ 1.086.

This theory is also supported by the Six Hour Chart, which shows a breakout and retest of the USD 0.066 support area.

Coinbase Allows You to Earn 1.25% APY On Every USD Coin – Finance and Funding

SEC against possible “avalanche” of claims if XRP holders intervene