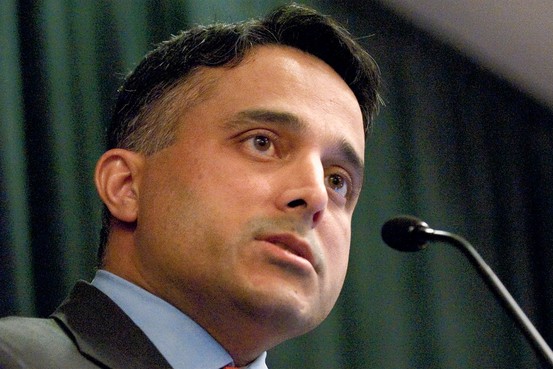 A former top official with the Federal Consumer Financial Protection Bureau is jumping on the Bitcoin train.

Raj Date, a banking industry veteran who campaigned for tighter regulation of the financial system, has joined the board of directors of a new company developing ways to get merchants and consumers to use virtual currency.

The price of a bitcoin rose to a record high on Wednesday, fueled by rising expectations that virtual currency will continue to gain in importance as an alternative to traditional payment methods. The currency reached $ 441 on the Tokyo-based Mt. Gox exchange and $ 394 on the Slovenia-based Bitstamp Exchange, almost doubling since early November.

The momentum behind Bitcoin comes from around the world as amateur investors, venture capitalists, and technology enthusiasts pump money into companies trying to figure out how Bitcoin can be used to buy and sell goods and services. A growing number of merchants are accepting Bitcoin because the transaction costs associated with the currency are generally lower than when using credit or debit cards.

Bitcoin is the worst of all financial worlds right now