The inevitability of Bitcoin supremacy 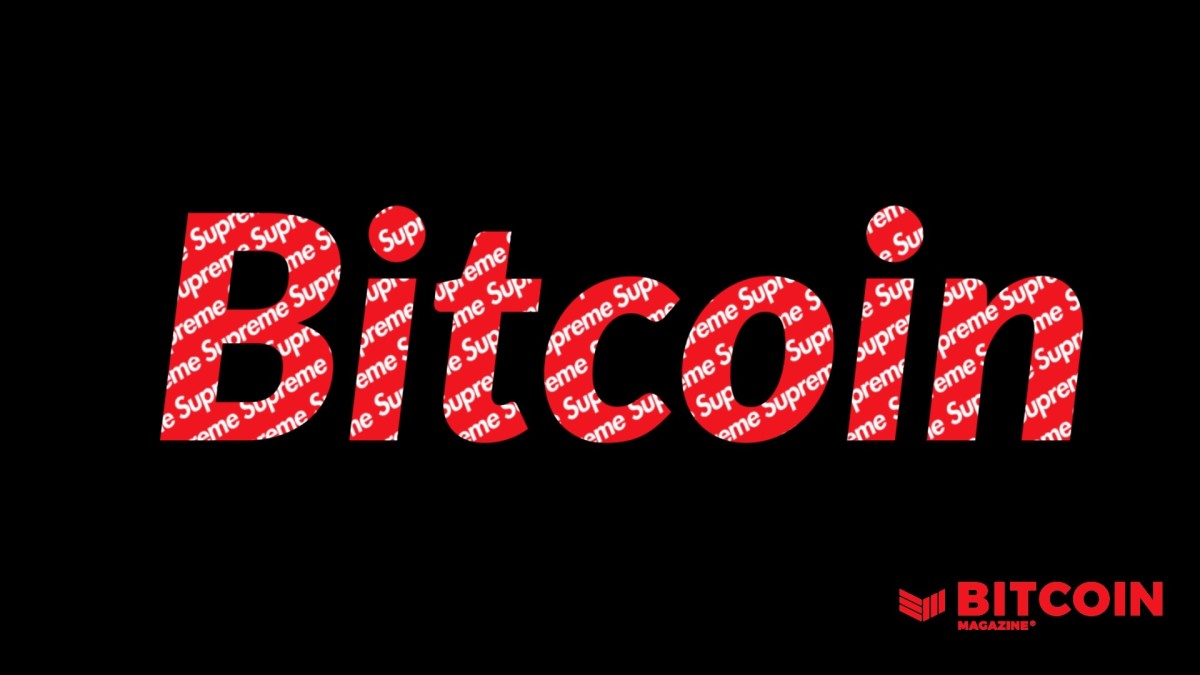 Bitcoin has risen from the dead so many times that it makes Lazarus look lazy. But his doubters persist: “Bitcoin is a bubble,” they say; “risky speculation with little chance of ever becoming an established form of money,” they shout.

But the Bitcoin obituaries are not only wrong: They are made of cast iron, with a copper bottom, 180 degrees wrong. Since Bitcoin’s success is not speculative, it is a certainty. Or at least as safe as anything in the financial world can be.

Why am i so sure? Like any other Bitcoin devotee, I believe in the brilliance that is baked into Bitcoin on a technical level. I believe in the fundamental value that Bitcoin has for an individual’s financial sovereignty. I believe in his ability to move wealth through time. And perhaps most importantly, in my opinion, it is the best way to survive the tectonic economic changes we are witnessing in the world today. And we “believers” are no longer alone. Bitcoin is now being adopted by everyone from institutions to governments to ordinary savers. Although the press is fixated on the price, Bitcoin continues to pass many milestones of structural and cultural adoption quickly and easily.

All the evidence heralding Bitcoin’s rise to reserve status is in place. All you have to do is look.

You don’t have to search too long to find treatises on the technical and theoretical brilliance of Bitcoin, so I’ll keep my own clarifications brief.

When fiat replaced the gold standard half a century ago, the world’s bankers (including central bankers) discovered a myriad of ways to devalue the currency. President Biden’s $ 3 trillion is just the latest example of the malleability of paper money. Conversely, and as more people realize it every day, Bitcoin cannot be inflated: there is a fixed upper limit of 21 million coins. There is simply no way to print or create more of this from scratch.

Other advantages of Bitcoin include the fact that, being digital, it doesn’t require any physical infrastructure to store it. No safes, no heavily guarded vans or planes, no Fort Knox. You can transfer a billion dollars in just a few clicks. Then there is the fact that Bitcoin is not controlled by a central authority, which has made all attacks (and there have been some) ineffective.

That, in a nutshell, is why Bitcoin should become the world’s reserve currency. Now let’s look at why it will be that way.

The way to the currency reserve

We don’t need to speculate about Bitcoin’s rise to reserve currency status as it is already happening. No, governments are not yet buying it or issuing bonds that are rated in BTC. But who says you need the go ahead from the government before putting money in a safe haven?

Several very large public companies have already started converting their fiat balances into bitcoin. And why shouldn’t they, when, as Michael Saylor, CEO of Microstrategy says, holding cash is like sitting on a melting ice cube? With companies like Tesla, JP Morgan, and Goldman Sachs buying large tranches of Bitcoin and opening trading desks, and with loose monetary policy further undermining fiat’s value, we’re already well on our way to reserve currency status.

There won’t be a big “Aha!” Moment when the Fed admits Fiat was a mistake and starts converting to Bitcoin. And it doesn’t have to be. When private companies, corporate coffers, and ordinary citizens adopt Bitcoin as their preferred savings, everything snows from there.

There is another key factor in adoption that is rarely mentioned. It is often forgotten that politicians are people too, and if they are smart their financial advisors will urge them to hedge against the upcoming one world currency, one world tax system and the constantly monitored economic paradigm with Bitcoin. Government hypocrisy is becoming more and more apparent as governments continue to speak against Bitcoin when their own members have holdings of their own.

None of this is intended to create the impression that Bitcoin will follow a single, dead straight path to hegemony. Even our community disagrees on how the Bitcoin network should develop: some say it is perfect, but others think there is more work to be done in the areas of UX, infrastructure and blockchain-based financial services. It is the same with regulation, with opinions divided as to whether Bitcoin should be regulated or whether it should (or not) be subject to oversight and control.

There is wisdom in all of these beliefs. But no matter how Bitcoin turns out, one inevitability is that attempts to kill it will fail. Countries like India and Pakistan have tried to ban Bitcoin holding or trading, only to be defeated in court or simply by the technical impossibility of stopping peer-to-peer transactions.

I believe that regulation is inevitable. Therefore, it is best to take a preventive look at meaningful and industry-led frameworks. And I hope that governments will have a constructive dialogue with those who understand the technological and monetary properties of Bitcoin. Postponing the inevitable doesn’t do anyone a favor, but through engagement and collaboration we can build a new economy that is fit for our increasingly digitally connected lives.

Yes, regulation is a slow, often cumbersome process. But the sooner we have clarity about how governments will officially see Bitcoin – whether a black, white or gray economy – the faster we can finally deliver solutions that work for everyone. We are waiting in the wings along with many other financial professionals, always ready to work with governments and regulators so that together we can do the inevitable work for all.

This is a guest post by Nik Oraevskiy. The opinions expressed are solely their own and do not necessarily reflect those of BTC Inc or Bitcoin Magazine.

Where to Buy Dogecoin – Best Crypto Exchanges for Buying DOGE