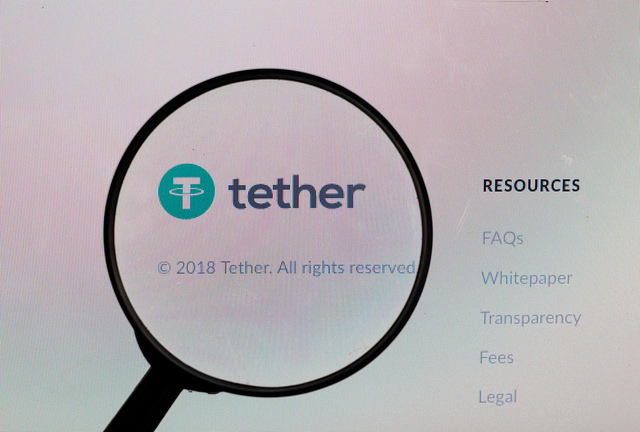 The U.S. Department of Justice is reportedly considering charges against executives at iFinex Inc., the company behind the stablecoin Tether, for alleged bank fraud.

Tether (USDT), the third largest cryptocurrency by valuation, is used for trading other cryptocurrencies and has an eventful history. As a stable coin that is pegged to the US dollar, it should be covered by dollars. As announced in March, this is not the case as only 3.87% of the USDT is covered by dollars and the remainder by a combination of cash equivalents, short-term deposits and commercial paper.

The New York attorney general’s office had previously taken action against iFinex over Tether in April 2019, resulting in a $ 18.5 million settlement in February. The Justice Department’s potential lawsuit is something new.

Bloomberg reported that Tether iFinex’s investigation is into alleged bank fraud. The federal prosecutor’s office should check whether Tether has concealed from banks that transactions were associated with cryptocurrency.

I guess it’s a strange claim. As with the New York investigation into the dollar hedging of the USDT that iFinex previously claimed, there is cause for concern. However, the DOJ is reportedly after Tether because iFinex may not have disclosed earlier in its history that it is dealing with cryptocurrencies versus banks.

Hindenburg Research is offering $ 1 million for information on…

XRP Price Prediction – How Much Can Ripple XRP Coin Reach In…

US banks were against cryptocurrencies in various places. JP Morgan Chase Co., Bank of America Corp. and Citigroup Inc. announced in 2018 that they would ban the purchase of cryptocurrencies with credit cards. A year later, JP Morgan launched its own cryptocurrency, complete with a variant of the Ethereum blockchain.

“Tether routinely engages in open dialogue with law enforcement agencies, including the DOJ, as part of our commitment to collaboration and transparency,” iFinex said in a statement.

The Bloomberg report added that the Justice Department had sent letters to individuals advising them that they were the targets of the investigation. It is alleged that these communications indicate that the department is about to file a lawsuit against iFinex.

The report comes after Treasury Secretary Janet Yellen, who claimed that most cryptocurrencies are used for illicit funding, called for stablecoins to be regulated.

Yellen said at the WSJ CEO Council Summit in May, “I think we don’t really have an adequate framework (for) cryptocurrencies to deal with the various problems they pose from a regulatory perspective. There are topics related to money laundering, banking secrecy law, the use of digital currencies for illegal payments, consumer protection and the like. “

Short seller Hindenburg sets a $ 1 million “bounty” on details of…

Hindenburg Research is offering $ 1 million for information on Tether Stablecoin

XRP Price Prediction – How Much Can Ripple XRP Coin Reach In 2022?