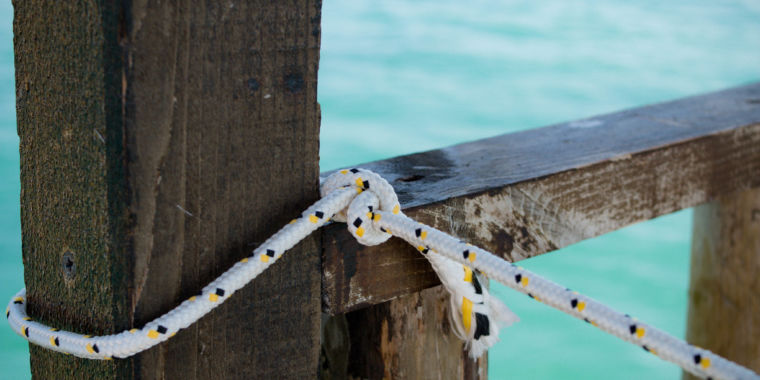 A New York judge has ordered Bitfinex, a cryptocurrency exchange that shares a parent company with the “stablecoin” Tether, to hand over a series of documents to New York attorney general Letitia James. James announced the order in a press release Thursday. She also unsealed the legal records from her office where she requested the warrant.

These documents suggest that Bitfinex is in serious financial trouble. The company was unable to recover the $ 851 million cash it had entrusted to a little-known Panamanian payment processor called Crypto Capital. James’ office writes that the information uncovered during the investigation “has raised serious questions about Bitfinex’s viability as an ongoing concern”.

In a statement, Tether said the New York attorney general’s filing was “maliciously drafted and riddled with false allegations”. According to Tether, the missing US $ 851 million “is not lost, but has actually been confiscated and secured.” The company added that “Both Bitfinex and Tether are financially strong”.

Bitfinex’s plight is important not only because its customers will lose hundreds of millions of dollars, but also because Tether has become something of a global monetary standard in the cryptocurrency world. Tether (the company) has promised that each unit of Tether (the cryptocurrency) will be worth $ 1, and the company has been remarkably successful in maintaining that peg over several turbulent years. That stability has led a number of exchanges to treat Tethers as a substitute for the dollar – a substitute that can be bought and sold without attracting unwanted attention from US regulators.

Bitfinex has reportedly tried to cover up its financial troubles by borrowing money from Tether, which challenges Tether’s promise to keep a dollar in the bank for every Tether spent. While you might expect this to shake market confidence in the tether’s peg to the dollar, it does not appear to be. As of this writing on Monday afternoon, Tether continues to trade for between $ 0.98 and $ 1 on a variety of exchanges.

Bitfinex has long been haunted by solvency concerns

Bitfinex is a popular cryptocurrency exchange that appears to operate primarily out of Hong Kong and Taiwan. The exchange enables people to buy and sell bitcoins, ethers, litecoins, and other blockchain-based assets, and shares a parent company with Tether.

Critics have raised questions about the financial health of the two companies over the past three years. After hackers stole $ 70 million worth of Bitcoin from Bitfinex in 2016, the exchange issued IOUs to customers to cover the shortfall. In April 2017, Bitfinex is said to have repaid all outstanding promissory notes. But people wondered if the exchange had dipped into its tether reserves to fund this.

Bitfinex promised to publish a professional review of its books, but the company never kept that promise. At the beginning of 2018, a company that Bitfinex had hired to conduct the audit abruptly withdrew from the position without publishing its results.

During the same period, Bitfinex found that it was becoming increasingly difficult to obtain banking services. One bank after another, their relationship with Bitfinex and Tether severed. Banks have not publicly stated their reluctance to work with Bitfinex, but it is widely believed that banks are concerned about potential regulatory headaches.

Limited access to the conventional financial system has made it difficult for Bitfinex and Tether to accommodate customer withdrawal requests. In late 2017 and early 2018, customers experienced long delays in withdrawing funds. Bitfinex began to rely heavily on a Panamanian payment company called Crypto Capital to make payments to customers.

“By 2018, Bitfinex had placed over $ 1 billion in mixed client and corporate funds with Crypto Capital,” New York Assistant Attorney General Brian Whitehurst wrote in a legal motion last week. The companies told New York officials that “no contract or similar written agreement has been made between Crypto Capital and Bitfinex or Tether”.

That went as well as expected. “In mid-2018, Bitfinex had extreme difficulties in fulfilling its customers’ requests to withdraw their money from the trading platform,” reports Whitehurst. “Crypto Capital, which held all or almost all of Bitfinex’s funds, refused to process customer withdrawal requests and refused or failed to return funds to Bitfinex.”

Chat logs received from New York officials show that Bitfinex sent increasingly desperate messages to Crypto Capital in the second half of 2018.

“Dozens of people are now waiting for a withdrawal from cryptocapital [sic]“, It said in an October message. “We’re at the end of the month and you haven’t sent a message,” the same Tether representative wrote in late November. “I am not your enemy. I am here to help and have been very patient so far. But you have to cut the crap and tell me what’s going on. “

According to Whitehurst, Crypto Capital told Bitfinex that the $ 851 million was unavailable because the funds were seized by officials in Portugal, Poland and the United States. Interestingly, Whitehurst reported last week that Bitfinex and Tether “do not believe Crypto Capital’s representations that the funds have been seized”. Tether now says that the funds “are not lost, but actually seized and secured”.

Instead of disclosing this situation to customers, Bitfinex responded by delving into Tether’s cash reserves. Bitfinex confirmed to New York regulators that it withdrew $ 625 million from Tether’s account with Bahamian bank Deltec in November and transferred it to Bitfinex’s account at the same bank. In return, Bitfinex transferred $ 625 million of its frozen Crypto Capital funds to Tether.

Obviously, that wasn’t a very good deal for Tether as it gave up $ 625 million in real money for $ 625 million, the authenticity of which was at issue. A month later (December), Bitfinex became “concerned that Crypto Capital’s clients could be involved in a fraud”.

Again, Bitfinex didn’t tell customers what happened. Instead, the exchange tried to cover it all up by making another dubious transaction with Tether. Tether has granted Bitfinex a $ 900 million line of credit backed by shares in Bitfinex’s parent company (which in turn shares a joint parent company with Tether). Bitfinex used this line of credit to “buy back” Tether’s $ 625 million in stranded Crypto Capital funds. Of course, none of these maneuvers changes the fact that their joint parent company was missing $ 851 million.

It was around this time that Tether changed the language on its website. Previously, the website stated that “every tether is always backed one-to-one by the traditional currency that is held in our reserves”. The website now states that “Each Tether is always 100 percent covered by our reserves, which include traditional currencies and cash equivalents and may from time to time include other assets and receivables from third party loans from Tether, which may include the following” affiliates.”

How did the market react to this news? In the hours following last Thursday’s announcement, Bitcoin’s price plummeted nearly 10 percent. It is still around 6 percent below its value last Thursday.

Bitcoin is now traded at Bitfinex at a premium compared to other cryptocurrencies. This is a common situation when an exchange freezes dollar withdrawals. Customers anxious to withdraw their money are willing to pay a premium to receive bitcoins that they can withdraw instantly – instead of taking the risk that they may never get their dollars back.

Remarkably, however, recent news seems to have had little impact on Tether’s worth. As I write this on Monday morning, CoinMarketCap is showing that Tether is trading for between $ 0.98 and $ 1 on a variety of exchanges.

It’s unclear why Bitfinex’s financial troubles seem to have had so little impact on Tether’s price. Tether’s value has been remarkably stable over the past three years with turbulent news, suggesting the company has developed ways to keep the peg in the face of hostility from the official banking system.

In the short term, Tether could simply have enough money in the bank – it is said to have more than $ 1 billion even after losing $ 851 million – to support the currency’s value. As long as total demand for tethers never drops below $ 851 million, Tether can buy tether when they drop below $ 1.

Nevertheless, currency pegs are fundamentally based on trust. If the market worries that demand for tether is falling, it could become a self-fulfilling prophecy that will spark a run on the currency as people strive to pay off while there is still money left.

So far this has not happened. And that could be evidence of the pivotal role Tether plays in a number of cryptocurrency exchanges.

Due to friction between cryptocurrencies and the conventional banking system, there are a number of “crypto-only” exchanges that do not offer payments in conventional currencies such as dollars or euros. On these exchanges, Tether is the closest trader to receiving dollars for their cryptocurrencies. As long as there is great demand for everyday tethers, the demand may never decrease to the point that serious questions are raised about the viability of tether.

If that happens, this would be an ironic parallel to traditional currencies like the US dollar, which was backed by gold until the 1930s. Between 1933 and 1971, the US government gradually severed the link between gold and the dollar. That led to the modern dollar, which cannot be redeemed for anything. The dollar retains its value because it is a convenient way for people to make everyday transactions.

Conversely, tethers are the most convenient way to make dollar-denominated trades in the cryptocurrency world. As long as that is true, there can still be robust demand for them, regardless of whether or not each individual tether is backed by a dollar in a bank account.

How To Buy Bitcoin (BTC)