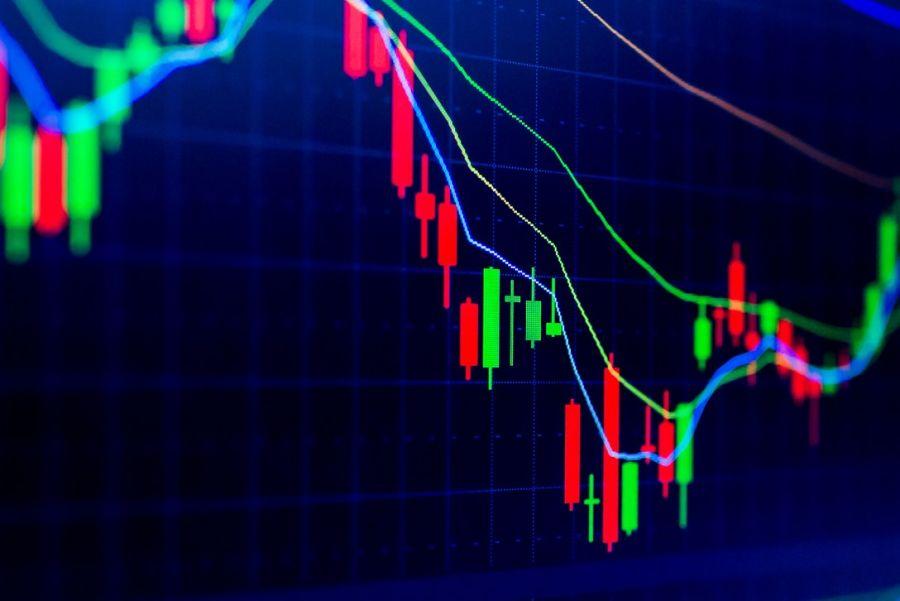 Given the recent red coloring the markets, it may not be surprising that the sentiment in the crypto market has fallen again – but now it’s close to falling below the score of 5 where we haven’t seen it in a long time. The average 7-day moving crypto market sentiment score (Sentscore) for ten large coins is now 5.03 compared to 5.49 last week, according to crypto market sentiment analysis site Omenics. In addition, all coins fell out of the positive zone.

The entire list of the ten most important coins has turned red – except for one coin, which is our default winner of the week. Bitcoin’s sentcore (BTC) is up 3% in the past seven days, after two consecutive declines.

On the much longer red side of the coin, XRP saw the highest drop of nearly 13% and the only drop in double digits. Polkadot (DOT) and Cardano (ADA) follow with 9.5% and 9% respectively. The lowest drop is that of Ethereum (ETH) of less than 1%.

Bitcoin’s surge was not enough to bring its Sentscore back to the top, however, as Ethereum still holds that place – although it is now also outside the positive zone. ETH’s sentcore is 5.9 compared to BTC’s 5.6.

Tether (USDT) and Uniswap (UNI) each have 5.2, while Cardano and Polkadot are 5.1. The remaining coins all have values ​​below 5, with the lowest values ​​of Binance Coins (BNB) and XRPs being 4. This leaves USD-Coin (USDC) and Chainlink (LINK), both at almost 5.

This week there were a few changes on the list: This time Litecoin (LTC) and Tron (TRX) are out, replaced by USDC and DOT. 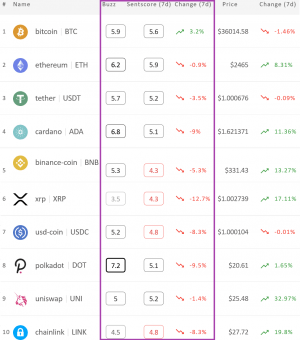 The daily situation has also deteriorated further. The 24-hour sentcore for the top 10 coins has taken another step down and is currently 4.79 compared to 4.96 last Monday. Two coins saw scores spike over the past day, namely BNB and ADA, which are up 3%, 2% and 0.3%, respectively, while and USDC are almost unchanged. The rest of the list ranges from 9% to nearly 2% of DOT recorded by both BTC and XRP. Ethereum still tops the list with a score of 5.8, but compared to last Monday, Bitcoin is now up from 5.1 to 5.6. USDC is the only other coin with a score above 5 (5.1) while the rest is in the 4.1 (Tether) – 4.9 (Uniswap) range. 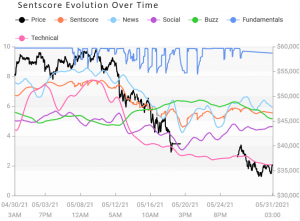 But Omenics rates 25 other coins besides the top 10. Over the past week, all but one have fallen. The only senscore that barely moves up is REN with 0.3%. Meanwhile the biggest drop of 22% is in the sentscore of AAVE and the lowest of 2% of QTUM. One major change compared to last week is that not a single coin is now within the positive zone – meaning the entire list of 35 coins is now in the neutral zone. Only eight of the 25 coins now have values ​​above 5, with the highest value of 5.6 being from Algorand (ALGO). The sent scores of the majority are therefore below the score of 5, and now, after several weeks, we have a coin in the negative area again – 0x (ZRX) is now at 3.5.

Omenics measures market sentiment by calculating the Sentscore, which summarizes sentiment from news, social media, technical analysis, viral trends and coin fundamentals based on their proprietary algorithms.
As their website explains, “Omenics aggregates trending news articles and viral social media posts into an all-in-one data platform that you can also use to analyze content sentiment,” and later adds, “Omenics combines the two sentiment indicators from news and social media with 3 additional verticals for technical analysis, coin fundamentals and buzz, resulting in the Sentscore, which shows a general outlook for each coin. “They are currently evaluating 35 cryptoassets.