The mood in the crypto market is finally rising, led by Cardano 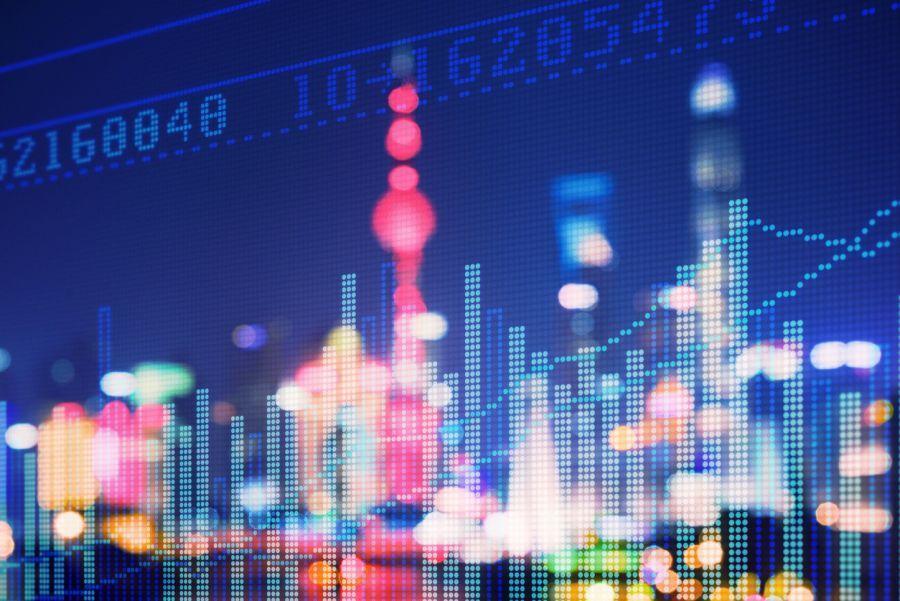 After weeks of downturns, there is finally an improvement in market sentiment. The average 7-day Moving Crypto Market Sentiment Score (Sentscore) for ten large coins rose to 4.87, compared to 4.46 a week ago, according to data from market sentiment analysis service Omenics. While we still don’t have any coins in positive territory, those that were in negative territory last week have pulled up into neutral territory.

The first sign of improvement over the past week is the fact that all but one coin saw their respective scores increase. That one coin is Litecoin (LTC), but even it saw a very small 0.3% drop.

On the other hand, the increases are quite considerable. The list is led by the double-digit increases, with cardano (ADA) taking first place with almost 18%. This is followed by 14% of USD coins (USDC), almost 12% of Bitcoin (BTC) and 11% of Ethereum (ETH).

A battle for the top has developed between the two top coins in recent weeks. The top is again held by Ethereum with a score of 5.7, closely followed by Bitcoins 5.6. In addition, ADA, USDC and UNI have values ​​between 5 and 5.1. The points of the remaining five coins are between 4.1 and 4.9. 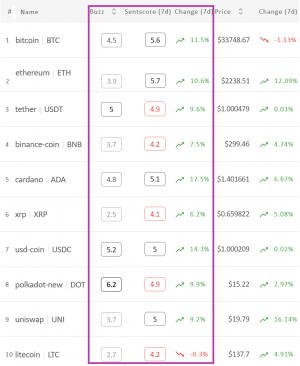 The sentcore of the last 24 hours looks even greener. At the time of writing, it is 5.2 for the top 10 coins, while it was only 4.55 at around the same time last Monday. Only USDC is red today, with a 3% drop to its Sentscore. Litecoin recorded the highest increase with 9%, Tether the lowest with 1%. While Bitcoin and Ethereum have similar increases of nearly 4% each, Ethereum tops the list and not only has the highest score, but also the only one in the positive range of 6.3. BTC is in third place, where we haven’t seen it in a long time, with a score of 5.8, after Cardanos 5.9. Four other coins have values ​​above 5, three are in the 4.2 to 4.6 range, and none are in the negative range.

Daily change in Bitcoin send scores in the past month: 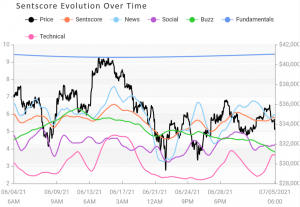 In the past week, the vast majority of the 25 coins outside of the top 10 list also saw an increase in Sentscores. Only three are in the red: Monero (XMR) with just under 4% and Zcash (ZEC) and WAVES with less than 1%. QTUM recorded the highest jump at 31%, but it still wasn’t enough to pull him out of the negative zone, with a score of now 3.6. The senscores of several other coins rose in double digits, while 0x (ZRX) rose the least at 0.6% and is currently at 4, just above the negative zone. Four coins are in negative territory, up from the six last week. There are no coins in the positive zone while six have coins between 5 and 5.3.