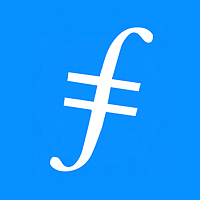 The development around Filecoin, its mining machines and hosting have meant that FIL prices have risen sharply in the last few days. However, this surge could come to an end if a bearish pattern emerges.

The9 signs second Filecoin deal in less than two months

On Tuesday, The9, a Shanghai-based online game operator, signed a $ 2 million purchase and hosting agreement for Filecoin mining machines with a Filecoin mining service provider.

Filecoin is enjoying increasing popularity among Chinese colleagues due to the incentives for mining. Therefore, The9’s investment deal makes sense. In addition, the company is known to own and operate an independent node on the Filecoin blockchain.

In addition, The9 had approximately 8 pebibytes of effective memory mining power on the Filecoin network. This proportion has increased to 80 pebibytes after the latest contract was signed.

News of this caused Filecoin prices to skyrocket 25% in less than 16 hours on March 30th.

The FIL price increase could be blocked

The FIL price has created three higher highs and lows in the past 13 days. A rising wedge pattern is formed when the swing points are connected using trend lines.

The technical formation shows a bearish bias which is confirmed after a collapse of the lower trendline. In Filecoin’s case, violating the $ 138.95 level triggers a 17% drop, which is determined by measuring the distance between the high and low in the widest range.

Interestingly, at $ 116.13, the target is extremely close to the 50% Fibonacci retracement level.

The bearish outlook is made even more believable by the top preventive cycle signal represented by the daily chart’s Momentum Reversal Indicator (MRI). This sign suggests that Filecoin price may be due to a reversal of its lower trendline.

On the other hand, a sudden surge in upward momentum leading to a key close above the upper trendline at USD 158.90 could jeopardize the bearish thesis.

In such a scenario, the FIL price could soar nearly 5% to $ 166.52. This move would invalidate the bearish outlook. If the upward momentum continues, investors can expect a move towards the Fibonacci extension level of 127.2% at $ 182.16.

Is Ethereum the kickstarter of the cryptocurrency world?