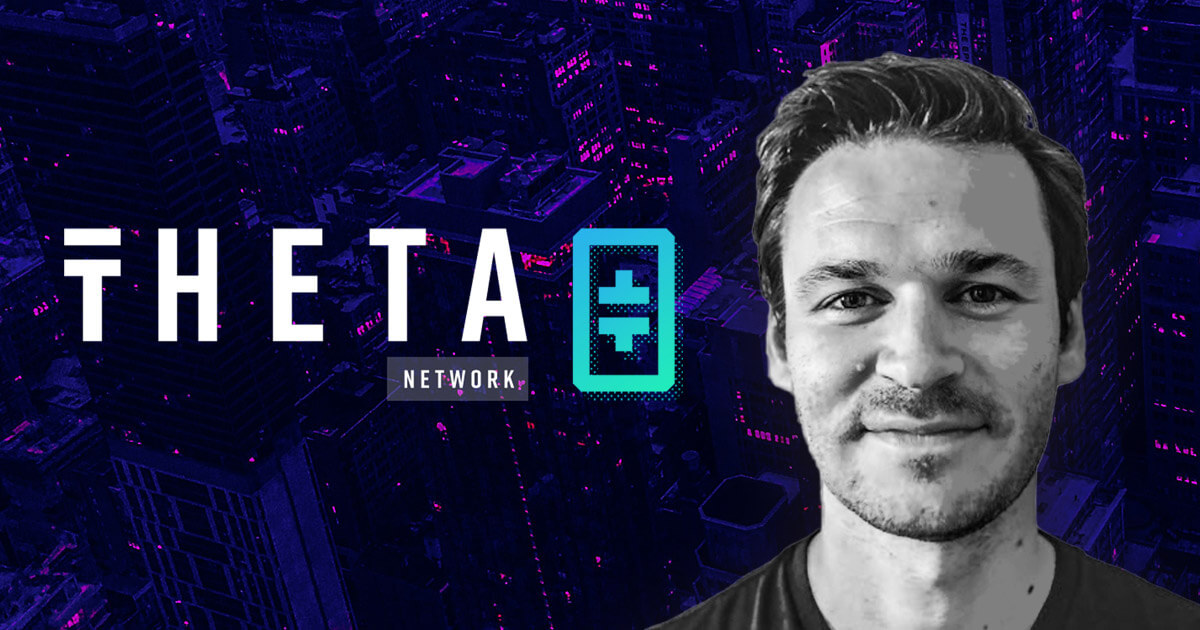 CryptoSlate recently had the opportunity to speak to Wes Levitt, Theta’s Head of Strategy. Theta creates a more efficient, decentralized network for delivering video and other data between connected devices.

Wes Levitt is Head of Strategy at Theta Labs, where he works on corporate strategy, marketing and public relations, and analytics. He has been a speaker on blockchain topics at conferences such as the New York Media Festival, Blockchain Connect and the NAB Streaming Summit. Prior to joining Theta Labs, Wes spent 8 years investing in real estate stocks and securitized debt. He holds a BS in Economics from the University of Oregon and an MBA from UC-Berkeley Haas School of Business.

What is the professional background of the Theta founders and what are their experiences with crypto so far?

Mitch Liu, CEO of Theta, has an extensive background in media and gaming. He co-founded Gameview Studios, best known for their mobile game franchise Tap Fish, with nearly 100 million downloads. The company was acquired by DeNA, a leading Japanese mobile gaming company, within 6 months of its launch. Previously, in 2007 he co-founded Tapjoy, a pioneer in award-winning social and mobile video advertising, and grew the company’s revenue to $ 100 million.

He received a BS in Computer Science & Engineering from MIT, completed his thesis in the Interactive Cinema video group at the MIT Media Lab, and received an MBA from the Stanford Graduate School of Business.

CTO Jieyi Long leads the technical team at Theta Labs and has developed several US patented technologies for decentralized data streaming and live VR streaming. Prior to Theta Labs, he held senior technical positions at MadSkill Game Studios, Synopsys, and Magma Design Automation. He received a BS degree in microelectronics from Peking University in Beijing, China. He also received a Ph.D. Degree in Computer Engineering from Northwestern University in Evanston, IL, where he did research in mathematical modeling and algorithms to optimize distributed electronic systems.

What problems does theta solve?

Theta creates a more efficient, decentralized network for the delivery of video and other data between connected devices, reducing the cost of delivering video platforms and improving their bottom line. The introduction of token rewards for end users also translates into higher user engagement, longer watch times, and more recurring visits, all of which translate into higher market share.

How many people are working on theta and where is the team based?

There are currently 25 employees at Theta Labs, mainly in San Jose / Bay Area, as well as in field offices in Seoul and Amsterdam.

What are the long-term prospects of theta for NFTs, aside from digital collectibles? Which additional use cases will arise that have not yet been implemented?

We see a great opportunity in the connection of NFTs with real objects and events. Some of the crypto streamers posting NFTs on Theta are already tying their NFTs to unique experiences and offline items that will be announced shortly.

Also, with the Covid restrictions easing, we’re really excited to see the return of live events and how NFTs can be used for ticketing – a huge improvement as NFT-linked tickets are easily transferable but have been proven to be authentic and rare.

What is the strategic advantage of partnering with Sony Europe?

The Sony Innovation Fund was an early investor in Theta Labs, so we’ve been discussing possible collaborations for some time. When Sony Europe R&D Lab started focusing on blockchain technology, it made sense to partner with the launch of the Theta Validator Node to strengthen the security and consensus of the Theta blockchain.

What does the Lionsgate and Cinedigm partnership mean for the future of Theta?

It is important for big brands and companies to gain experience in the blockchain space, and these partnerships are often the first step in that. As Theta brings in more of these key partners, the protocol develops a reputation as a blockchain, which is specifically designed for media and entertainment and can be the right first step into the blockchain space for a company.

What are some of the technological advantages of the theta blockchain? Does it build on existing blockchain frameworks?

Theta is primarily new code built from scratch, although it incorporates some design elements from the Tendermint consensus. Building on this foundation, Theta’s Multi-BFT consensus model balances a large group of over 3,500 community-operated Guardian Nodes with a core group of Enterprise Validator Nodes operated by groups such as Google Cloud, Sony Europe, Samsung Next, and Blockchain Ventures become. This enables a quick consensus between the validator set, but without sacrificing decentralization, since transactions are concluded between the larger permissionless Guardian Node-Set.

Theta has also made great strides in ultra-high throughput blockchain micropayments to enable decentralized networks for which it has been recognized several US patents.

What are the challenges in building a specially designed blockchain? How will theta achieve decentralization of its use and governance?

Compatibility with other blockchains is a challenge. The introduction of a new ERC20 token is relatively easy, as the infrastructure for Ethereum-based tokens is already fully in place; for theta we had to build a lot of it ourselves. That took some time, but is now largely complete and aided by the fact that Theta uses similar cryptography and is EVM compatible, which means, for example, that any Ethereum smart contract can be executed on the Theta blockchain without any code adjustments .

What can you tell us about the Theta Product Roadmap? What will be the major upgrades of the Theta Mainnet 3 upgrade?

The biggest change for Mainnet 3.0 is the introduction of Elite Edge Nodes, a stronger, more robust network of nodes to provide decentralized video streams. These nodes allow users to set TFUEL tokens and earn additional TFUEL as a reward for high uptime and network availability. This additional incentive is intended to encourage a greater number of always-on edge nodes, which will make the theta network more effective for video delivery.

What is the use of the theta token?

Theta token (THETA) is the governance token of the Theta Protocol. THETA is used as a validator or guardian node and contributes to block production and protocol control of the Theta network. By staking and running a node, users earn a proportional amount of the new TFUEL generated. The supply of THETA is fixed at 1 billion and will never increase.

Theta fuel (TFUEL) is the operative token of the theta protocol. TFUEL is used for on-chain operations such as payments to edge node relays to share a video stream or to deploy or interact with smart contracts. Relayers earn TFUEL for every video stream they forward to other users on the network. You can think of Theta Fuel as the “gas” of the protocol. When the theta blockchain was created, there were 5 billion TFUELs, and the supply is increasing annually at a fixed percentage that is set at the protocol level.

Where do you see the theta ecosystem in the next few years? What will the most important milestones be?

Over the next few years we will see Theta evolve into a decentralized delivery network for every type of data. We believe there are many ways to get game patches, operating system updates, and other file types forwarded when the right networking properties are in place for peer-to-peer networks like Theta. You have many concurrent users downloading these files at the same time, sometimes millions at the same time, which is ideal for providing high peer availability for P2P networks.

What is the best way for those interested to learn more about theta?

The best way is to start with our theta documentation and GitHub and follow us on the social channels here: