XRP price is up over 70% from April high and 50% from rebound high from April 1 at the time of writing, however, today there is a convergence of three technical indicators that may signal that Ripple is getting close to a new one Trading lows or the beginning of a slow process of building an investable low for a new bull market.

The XRP price holds up by balancing close to the abyss

Before the current sell-off, the XRP price had shown a similar passivity and disorientation as many Altcoins. Ripple wasn’t inspired by the 30% rally in Bitcoin price, but prefers a range between two imposing levels, the cutout of an inverse head-and-shoulders pattern at $ 0.76 and the psychologically important $ 1.00.

The range was not accompanied by any signs of accumulation or distribution, increasing the likelihood that XRP price will remain within the relevant price range for the foreseeable future.

In the past two days, the range has cleared, and XRP price has fallen nearly 34% in the biggest two-day decline since December 2020, when the SEC case hit the headlines. As a result, Ripple has reached three major technical milestones: a test of the 78.6% retracement of the December 2020 to April 2021 surge at $ 0.555, a whiff of the 50-week SMA at $ 0.539, and an oversold level at daily RSI.

In the first ripple chart below, the test of the 78.6% retracement and RSI oversold condition is highlighted.

The 50-week SMA is a key technical indicator for assessing extreme deviations from the mean, macroeconomic oversold conditions, and the sustainability of the rally from significant lows. In the current Ripple case, the smoothed trend line has emerged as support. Therefore, if the XRP price is to recover, it should be in this price range. 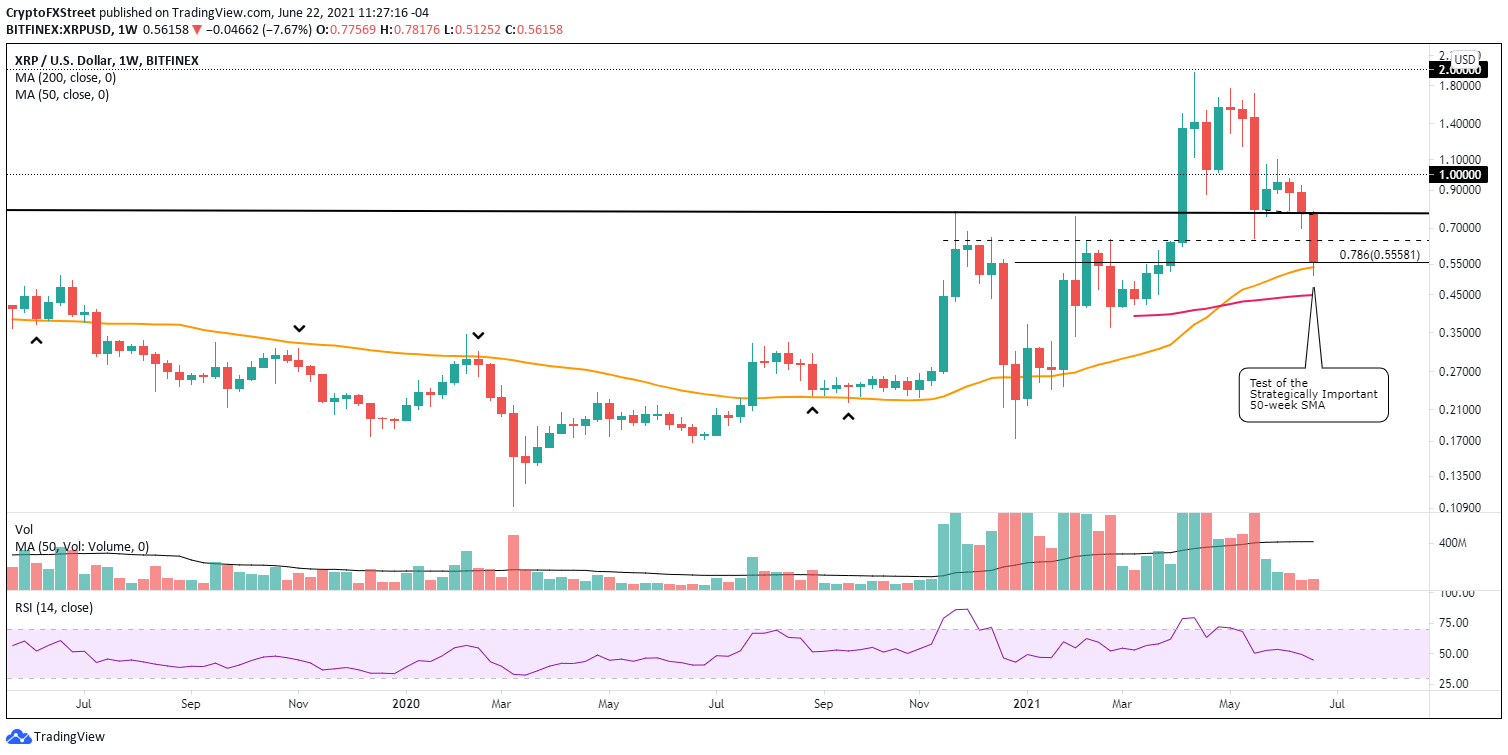 The severity of the current XRP price decline has been too great to contain the May 23 low at $ 0.652. Still, the widening of the sell-off has now sparked three technical indicators suggesting a bottom has been hit, stacking the probabilities in favor of at least a dead cat bounce and possibly an investable low for dedicated ripple investors.

Which crypto will prevail?