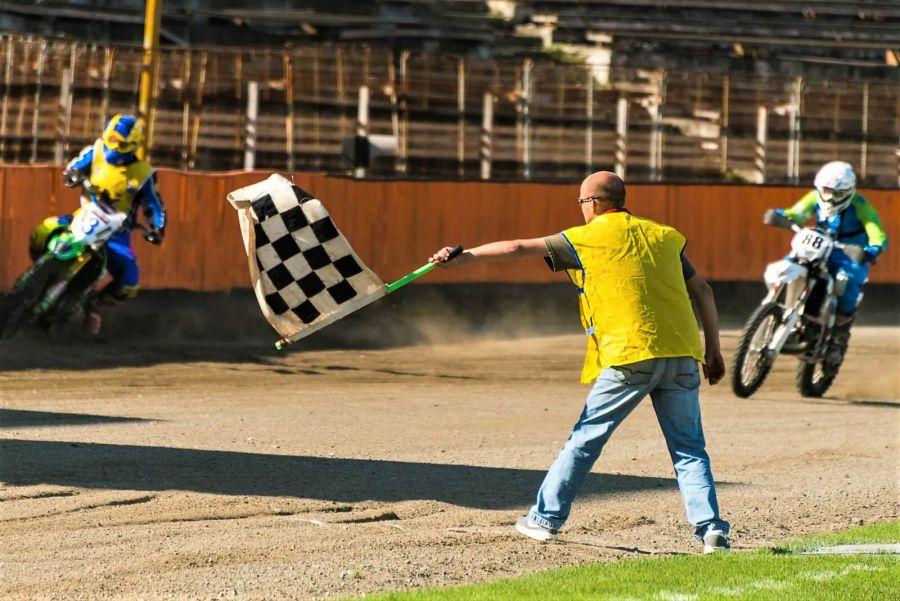 Perhaps surprisingly, July was a green month. Despite the slumps and sideways trading, there was a surge in crypto markets in the second half of the month, pulling the month into the green zone.

It happened after the crypto markets ended June in red with no single winner among the top ten coins by market cap and only five in the top 50. At the time, that was 7% of Bitcoin (BTC) the smallest drop, followed by Ethereum (ETH) with 13%.

In July, BTC initially slowly fell from $ 35,600 to $ 29,500 in the second half of the month, around the 20th, at which point the surge began and ended the month at nearly $ 42,000. Similarly, ETH initially fell from around $ 2,300 at the beginning of the month to $ 1,500 around July 20, then rose again and ended the month at $ 2,600. As for developments in these two networks, two important ones are underway: Bitcoin’s major Taproot upgrade is being tested on the testnet, while preparations for the upcoming Ethereum London upgrade are also in full swing. 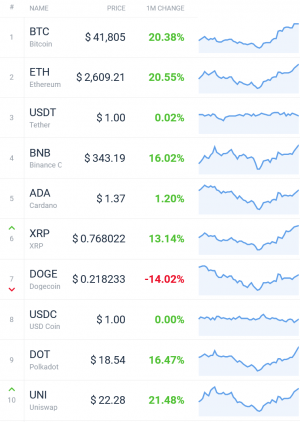 All but one coin in the top 10 had gained weight over the course of July, some more than others. The race was close, but the winner of the month was uniswap (UNI) with a price increase of 21.5%. Right behind were Ethereum and Bitcoin, which crossed the finish line with a plus of more than 20%.

Three other coins recorded double-digit increases, namely Polkadot (DOT) and Binance Coin (BNB) with around 16% and XRP with 13%.

Finally, Cardano (ADA) was up 1% – and was generally one of the better performers that year.

The only coin that fell in July was Dogecoin (DOGE) – the winner of the second quarter and first half of 2021. It’s a 14% decline. 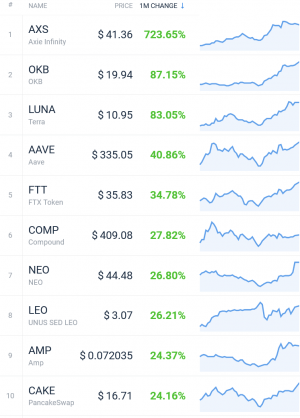 And we have a full list of the top 10 best performing coins in the top 50 by market capitalization. Axie Infinity (AXS) leads it by a distance, up nearly 724%. The coin hit several new all-time highs in July. In a mid-July post, the team behind it said that it “continues to experience unprecedented growth” and also announced that it will provide dedicated servers specifically for esports events over the next few months.

The distant second and third place are occupied by OKB and terra (LUNA), which rose by 87% and 83% respectively. AAVE increased 41%, FTT increased 44%, while the remaining four increased between 24% and 28%. 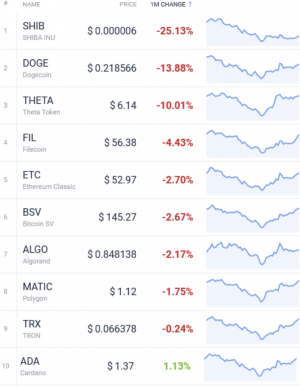 Although the green list is full, the red list is also full. However, the declines are not that big compared to the increases. The front runner on this list is one of the June winners, Shiba Inu (SHIB). In July it fell by more than 25%.

It is the only coin to have fallen more than 20% while only two more posted double-digit losses: DOGE and THETA. While Filecoin (FIL) lost almost 5% in value, Ethereum Classic (ETC), Bitcoin SV (BSV) and Algorand (ALGO) all fell between 2% and almost 3%.

Looking at the top ten performers in the top 100 by market capitalization, we find AXS at the top, followed by FLOW and Quant Network (QNT), which are up 147% and 118% respectively.

– Safekeeping or not safekeeping? Three reports weigh on Bitcoin
– ETH becomes “unlikely” to become the “people’s currency” but can still compete with BTC

What if bears take control of the price of Bitcoin and Ethereum in the coming days?