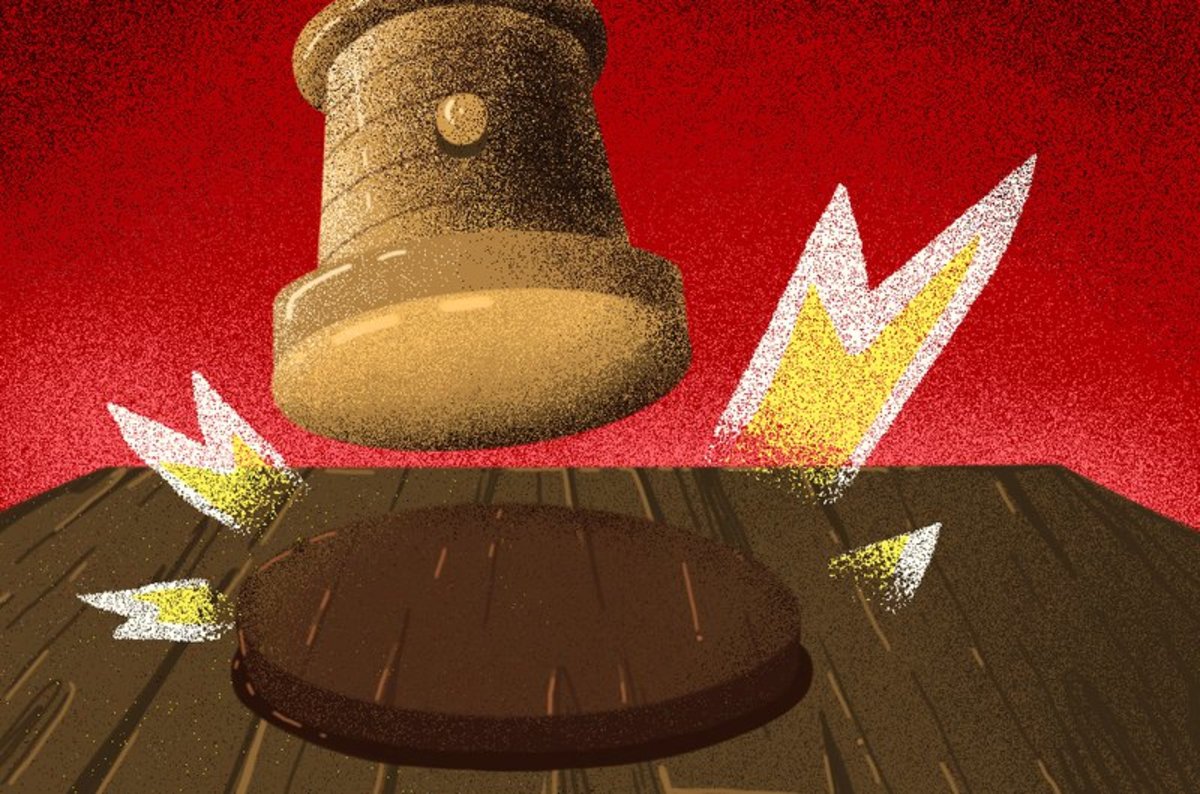 Europe has recently taken significant steps towards totalitarianism and has shown a desire to take people’s lives into their own hands, from communication to private property. In the last few days, individual removals from different countries on the continent have further illustrated this trend. However, thanks to Satoshi Nakamoto, we at least have Bitcoin – the unstoppable peer-to-peer currency that will be the answer.

The European Parliament has approved the “ePrivacy exemption”, which enables providers of e-mail and messaging services to search all personal messages from citizens automatically. The alleged motivation behind this action is to “search for suspicious content and report suspected cases to the police”, as Patrick Breyer, campaigner for digital freedom and member of the European Parliament since 2019, shares.

“In today’s vote, 537 members of the European Parliament approved Chatcontrol, with 133 against and 20 abstentions,” wrote Breyer. “While the providers initially have the choice to search news or not, follow-up laws expected in the fall are to oblige all providers of communication services to an indiscriminate check.”

However, what this totalitarian move effectively represents is a new and automated mass surveillance reality in the European Union. Citizens are prevented from enjoying private conversations in networked media as a whole. Digital privacy should be recognized as a natural extension of human rights, which the United Nations supposedly recognizes.

“Nobody may be exposed to arbitrary interference with their privacy, family, home or correspondence or attacks on their honor and reputation,” says Article 12 of the UN Declaration of Human Rights. “Everyone has the right to legal protection from such interference or attacks.”

It is therefore unclear how many mass surveillance measures could pass parliament. Breyer also shared his thoughts on the new EU regulation:

“The passage of the very first EU regulation on mass surveillance is a sad day for anyone in need of free and confidential communication and advice, including victims of abuse and press sources,” he wrote. “The regulation gives the confidentiality of digital correspondence a death blow. It is a general breach of the dam to allow the indiscriminate surveillance of private rooms by corporations – according to this totalitarian logic, our mail, our smartphones or our bedrooms in general could also be monitored. ” Letting go of such denunciation machines on us is ineffective, illegal and irresponsible. “

Such a step by the European Union violates human rights and does not necessarily lead to the desired results. According to Breyer, in most cases innocent citizens are suspected of having committed a crime due to unreliable trials. Hence, in this case, the many pay their tribute for the actions of some chosen ones through an indirect, deceptive assertion that the ends justify the means.

Child abuse and pornography, apparently central to the passage of the law, would not be eliminated by these monitoring mechanisms.

According to Russian news agency TASS, the country’s lawmakers are working on legislative changes to authorize the seizure of Bitcoin and other cryptocurrencies as they are allegedly used for criminal activity.

“A serious challenge is the criminal use of cryptocurrencies in our country,” said the Prosecutor General of the Russian Federation, Igor Krasnov, according to a translated version of the report. “An important step towards overcoming this problem was the passing of the federal law in July 2020 2020 [on digital assets]. Work is currently underway to change the law of criminal procedure. This will allow the application of restrictive measures and the seizure of virtual assets. “

Krokov later added that Bitcoin is increasingly being used for bribery and corruption in Russia. The solution, in his opinion, is to allow the government to seize BTC. He believes this would deter future criminals from using Bitcoin for illegal activities.

“The latency of these criminal acts has recently been exacerbated by using crypto assets as bribes and conducting cryptocurrency exchange operations as a way to launder stolen budget funds,” Krasnov said.

The attorney’s statements reveal a profound misunderstanding about how Bitcoin basically works. When users do business with BTC they own custody, there is virtually no way for the government to intervene. Russian officials or officials from another country cannot stop, censor, or reverse Bitcoin transactions. And the seizure of BTC is no different – a third party cannot hijack Bitcoin in its own custody, unless through personal or remote attacks. This could only happen if the trading parties use centralized Bitcoin custody and transfer services, such as a centralized exchange. But in this case, users wouldn’t be making BTC transactions anyway.

It remains to be seen how the Russian government will proceed in the coming months. Still, this law would also be a clear sign of authoritarianism and human rights violations when it came into force. There is no point in punishing the use of the tool itself and not the criminal user. If such an approach were applied to other means of monetary exchange, people would stop using dollars and traditional banks, which very often are used for criminal purposes.

Spain wants to allow the confiscation of private property

Over the weekend, the Spanish government itself began to flirt with totalitarian measures. According to a report by local El País news agency, Spain is considering a national mobilization and “security law” that would force citizens to “temporarily” relinquish their rights in the event of future public health crises or other emergencies.

“Every person of legal age is obliged to fulfill the” personal obligations “required by the competent authorities in accordance with the guidelines of the National Security Council when a state of crisis is declared in Spain,” said a translation of the report. “In this case, all citizens without exception must adhere to the orders and instructions of the authorities.”

The vagueness of the statement suggests that nothing would be forbidden when it comes to legitimizing the ability of state authorities to invade the private life and property of citizens, which is also quoted.

“In the event that a state of crisis is proclaimed in Spain (” Situation of interest to national security “is the exact legal designation), the authorities can intervene or re-provisionally occupy the necessary or the cessation of all kinds of activities”, says it in the report.

Although future legislation allegedly would provide for “compensation”, it is unclear whether the government would stand it. And even then, that law would involve sharp, tangible encroachments on basic human rights. This is because since the state itself declares a “state of emergency”, any ruling government would have absolute power to respond and take control of what it sees fit.

Bitcoin is the way out

The currency network idealized and shared by Satoshi Nakamoto in 2009 is uniquely positioned to empower those trapped in totalitarian regimes that do not respect basic human rights.

Based on a set of principles that value private property, individual freedom, and financial sovereignty, Bitcoin can help them reclaim what is theirs and have meticulous control over what, how, when and with whom they spend their money .

People around the world, who are researching the basics of Bitcoin, learning how to properly use it for privacy, self-custody of their holdings and running their own nodes to become sovereign themselves, will be able to deal with such totalitarian regimes in the To peacefully resist and take a meaningful stance against a spread.