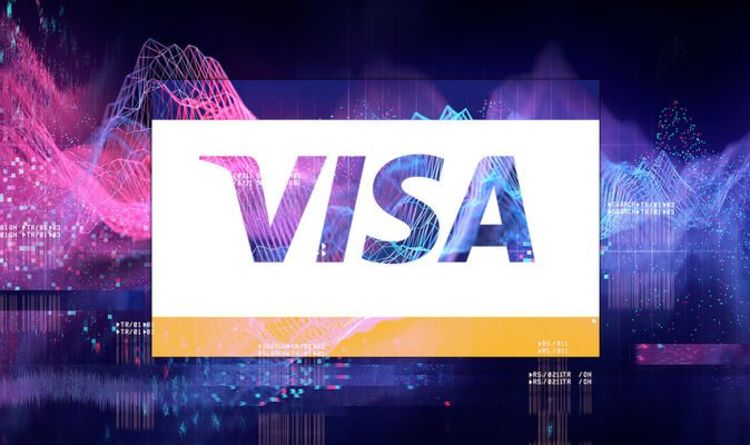 This comes as Tesla announced it will allow the use of bitcoin to purchase electric vehicles.

Other firms such as Mastercard, Blackrock and BNY Mellon have allowed the use of cryptocurrencies.

Usually, a cryptocurrency wallet is used to wire money to Visa but it adds costs to businesses.

The announcement today means Visa will use the ethereal blockchain, which will remove the need to convert cryptocurrency to traditional money.

This year, Tesla transferred $1.5billion (£1.08billion) to Bitcoin as it allowed the use of cryptocurrency to pay for products.

He tweeted: “You can now buy a Tesla with Bitcoin.

Simon Peters, a cryptoasset analyst at eToro said: “If there were any doubters as to the mainstream acceptance of bitcoin, this surely must mark the end of any scepticism.

“Multiple other brands already accept bitcoin as payment, and we would imagine that, in time, other major companies will follow Tesla’s example.”

Amid the rise in Bitcoin’s price and influence, some commentators have claimed the cryptocurrency could be banned.

Bridgewater Associates CEO Ray Dalio, claimed the US Government may want other currencies stopped from competing against the dollar.

Mr Dalio said: “Every country treasures its monopoly on controlling the supply and demand.

“They don’t want other monies to be operating or competing, because things can get out of control.

“So I think that it would be very likely that you will have it, under a certain set of circumstances, outlawed the way gold was outlawed.”

He continued: “Bitcoin has proven itself over the last 10 years, it hasn’t been hacked.

“It’s by and large, therefore, worked on an operation basis.

“It has built a significant following.”

Coinbase Allows You to Earn 1.25% APY On Every USD Coin – Finance and Funding