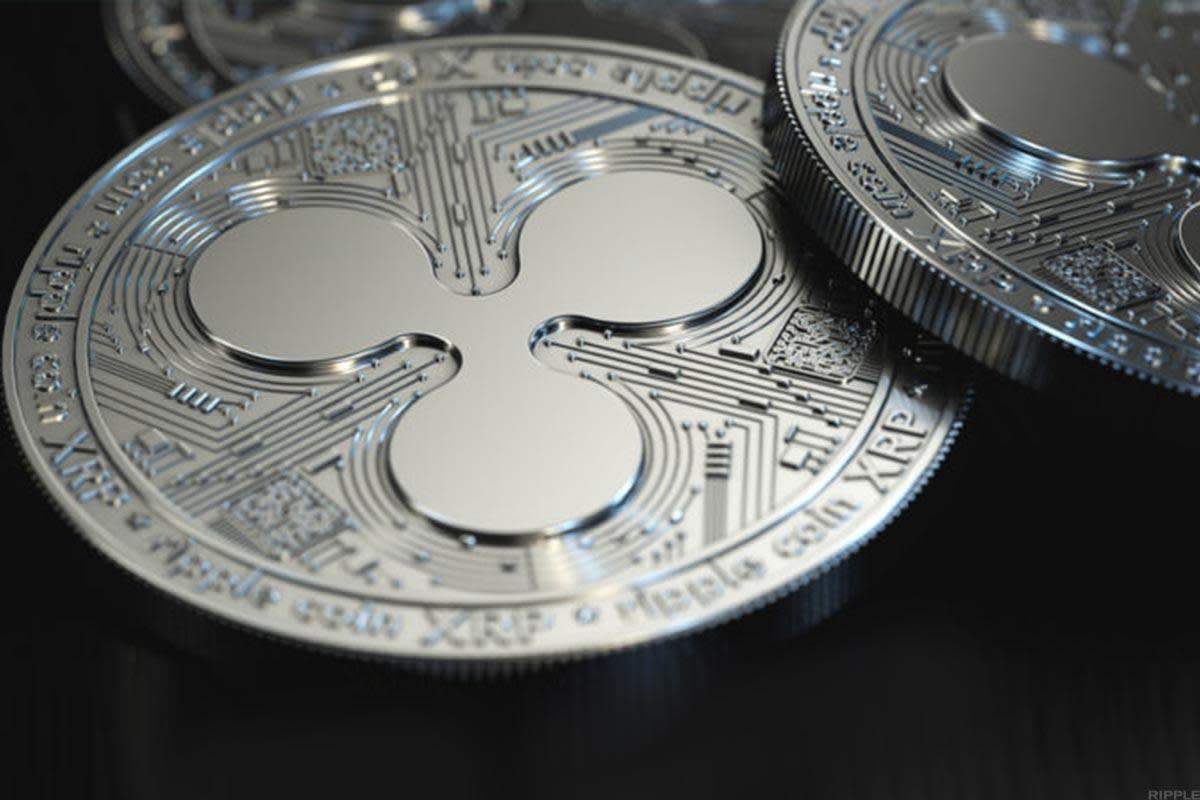 After Bitcoin established itself as a viable currency that had the potential to last, other cryptocurrencies popped up in an attempt to dethrone them.

The two largest cryptocurrencies in the world by market cap are Bitcoin and Ethereum, but the third largest – Ripple – stands out from them. What makes Ripple stand out and what is being talked about even though Bitcoin and Ethereum are worth so much more?

Ripple is a company, a digital payment processing system, and a cryptocurrency also known as XRP at the same time. This is similar to Bitcoin, but Ripple’s blockchain system is very different, and the currency is owned by one company – Ripple – while Bitcoin is mined.

Ripple’s infrastructure was designed to make transactions faster and more convenient for banks, making it a more popular cryptocurrency option for larger financial institutions. While Ripple is often used to refer to the XRP cryptocurrency, it is actually the company (formerly known as Ripple Labs) that holds most of the XRP. In addition to offering a range of payment systems, Ripple owns around 60 billion XRP and holds 55 billion of them in an escrow account. They can sell up to a billion of them a month – albeit rarely.

Ripple’s blockchain system, RippleNet, offers businesses and financial institutions a number of programs that support cross-border payments. These include xCurrent (a payment processing system for banks), xRapid (enables financial institutions to minimize liquidity costs while using XRP as a bridge from one fiat currency to another), and xVia (enables companies to send payments over RippleNet).

Ripple’s website has dozens of customers using their blockchain system, from smaller banks to some of the largest in the country. American Express
(AXP) – Get the report , for example, announced a partnership with Ripple in 2017 that enabled limited blockchain payments from US companies to UK companies.

Ripple also brags about the company’s versatility, ability to help large financial institutions, and exceptionally fast transaction times. At the heart of it all is the currency itself – XRP.

XRP: What is Ripple Currency?

XRP, Ripple’s digital asset, is reportedly capable of processing a payment in 4 seconds and processing 1,500 transactions every second.

While Ripple is different from other cryptocurrencies in many ways, one of the things it remains is that a limited amount of XRP will be created and that is all there will be. In the case of XRP, there are 100 billion, 60% of which is owned by Ripple.

If a financial institution were to use xRapid to help with cross-border payments from one fiat currency to another, XRP would be used in the middle of the transaction for liquidity. This makes Ripple and XRP a bit unusual in the cryptocurrency world: it’s not actually used as currency, so Ripple CEO Brad Garlinghouse recently told a conference audience, “I don’t think of the digital asset market in terms of customer experience.”

With so much XRP owned by Ripple and not actually used as a currency, some have claimed that it should be viewed as a security. However, Garlinghouse has said that he believes it shouldn’t as it serves a useful purpose, and owning XRP doesn’t mean owning any part of the Ripple business.

Bitcoin as the best-known cryptocurrency with by far the largest market capitalization is an easy comparison when discussing other cryptocurrencies. However, Ripple is different from Bitcoin in a number of ways.

Some notable ways are how Ripple sells itself, especially in terms of transaction speed. One of the most notable complaints about Bitcoin is how long a transaction can take. Due to Bitcoin’s extreme volatility, there is a risk that once the transaction is complete, you may not receive the amount of BTC that you expected when you initially initiated it. But since Ripple takes 4 seconds of transaction time, that’s far less of a concern.

Bitcoin is completely decentralized as it was made with the aim of facilitating financial transactions without the need for a third party such as a bank. Ripple, on the other hand, literally sells its services to banks and financial institutions. With most of the XRP owned by the company, the network is much more centralized.

Although both fall under the broad umbrella of “cryptocurrencies,” the purposes of Ripple and Bitcoin couldn’t be further apart. Bitcoin was made in the hope of creating an entirely new financial system. Ripple, which is developing its digital token to aid in asset transfers, seeks to support existing financial systems and improve their capabilities for global transactions.

Is there ripple mining?

Another notable difference between Ripple and Bitcoin is mining. Bitcoins are known to be mined, a controversial process due to its combination of expensive technology and the enormous amount of energy it takes to do it.

While all 21 million bitcoins need to be mined, all 100 billion XRP already exist and do not require mining. To date, Ripple has a circulating supply of over 39 billion XRP. Those interested in owning some will have to buy them through a cryptocurrency exchange – although this is much cheaper than spending money on crypto mining rigs.

Ripple price has fluctuated a lot in its short history. As of this writing, XRP is valued at 48 cents, with a market cap of about $ 18.8 billion per CoinMarketCap.

For the overwhelming majority of the existence of XRP, its value has shrunk below a dollar – if an XRP owner saw in 2016 that it is now worth nearly half a dollar, they would be amazed at how much it has risen; By January 2017, the value of an XRP was only $ 0.006. It started rising later in the year, reaching nearly $ 0.40 by the end of May. It didn’t fall long after that, but stayed in the 10 cents and 20 cents range for the next 6 months or so.

There was a sharp increase in December 2017. On the 14th it had exceeded 80 cents. A week later, on the 21st, it was above $ 1 for the first time in its history. It hit $ 2 a week later and peaked on January 4, 2018: $ 3.84 in value and over $ 148 billion in market cap. It even overtook Ethereum in the second largest market capitalization for cryptocurrencies. This was around the same time as Bitcoin’s amazing rise to a high of more than $ 20,000, which caused the crypto market to explode.

Unsurprisingly, such a massive surge was unsustainable for either of them. By February, Ripple had dropped back below a dollar in value. It hasn’t hit the $ 1 mark since late February.

Ripple wallets are similar to Bitcoin wallets and have secure keys that enable transactions. At Ripple, however, wallets require at least 20 XRP for the first deposit.

As with other cryptocurrency wallets, there are several types, including software wallets and mobile wallets, available for Android and iOS. Most often, however, it is recommended that you keep your Ripple (and other cryptocurrencies) in a hardware wallet. Hardware wallets are much safer because they store the content offline. One notable hardware manufacturer with a wallet that supports Ripple is Ledger, whose Ledger Nano S wallet enables Ripple.

How to buy Ripple

Buying Ripple is not yet as convenient as buying Bitcoin. Occasionally, you can swap USD for XRP at a cryptocurrency exchange like Bitstamp, but it rarely does.

Other exchanges that sell Ripple, including Coinbase and Binance, must instead exchange another cryptocurrency, such as Bitcoin or Ether, in order to acquire XRP. Regardless of the currency you’re exchanging for XRP, you’ll need an account on the exchange and a Ripple wallet to send your XRP to. Since XRP is supposed to be so notoriously fast, once you have everything in order and initiate the transaction, you should have your XRP relatively quick. Learn more in our guide to buying XRP here.