What is Ripple and How to Buy XRP (Ripple) 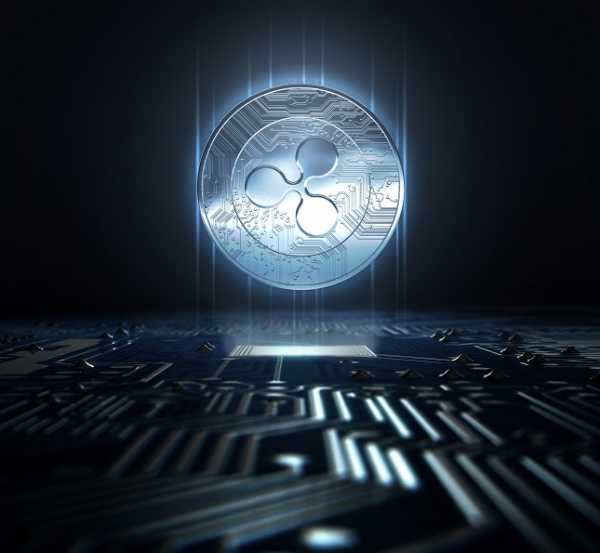 How do I buy XRP?

Buying Ripple can be done through two main options. The first option is through cryptocurrency exchanges like CEX.IO (Ripple will be available soon) and Kraken.

How to Buy XRP in 4 Easy Steps

Note that if you want to speculate on the price of Ripple and don’t own the coin, you can turn to Plus500 * (72% of retail CFD accounts lose money, Subject to availability), which allows you to trade CFDs on various cryptocurrencies as well as Ripple.

Cryptocurrency exchanges require new users to verify their account prior to any trading activity. Therefore, once you have registered your account, you will need to verify your details in order to continue the process.

That’s it, now you can log into your exchange account, search for XRP / USD or XRP / BTC, XRP / XBT and buy the coin. After purchasing, withdraw your Ripple (XRP) into the digital wallet that you opened at the beginning of the process.

The other method is through brokers who offer contracts for difference (CFDs). Not all exchanges currently offer the ability to trade Ripple, but Plus500 allows traders and investors to easily buy and sell Ripple. Log into Plus500 * (72% of retail CFD accounts lose money), deposit funds via bank transfer or credit card, and you can trade Ripple from either your desktop or mobile app.

Ripple only sells XRP to banks and institutions, but individual investors can find it on a variety of cryptocurrency exchanges. It can be bought with other cryptocurrencies or with US dollars. The exchanges have different cost structures and pricing policies, so comparative purchases are strongly recommended. There is also a useful website that compiles lists of exchanges with user ratings.

Keep in mind that the adoption of XRP by the cryptocurrency community in general is changing significantly as of the end of 2017. Exchanges add XRP when demand increases, and pricing policies change quickly too. Buyers and sellers should regularly check the status of XRP to stay informed of the situation.

XRP is at the forefront of the new era of cryptocurrency. Ripple has applied new blockchain technology to an existing structural bottleneck in a way that has the potential to reshape the global financial system. They proceeded slowly and methodically with little fanfare for most of the process. That is the end of it, and now individual investors are also getting involved.

Ripple – One company and one blockchain

Ripple was founded to develop an inexpensive and safe solution to this problem. As a private company, they naturally hope to benefit from this solution. This is one of the important differences between Ripple and the promoters of many other cryptocurrencies. Ripple is in the money business to make money.

This means that the idea of ​​decentralized control that is at the heart of Bitcoin is not part of the Ripple infrastructure. The company raised the seed capital through traditional channels rather than an Initial Coin Offering (ICO). This standard business structure gives Ripple greater credibility with its primary user base and strongly suggests that it has a real competitive advantage over Bitcoin.

Ripple created RippleNet, the world’s first commercially operated blockchain network. This decentralized network is also commonly referred to as ripple. Members use the network to validate vital information and transfer money around the world. It is much more efficient than the SWIFT system and is growing rapidly.

XRP is the cryptocurrency that Ripple (the company) created to work with Ripple (the blockchain). The basic idea is that using a common currency unit makes it easier to record the transactions. Anyone who transfers money converts their home currency to XRP and transfers it. The recipient then converts XRP to their home currency. XRP simply acts as a general accounting entry.

There are several advantages to this approach. First, it separates the transfer itself from the currency markets. It treats the movement in value as an independent event. Ripple and others refer to this as creating an “Internet of Value”. The use of an independent medium of exchange also separates the transfer from the market for US dollars, which is still the most widely used currency in international trade.

In addition, by using a cryptocurrency, it is possible to compensate the blockchain members for recording the transactions and maintaining the blockchain. This in turn attracts other members to the network. As long as the transaction fees are lower than with the alternative forms of money transfer, the remuneration of network members through XRP is a financial “win-win situation”.

The benefits of XRP

The potential benefits of the Ripple network for financial institutions go beyond the ability to generate additional revenue by maintaining the blockchain. In fact, that’s a very small part of the overall equation. The main advantages are the speed with which transactions can be processed, the lower costs and the absolute security of the transfer.

The benefit of reducing the time it takes to transfer money securely from days to seconds is obvious. Banks make money by lending it, and the capital tied up in remittances is a missed opportunity. Likewise, the benefit of lowering business costs is easy to understand. However, the security that the Ripple network offers is at least as important for banks and financial institutions.

Banks and institutions bust checks, just like people. Banks lose significant amounts of money as a result of these failed transactions. In addition, banks will lose their balance with another bank in another country if that bank fails. This is known as counterparty risk and is completely eliminated by the Ripple blockchain and XRP cryptocurrency.

These benefits have fueled XRP adoption and the growth of RippleNet. The company has carefully nurtured this growth both by working with the banking institution and by slowly expanding the blockchain. This nuanced approach by Ripple shows an intimate understanding of the industry they are trying to reshape. Banking is a staid, traditional business that doesn’t respond well to being pushed.

Banks and financial institutions respond positively to the well thought out approach. The Mitsubishi UFJ Financial Group (MUFG), the fifth largest bank in the world by total assets, has signed, as have American Express and the Royal Bank of Canada (RBC), Canada’s second largest bank. The list is getting longer every day as Ripple gains credibility in a very conservative industry.

Ripple was also able to attract top executives from the financial and digital world. These seasoned professionals come from different backgrounds but share the common goal of creating a stable, accepted and robust blockchain for the banking industry. Perhaps the best measure of success in this area is the recruitment of former SWIFT directors. These people see a changing of the guard and want to be on the winning team.

These facts are critical not only to Ripple’s success, but also to the value of XRP. It’s too easy to forget that it is the community of users that creates market value for a cryptocurrency. Bitcoin’s price skyrocketed as more and more investors became willing to use the coin as an investment. Likewise, a growing community of XRP users will determine the value of this coin.