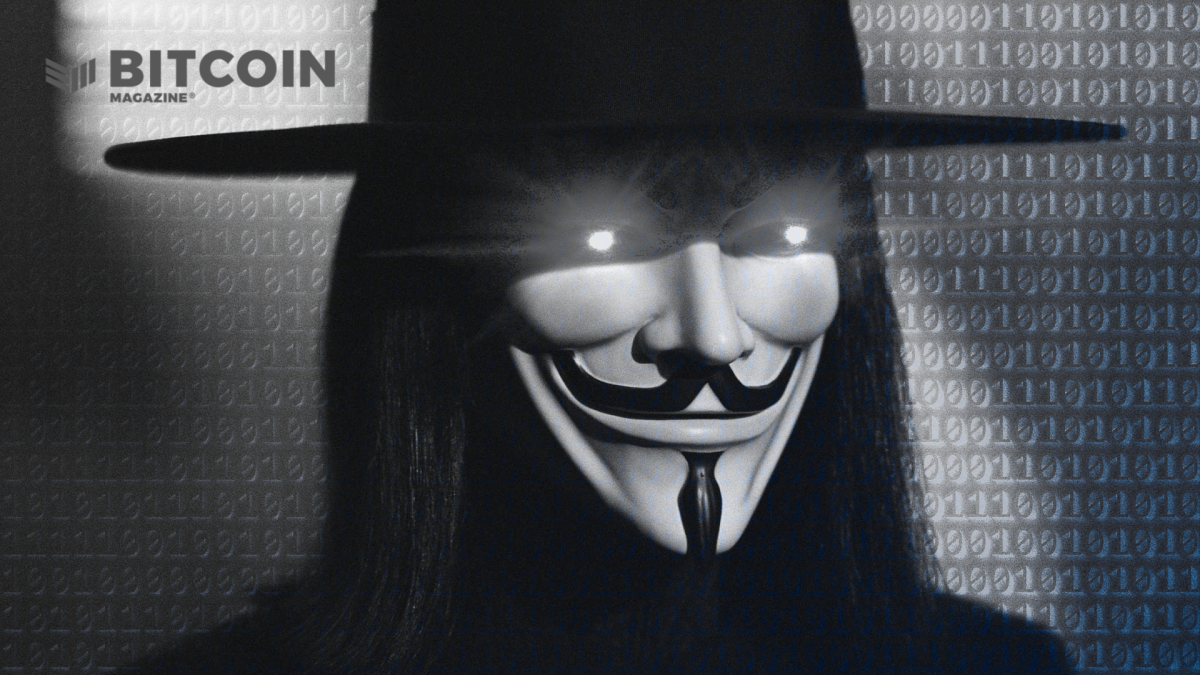 What would free and innovative thinking be without the great Greek philosophers? Could the Golden Age of Islam have existed without Thales of Miletus, Socrates, Plato, Aristotle and Pythagoras? Could the Renaissance have existed without Al-Zahrawi, Abbas ibn Firnas, Al-Biruni, Avicenna, Averroes, Ibn al-Nafis, Muhammad Ibn Musa al-Khwarizmi, Alhazen, Ibn Khaldun? Would the modern science and philosophy of the 19th and 20th centuries have existed without Leonardo Da Vinci, Nicolaus Copernicus, Andreas Vesalius, Francis Bacon, Thomas Aquinas, Isaac Newton, Galileo, Kepler and Descartes?

Socrates, who is considered the father of western philosophy, gave us the innovation of the Socratic method. His ideas of logic and rationalism were radical and eventually inspired the scientific contributions of future philosophers and thinkers. The origins of intellectual thought, humanism, social theory, economic ideas and democracy can be traced back to ancient Greek ideas. The first democracy can probably be traced back to Athens. The attempt to move from a central authoritarian power to a decentralized style of government and representation has been and is of enormous influence on the western democracies of today.

The golden age of Islam – a new innovation.

Mohammad was the initiator of a new rethink that emphasized erudition not only among the elite aristocrats, but among every single citizen. You could say that Mohammad was a catalyst for literacy at a time in the world when literacy and erudition were a minority. Not only was Mohammad a social innovator, but it can be argued that he was also an economic innovator. I am ready to go one step further and identify him as a central figure in the emergence of a forerunner of the form of capitalism and the free market economy that we see today. During his time in Medina, Mohammad created a competing marketplace that eventually overtook other markets in Medina. This was primarily due to the fact that no taxes were levied on goods and services between the various traders. It was radical, innovative and brilliant.

Islam flourished and the empire expanded to the Iberian Peninsula to the west and to the east near what is now Afghanistan and Pakistan. The message that Mohammad and his disciples preached over and over again was an attitude to life, be it in the market or in everyday social interaction. The emphasis on learning to decipher some of the scriptures and secrets of the world mentioned by the Quran created a culture of great philosophers and thinkers. Like the Greeks who gave the torch to the citizens of the Islamic Golden Age, the torch was given to Western Europeans to eventually usher in the Renaissance.

Many great thinkers were influenced by the philosophers of the Arabic-speaking citizens of the Islamic Golden Age. Thomas Aquinas, Fibonacci, Da Vinci, Michelangelo and Copernicus contributed to the explosion of philosophy and art. With the help of Arabic translations of Greek texts, classical Greek philosophy was rediscovered and medieval Europe rose from the ashes of the Middle Ages and the Renaissance that was finally beginning. The Renaissance ushered in a rebirth of intellectual curiosity and free thought. Probably the greatest technology from this time was the printing press. The printing press enabled the development of mass communication. It made the development of the middle class possible. It also removed the centralized accumulation of knowledge from the religious and political authorities and distributed the rebirth of knowledge to the masses. A shift from centralized knowledge accumulation to decentralized knowledge accumulation was ultimately a net gain for society.

The Age of Reason was an extraordinary time brought to us by Isaac Newton, Rene Descartes, and Adam Smith. Since the Renaissance was also known as the rebirth of intellectual curiosity, the Enlightenment can also be described as the rebirth of humanism, which can trace its origins back to Greek philosophy and thought. Humanism was a philosophy that emphasized that reason and autonomy are the fundamental aspects of human existence. A more modern and technological definition would be a shift from centralized thinking, that is, religious central authority and / or centralized governance, to more decentralized individual sovereign thinking. The Enlightenment inspired democracy. We must remember that the United States was created during the Enlightenment. Benjamin Franklin, Thomas Jefferson, and James Madison adopted the ideals when drafting the US Constitution. I would argue that the statement, “We take these truths for granted, that all human beings are created equal, that they are endowed by their Creator with certain inalienable rights, including life, freedom and the pursuit of happiness” “has a humanistic origin and influence.

Our modern age is considered to be the beginning of the industrial age, from around the middle of the 18th century to our present information age. Modernity can be seen as the definitive rise of digital and biotechnology. Before Einstein, there was Isaac Newton and James Clerk Maxwell. Isaac Newton’s discoveries about gravity and optics were the foundations that led to one of the founders and greatest contributors of the technology age, James Clerk Maxwell. When Einstein said he stood on the shoulders of giants, he meant Newton and Maxwell. Maxwell contributed to Newton’s discoveries and went on to combine electricity, magnetism, and light to form the electromagnetic field theory. The association contributed to the discovery of electricity, television and radio.

Here we are now, almost 2,500 years after Socrates and almost 200 years after Maxwell. From electricity → photography → radio → television → computer → internet → smartphone → bitcoin. I would interpret that all great philosophers and thinkers tried to discover and decipher the secrets of the world in order to create a positive web for their societies. One emerging consequence that has struck me with most of the great ideas from ancient times to today has been the emphasis on decentralization and its contribution to a net positive effect on society. I give examples in the article such as the Socratic Method, Islam’s early focus on learning and literacy during its Golden Age, the printing press, and the United States of America. Other examples in modern times are the personal computer, the Internet (or the World Wide Web) and now blockchain technology, more specifically Bitcoin.

The legacy of Satoshi Nakamoto

For the sake of simplicity, we will assume that Satoshi Nakamoto was a person and since Satoshi is a male name in Japanese, we will assume that he is a man. I would equate Satoshi with the great thinkers and philosophers of the past. Given what Satoshi created, I imagine him to be a polymath and scholar. We know he needed to have a clear understanding of mathematical and cryptographic principles, but he needs to know about economic, societal, philosophical and psychological aspects of society. I would assume that he understood the history of societies in the past, how they came about and how they went down. He had to understand the barriers that leaders place in society in order to maintain the status quo. Satoshi’s creation, Bitcoin, was and is a great idea. Not many deny the beauty of Bitcoin’s $ 21 million cap and deflationary nature, security features and bypassing legacy funding through the brilliant idea of ​​self-custody. But let’s stop for a moment and take a deep breath. Myself and so many believe that the largest part and greatest feature that was introduced into Bitcoin was the pseudonymous nature of Satoshi Nakomato and the decentralization of Bitcoin.

Satoshi Nakamoto keeps his identity hidden – what a wonderful quality. Thanks Satoshi Nakamoto for that. I wanted to think and try to find a period or point in time when ideas were pseudonymized. I remember that at the time of Isaac Newton’s writings there was a practice of publishing an idea or a scientific article under a pseudonym. The reason, understandably, was that readers would focus on the idea rather than the author. Publishing under the real name can attack the author, not the idea. This focused the public discourse to revolve around the merits of the actual idea. Satoshi must have known this about society. He knew that the potential social impact of this idea was enormous and that his identity would hamper public discourse.

I want to conclude my thoughts on the most powerful aspect of Satoshi’s creation, which is the decentralized nature of the Bitcoin network. You may have had this before reading this article. Or at least did it catch your eye in the first few parts of this article where I mentioned the importance of decentralization as a net positive for society. In retrospect, it’s obvious now, but it wasn’t so much in 2017 during the proposed debate on larger block sizes. What I didn’t realize in order for a great idea to stay great is that decentralization has to be a part of it. Free thinking, literacy, the printing press, democracy, computers, the internet, and Bitcoin are all great ideas, but they are unlikely to get very far without a decentralized component of the underlying idea. Blockchain technology is a great idea and Bitcoin caught on. Can Bitcoin last 100, 200, 500, 1000 years? Nobody knows. What I’m reasonably confident is that if a new idea comes up that is better than Bitcoin, it will likely be a technology that doesn’t currently exist, and it will have a decentralized component. I think the biggest net benefit that Satoshi’s idea has contributed is that all major societal changes must have decentralization as an inherent and essential component.

This is a guest post by Saleh Isam. The opinions expressed are solely their own and do not necessarily reflect those of BTC, Inc. or Bitcoin Magazine.