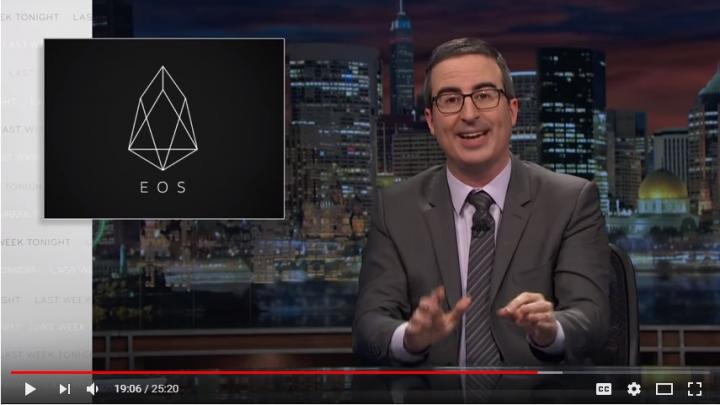 At the end of last month, a group of members of the EOS blockchain community and block producers from around the world met in Hong Kong to introduce the EOS Alliance.

The group describes itself as a “coordinating group” [that] will continue to realize the full potential of EOS … by providing a platform for collaborative, transparent decision-making and information sharing within the EOS community. ”It is funded by private donations, which are capped at $ 1 million per year.

The establishment of the foundation has been described by many as an attempt to unite EOS in the face of some harsh criticism from the crypto community. Despite the fact that EOS was one of the most hyped cryptocurrency projects this year (no fees, high scalability, instant transactions, and strong support for dApps), the hype hasn’t really allayed some serious concerns.

Even John Oliver was fun – he criticized EOS on his TV show Last Week Tonight in March.

The first of these is the ongoing theme of centralization. One of the most popular buzzwords in the blockchain industry is “decentralized,” a term that describes the way in which blockchain networks are stored and maintained. While a centralized network is stored on private servers (usually in one or a small number of locations), a blockchain network is distributed over a network of computers called nodes.

Concerns about centralization on EOS

What does centralization have to do with EOS? Let’s go back for a moment.

EOS is a delegated proof of stake (DPOS) network. To understand what this means, it is important to know that “blocks” are bundles of transaction data that are added linearly to a decentralized ledger and form a chain (hence the name: blockchain).

In a proof-of-work network, blocks are “mined” by the nodes with the greatest computing power (usually the type with the fanciest equipment). In proof-of-stake networks, block producers are selected based on the number of coins they have used (or blocked) on the network.

The security of blockchain networks stems from the fact that they are so decentralized – most major networks have thousands of nodes running constantly and earning token rewards for the work they do to add new blocks to the blockchain. Jeopardizing the integrity of a blockchain network would mean compromising more than half of its nodes.

Block producers could use massive stocks of tokens to choose themselves

Essentially, the concern is that block producers are using their deployed coins to continue voting as such. “Every year there is a maximum inflation of 5% to pay the block producers, which corresponds to 332,476,257 US dollars at the current price of EOS,” wrote the pseudonymous crypto analyst “Crypto Peter Griffin” in a Medium Post. “All of this money goes straight into the pockets of the (probably not much-changing) 21 block producers, giving them even more power and participation in the network.”

Crypto Peter Griffin estimated that block producers are “paid $ 300-30 million annually to cover their costs for a one-time payment of $ 20-22,000 (hardware) + $ 200 a month for a hard-hitting internet connection.” This forms a kind of crypto-oligarchy: Not only do the EOS block producers have immense power and potential control over the EOS network, they are paid an insane amount of money for it.

Indeed, enrolled agent Crystal Stranger told Finance Magnates that, while DPOS works reasonably well for Steemit and maintains its decentralized nature as the tokens are widely distributed to content producers, it does not work as well for a system where tokens are used bought and collected by investors ”. . As with platforms like EOS, power goes into the hands of the richest token holders. “ 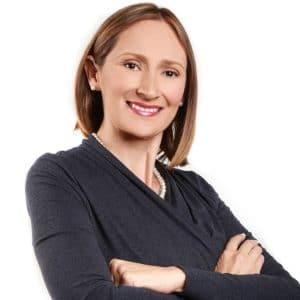 (There is a clause in the EOS constitution that says that no single company can control more than 10 percent of all EOS tokens. However, EOS itself controls about ten percent of the total token supply, another eyebrow-raising factor The wording of the EOS Constitution has also been murmured on the Internet.)

The launch of the EOS mainnet was another hiccup in EOS history that got a lot of attention from the global crypto community.

Just a few days before the planned launch of the EOS mainnet in early June, the Chinese cybersecurity company Qihoo 360 published a report detailing how security holes in the EOS code could be exploited by hackers. The company also said publicly that it had pointed out the weaknesses to the EOS team and that the team would postpone the mainnet launch until the issues were resolved.

EOS clapped back and said: “[the] media incorrectly reported a possible delay in the release of EOSIO V1 due to software vulnerabilities. Our team has already repaired most of them and is working flat out on the rest. EOSIO V1 is on schedule; Please stay up to date for official information on our EOSIO channels. “

The launch of the EOS Mainnet: A New Tomorrow https://t.co/DcPc9ASExE #eoslaunch #eos $ eos

However, just a few days later, EOS announced a bug bounty program. EOS CTO Dan Larimer also tweeted a $ 10,000 reward for bugs found in the EOS code, suggesting many that EOS had concerns about the strength of its own software.

Some in the crypto community felt that EOS had let up a bit – even Qihoo 360 said in its report that the burgeoning nature of the blockchain industry means that technical failures will inevitably happen. With so much money at stake, however, others thought EOS’s potential technical problems were unacceptable.

However, to be fair, the EOS mainnet has been running smoothly since launch.

The EOS ICO has also been the subject of much controversy. Held over 12 months and grossing $ 4 billion, it is one of the largest and longest token sales in history.

The scope of the ICO is not in itself problematic. Rather, concerns centered mostly around the plans for using the money, which (at the time of the ICO) were vague at best.

In fact, at the time the ICO closed, the EOS MVP had not yet been made public. John Oliver threw himself into the EOS ICO during the infamous cryptocurrency segment mentioned above on his TV show, pointing out that while EOS had raised $ 1.5 billion at the time the show aired, it was still “not yet.” started ”. Oliver also pointed to a report in the Wall Street Journal that identified EOS as “a software startup that has no plans to sell software.”

There were a couple of other issues that Oliver mentioned during the segment. He advised his audience to google the words “Brock Pierce Scandal”, which throws an uncomfortable light on Pierce, the co-founder of the network. A childhood movie star, Pierce was implicated in a number of child sex allegations a few years ago. He was removed from his station at EOS after Oliver’s segment.

Aside from the fact that Block.one, the startup behind EOS, is based in the Cayman Islands, all of this didn’t go well for the network. EOS published a winking response (https://medium.com/eosio/dear-john-oliver-6aa5ac5fff26) to Oliver’s criticism, saying that “[agrees] with [his] Message regarding general industry-wide caution. “

Despite the criticism, the ICO was a record-breaking success. Crystal Stranger also noted that “with the $ 4 billion raised, I could envision some excellent projects receiving development grants to build on EOS and these will grow over time.”

The EOS token has since seen its ups and downs along with the rest of the cryptocurrency market. After briefly skyrocketing above USD 20 in May this year, it is now quietly at USD 5. The world is waiting for its next big step. 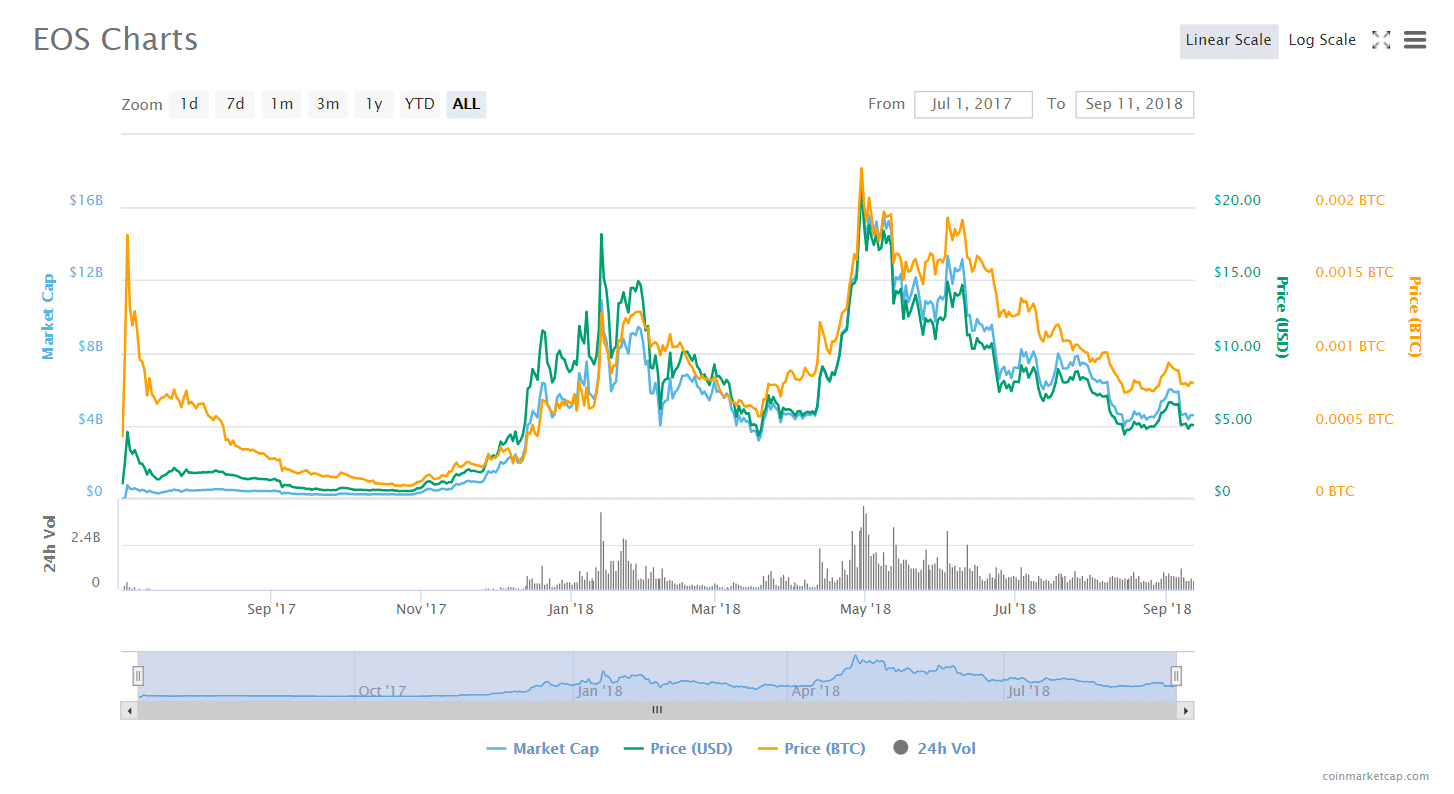 Aside remarks: When Pele and Beckenbauer of the cosmos saw the light of the 1977 power failure

Bitcoin vs Dogecoin: An Honest Comparison