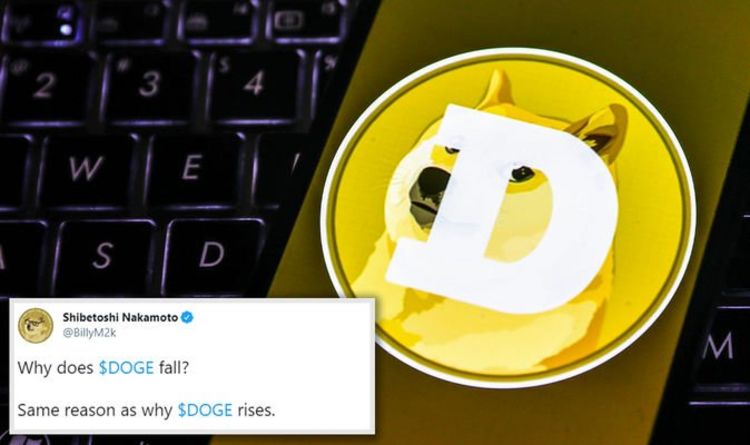 Dogecoin’s dream target of £ 0.72 ($ 1) looked a bit uncertain this week after a month-end rally failed to sustain momentum. After prices rose to an all-time high of £ 0.500845 ($ 0.696495) on Wednesday May 5th, the bears took over, driving Memecoin down. But DOGE made up some of the losses and has been back in the green since Friday morning.

Despite the midweek losses, DOGE owners are still 12,500 percent above last year’s prices, and the token’s market capitalization has outperformed large companies like Twitter and SpaceX.

After trading for fractions of a penny for eight years, Dogecoin entered the mainstream cryptosphere earlier this year and has only grown from strength to strength.

So what drove the meteoric rise of Dogecoin in the crypto markets? After all, the token was created as a meme or online joke in 2013.

Celebrity support and the success of other memestocks like Gamestop (GME) have drawn a lot of attention to Dogecoin.

Above all, the South African billionaire Elon Musk tweeted and spoke frequently about the token, thereby strengthening trust in the “currency of the Internet”.

Since then, TV chef Guy Fieri and US rapper Snoop Dogg have joined him, who also jumped on the DOGE hype train.

Software engineer Billy Markus, who co-developed Dogecoin with Jackson Palmer in 2013, has now shared some of his thoughts on why Dogecoin has been a roller coaster of ups and downs lately.

Mr Markus goes on Twitter under the name Shibetoshi Nakamoto – a reference to Bitcoin’s mysterious creator Satoshi Nakamoto – is still an integral part of the DOGE community, despite handing over the reins of development.

He tweeted on Friday: “Why is $ DOGE falling? For the same reason as why $ DOGE is increasing. Buy and sell. That’s it.

“The crypto room is dominated by emotions and feelings.

“People buy and sell for their own reasons, and these choices move the price.

“Always has been. Markets will market.”

Simply put, the high demand for DOGE – meaning a lot of people buying the token – will drive the price up.

Positive news, public support, and mania can drive the price up by encouraging people to buy.

The opposite is true when large quantities of the cryptocurrency are sold out – prices will start to fall.

There is no way of really knowing which direction a token or stock value is going to go, so you should never invest money on a whim.

If you have been thinking about buying Dogecoin in order to make a profit, you should be aware of the risks involved.

Never invest more money than you are willing to lose.

The Financial Conduct Authority (FCA) said, “If you are investing in crypto assets, be prepared to lose all of your money”.

Mr. Markus himself told his more than 137,000 Twitter followers: “I would like to repeat my current positions because I keep getting new followers:

“- I have no price predictions

“- It is worth everything people are willing to pay

“- The most important thing for me is the community, not the price”