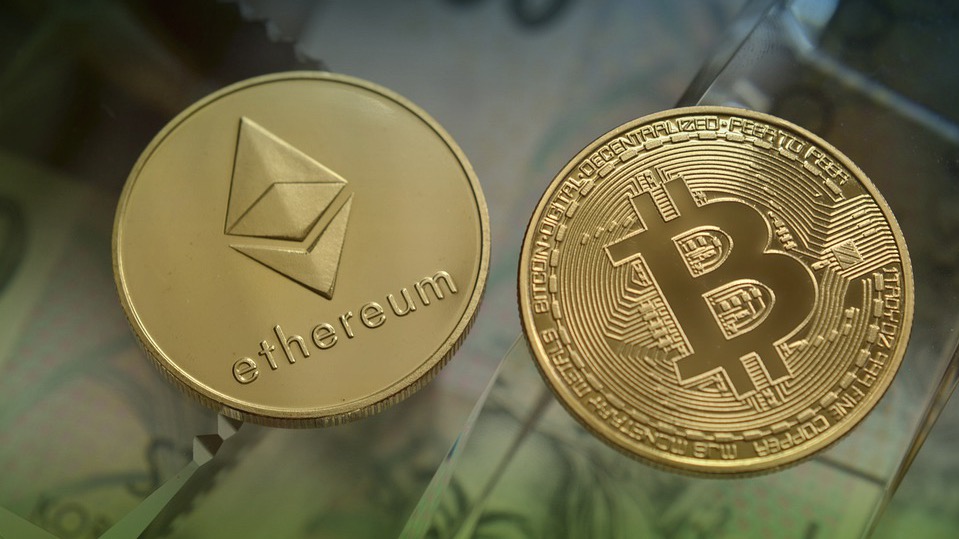 Cryptocurrencies may have started out as alternative currencies and separate asset classes, but with each passing day they are turning the concepts and economics of traditional investments upside down.

Although Bitcoin deserves immense recognition for being the oldest cryptocurrency and paving the way for altcoins to track and diversify their usefulness and use cases over the years, it now stands as the Numero Uno of the crypto kingdom, especially from Ethereum, in competition with others.

Granted, they’re the two largest cryptocurrencies by market cap, with more overlapping similarities than we can count. But on closer inspection, they are completely different animals that were developed for different purposes and with different internal dynamics.

Let’s look at these differences and also examine whether Ethereum has what it takes to replace Bitcoin as the king of cryptocurrencies.

Bitcoin was first released on January 3, 2009, and Ethereum’s live blockchain was first launched on July 30, 2015. Both are created using blockchain technology. Decentralization is the core principle that connects the networks of both cryptocurrencies, and both are inherently digital forms of money or stores of value.

However, the divergence between the two began back in 2013 when Vitalik Buterin published the Ethereum White Paper, arguing that a blockchain can do so much more than just be a money database. This created a split in the application, use, and valuation between Bitcoin and Ethereum.

Bitcoin was designed to secure a decentralized peer-to-peer payment system. It works on a Proof-of-Work (PoW) system, which means that one has to solve complex math problems in order to move the blockchain forward.

Ethereum, on the other hand, is so much more than just a payment system. It is a decentralized platform that (a) executes smart contracts and (b) enables developers to build other crypto-oriented apps (e.g. DeFi, NFT, DAO) on it. The Ethereum network also processes transactions faster than Bitcoin and is less energy intensive. In addition, many cryptocurrencies are actually issued over the Ethereum network, which gives it the character of a crypto repository.

There is also a fundamental difference in the functionality of Ethereum. It is currently in the transition from the PoW to the Proof-of-Stake (PoS) system. This means that unlike in the past when miners with the most math solving skills (and computing power) had an advantage in creating new tokens, now miners with the largest ownership interests have an advantage.

The bottom line is that Ethereum is more versatile than Bitcoin with a far greater number of use cases. Its flexibility gives its blockchain network limitless potential.

Allow us to answer a few questions that have been brewing in your brain.

One. Why did developers choose Ethereum as the computing platform for building apps and not Bitcoin?

Part of that has to do with history. Ethereum was invented in the early years by some progressive crypto developers as an alternative to Bitcoin, whose proposals to diversify the Bitcoin blockchain were blocked by the Bitcoin maximalists who wanted to keep it “simple”.

So the developers went ahead and created a new blockchain with a new scripting language called Solidity. This script or code, unlike Bitcoin, had loops. Loops that could be used to host more complex and diverse smart contracts than Bitcoin.

Two. Then why is Bitcoin more valuable?

This is due to its limited supply. There will only ever be 21 million Bitcoin tokens, which makes them a finite reserve and therefore, among other things, the prospect of their scarcity increases their value.

Bitcoin is still the leader among cryptocurrencies. But its potential is not exactly limitless. The finiteness of its availability is the number one limit. Limit number two is the fact that it is a highly speculative asset that is not backed by anything despite a trillion dollar market cap. Bitcoin was designed primarily for one purpose – to enable blockchain-enabled money transfers, or essentially to be a cash substitute.

Ethereum includes not only this purpose but others as well, which makes it a general purpose blockchain. Its derivative and accommodative nature offers space for the creation of other software and applications to complement the growth of the blockchain and also generate further opportunities.

One of the upgrades that have been incorporated into Ethereum’s new and improved format (Ethereum 2.0) is sharding. Sharding is basically the pinnacle of decentralized blockchain technology, which ensures that the speed and efficiency of the data verification process in the chain is not hindered by the slowest participant. Instead, it enables parallel verification, which increases capacity.

It is this flexibility of Ethereum that has drawn the developer community to it. Its higher innovation index remains key to its advantage over Bitcoin. What this further proves is the fact that people are now actually starting to keep their bitcoins on the Ethereum chain. This is known as “packaged bitcoin”.

For information: The native token of the Ethereum chain is called Ether (ETH). Other altcoins that reflect Ethereum are Cardano (ADA) and Solana (SOL).

However, the transition from PoW to PoS systems seems to make sense in order to avoid enormous computing power (and thus to reduce the CO2 footprint). Yet it is still flawed.

At PoS, users now have to deposit securities or “stakes” in the form of ETH. Miners are being replaced by “validators”. However, this also means that large-scale validators can have undue influence on transaction verification, potentially leading to forgeries.

The next success factor of Ethereum is the issue of scalability. With its diverse and multi-dimensional applications, the Ethereum network is often prone to congestion. This essentially overloads the chain and reduces the transaction speed to as low as 15 per second.

When the transaction speed is reduced, the transaction costs, known as “gas charges”, increase, which makes it unsustainable for people to opt for the network after a certain point. These issues have led many users to switch to Ethereum-identical networks like Cardano or Solana. The Ethereum 2.0 overhaul is expected to alleviate these issues (throughput: 15,000 transactions per second), but that’s still a process in development.

Bitcoin is also comparatively more stable in price than Ethereum due to its oversized market capitalization and longer presence. Bitcoin’s mainstay has also made it the most popular entry point for investing in cryptocurrencies. The revision of crypto regulation, which is slowly taking place worldwide, has also favored Bitcoin as its ship so far (ETFs etc.).

In any case, the successes of Bitcoin and Ethereum are not mutually exclusive. In fact, if one studies their technical usefulness points, it becomes clear that they are characteristically different. If Bitcoin is digital gold, Ethereum is electricity. Ethereum is a supercomputer engine that powers the DeFi world, while Bitcoin is a secure store of value. They are both still in their infancy and it may be premature to predict their long-term supremacy.

However, if the famous Silicon Valley ethos of “move fast and break things” is an indication of success, then we are betting on the rapidly evolving and all-encompassing Ethereum.

The breakneck world of business and finance means there is fresh news every day. But don’t worry, we have you. Subscribe to TRANSFIN. EOD and receive comments like the above straight to your inbox.

How the Hubble Telescope opened a new window in the cosmos