With the White House backing for XRP, what’s next for Ripple and the American dollar? 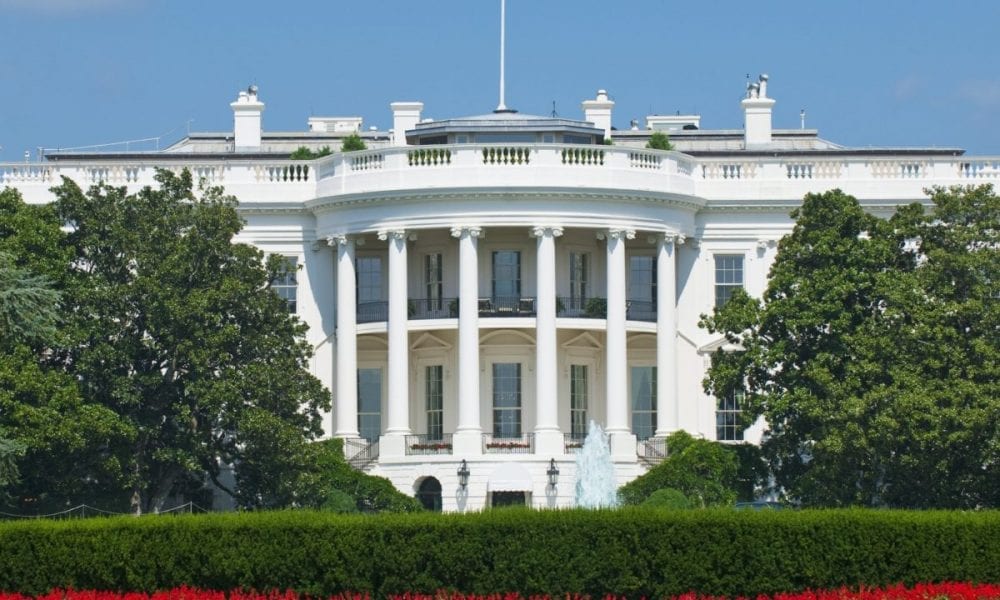 Several technologies are emerging that have a good chance of destabilizing and reorganizing global economic power as we understand it. Artificial intelligence is increasingly viewed as a guarantor of the health of a nation’s technology investments. And blockchain is not far behind now that most developed country governments plan to use less strictly regulated and more decentralized currencies to their advantage.

Unsurprisingly, the Trump administration was not immune to this high-tech superiority. Right after China’s Bitmain, which has secured its place as the miner of half of the world’s cryptocurrencies, the White House is looking for ways to improve its own crypto penetration in the globalizing world. Your answer could be a new national standard for the cryptocurrency protocol that is putting Bitcoin – and China – back in their “place”. This could mean the launch of Ripple-led XRP as the country’s de facto cryptocurrency.

What is XRP and why now?

To put it very simply, XRP is a blockchain-based protocol that is believed to be Bitcoin’s main competitor. As we have seen, it works differently in essential ways, but offers most of the same advantages – namely, that it is more secure, creates trust between business partners, and speeds up critical financial transactions and money transfers.

The White House hopes that by publicly supporting the XRP protocol, it will encourage additional buy-in and some of the 80 percent market share the cryptocurrency mining scene that China is currently enjoying. Their aim is, in part, to circumvent the problem of overcoming China’s current lead in crypto domination by supporting a protocol that initially does not require mining.

In other words, where people and states with the necessary equipment can create bitcoins, each of the current 20 billion “ripple coins” was created in 2012 when the protocol was first introduced. Make no mistake – the diffusion and distribution of this currency has been a very systematic and “centralized” process over the past few years. In fact, widespread adoption of this currency at the national level would look much more like the way a central bank or federal reserve works than the image most consumers have in mind when they think of “cryptocurrency.”

For its part, China does not seem to be pursuing the dream of a truly decentralized and democratized currency either. The current administration has administration the mining of bitcoins by third parties is prohibited. The result is another pillar in the ongoing trade war America and China have waged recently. It is obvious that the political and economic power structures of these two nations are weighing their options and interests here – not private individuals who are interested in a more stable currency for a more stable world.

China’s Bitmain Technologies is headquartered in Beijing and the success of multiple acquisitions has led to its market dominance. It counts several other companies as subsidiaries including AntPool, BTC.com and Hashnest. Bitmain controls about half of the bitcoins currently in circulation worldwide, while XRP controls about 60 percent of the current XRP supply.

America’s PR push to secure Ripple and XRP as the dominant force over China, Bitcoin and Bitmain has been quite noisy – and has produced mixed results so far. At his “Swell” event in San Francisco, former President Bill Clinton, along with economists and other keynote speakers, couldn’t generate enough positive feedback to keep XRP stock from falling 13 percent while the event was still going on. It has now stabilized.

As mentioned above, Ripple itself owns about 60 percent of the currently existing XRP tokens, although it has control of only 10 of the 150 official validators associated with the currency. This has led to many experts who raise questions about the real value of the currency compared to the perceived “decentralization”. Also noteworthy is the greater inherent environmental friendliness of the currency compared to Bitcoin. XRP is not mined using power hungry devices like Bitcoin, leading some to believe that XRP is a more solid long-term choice for a national cryptocurrency standard – especially if this country has ambitions to eventually turn the tide of man-made climate change caused by reckless energy use .

The American dollar on the balance sheet

As mentioned earlier, former President Bill Clinton’s speech for XRP at the Swell Conference did not win over many hearts and minds. This can only be achieved through acceptance by a larger part of the population and a larger stable of established business partners. When Ripple brought three new finance partners on board – MercuryFX, Cuallix, and Catalyst Corporate Credit Union – Ripple’s share price rose 100 percent.

When the White House publicly stated that it saw Ripple as the United States’ answer to China’s current cryptocurrency hegemony, what was the result?

Although Ripple corporate leaders are reportedly in active talks with the Trump administration, little has been released about what the parties were discussing or what it could mean for Ripple’s future. However, the acceptance of this bitcoin alternative continues. In addition to the three major financial partners mentioned above, Ripple and XRP have also teamed up with Santander to build a cross-border currency exchange based on blockchain technology. The result is a faster way to send money across borders at a time when currencies are more in flux than ever.

It is this more agile, powerful, and timely exchange and exchange of currencies that is likely fueling the Trump administration’s desire to position XRP as a viable international contender for Bitcoin’s current market share. Amid talks about the “collapse” of the American dollar – or at least fallen out of favor in some parts of the world as America’s standard dominance seems to be waning overall – is the rise of state-sponsored cryptocurrencies.

In other words: China is only one of several international voices that are actively involved looking for a way to get the US dollar as a de facto trading currency – especially since the value of the dollar continues to grow unpredictably and the euro, as the second-placed currency, is experiencing its own debt crisis.

Cryptocurrencies are one of the best avenues right now as large countries view money itself as the key to global domination. Whether their approach uses the natural advantages of cryptocurrency or actively undermines them is an open question at this point. Both the Chinese practice of restricting mining and the American approach of supporting a less “open” protocol seem to completely miss the point of blockchain. They secure the interests of the established powers at the expense of the public.

EXPLORER: What is Tether and USDT?