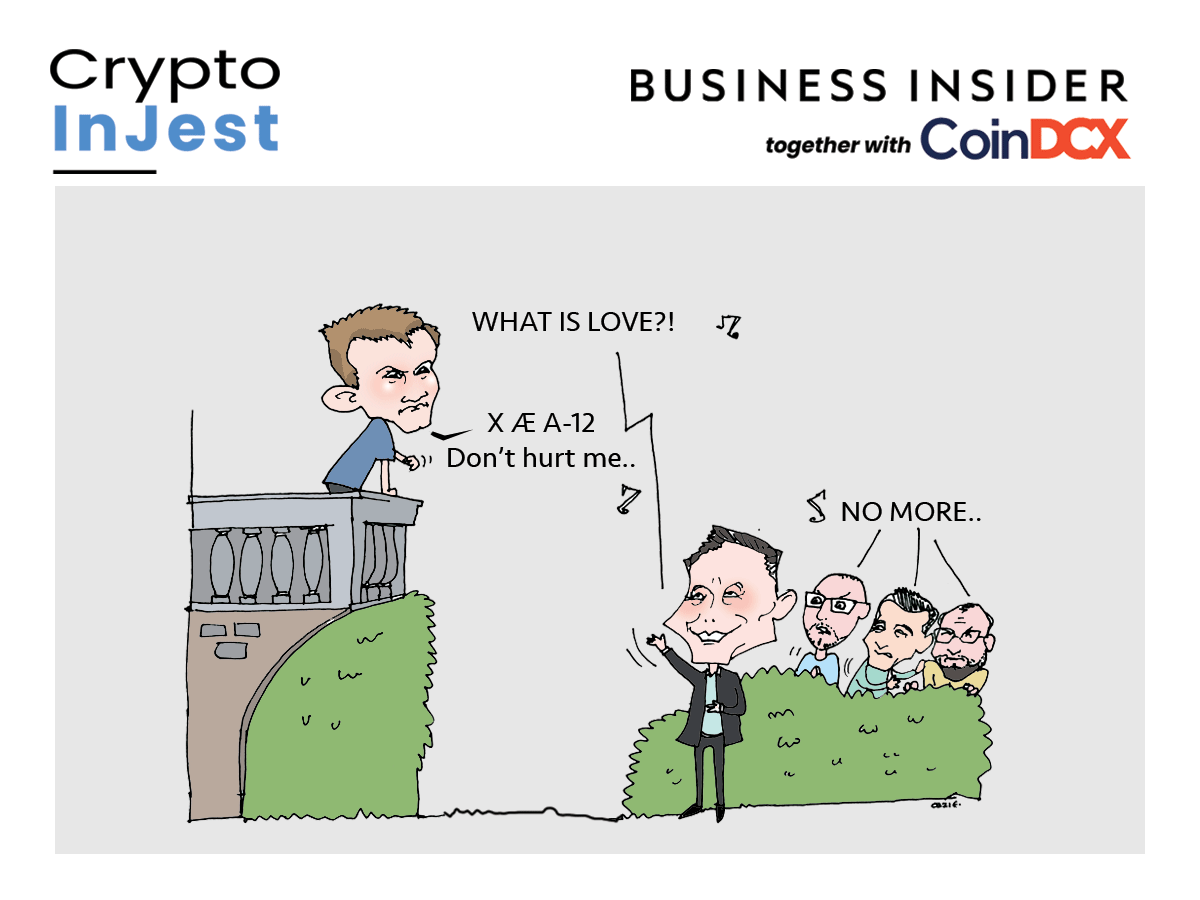 Tech billionaire Elon Musk jumped at an “Ask Me Everything” (AMA) session hosted by Ethereum co-founder Vitalik Buterin to ask one of the greatest existential questions of all time – what is love?

Buterin, who is also a Dogecoin enthusiast like Musk, replied: “X AE A-12 don’t hurt me …” which means that Musk feels love for his son – he wants to keep him away from all the pain in the world.

Other big questions about life and the universe included what Buterin changed his mind about, the extension of life, the obvious uses of crypto that is being ignored by the public, and more. However, his findings from the Ethereum project seem to have drawn the most glances.

When asked what his biggest regret is from his Ethereum trip, Buterin’s answer was simple – the whole “8 Co-Founders” thing.


@ sunnya97 The whole thing with the “8 co-founders” (and their selection so quickly and indiscriminately).

For those unfamiliar with the history of Ethereum, the blockchain platform has more co-founders than is common for a single project – eight to be precise. And everyone came on board with their own agenda and idea of ​​what Ethereum should be.

The platform was originally described in a whitepaper by Buterin in 2013 with the aim of building decentralized applications. But he wanted more people to lead the formative phases of cryptocurrency.

In 2014 that list included Mihai Alisie, Anthony Di Iorio, Amir Chetrit, Charles Hoskinson, Gavin Wood, Jeffrey Wilcke, and Joseph Lubin. The collaboration came together more like the “Fellowship of Ethereum” and became more of an example of too many cooks in the kitchen.

@ el33th4xor people are more difficult to coordinate in small groups than I expected. You can’t just get everyone to … https://t.co/3QkJZAKvLn

Hoskinson – who was once the CEO of Ethereum – is now the founder of Cardano, the third largest cryptocurrency on the market. Similarly, Wood built Polkadot, which is also among the top 10 blockchain platforms by market capitalization. Lubin, on the other hand, launched Consensys – an incubator for other blockchain startups.